It would be a burden on senior citizens or challenged citizens to take care of too many pets, in such cases the number of new pets can be mandated... 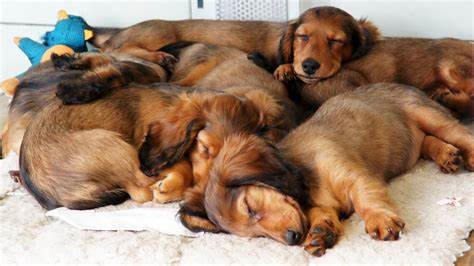 We Asked: Do you think one household should be allowed to keep only two dogs/pets in urban residential areas?

Household has a very broad and dynamic definition. A house can be as small as one room, our as large with multiple rooms and terrace and gardens. It is unfair to any household to put a blanket limit on the number of pets it can keep. Ideally, number of pets should be allotted by the size of a home and the number of people staying in a home. That would enable comfortable elbow space to all residents - humans and non-humans. It is important that each gets enough and comfortable living space. Another aspect would be whether the pet parent is physically and mentally able to provide care for their pets. It would be a burden on senior citizens or challenged citizens to take care of too many pets, in such cases the number of new pets can be mandated. The word "pets", also has a large definition. Some issues are very easy to maintain, like fish or small birds, others like large dogs are just the opposite. So, this is a debatable topic, and if any decision is to be made, it has to be done after detailed deliberations. - Shakuntala Majumdaar, president, Thane CPCA

In recent times we have seen a rise in people and animal bonding, especially with dogs because of their warm and friendly nature. The covid scenario also contributed to this, what with people confined to their homes with no social life and their pets becoming their ‘go to companion’ who relieved them of their stress and frustration. However, in our society not all people can be called pet lovers and so to maintain an equality among people the government of various cities in India like Delhi, Chandigarh and Bengaluru have laid down specific rules about owning dogs/pets. One such rule is to allow one household in any urban residential area to keep only two dogs/pets which is a debatable topic. It has its own pros and cons. Having two or more dogs/pets surely is a welcome thought because they become our comfort partner when we feel low. Coming home after a hard day at work and being welcomed by your furry friends is an endearing thought. They are our adventure companions as well as our couch partner too but it is also seen that while many dogs may be comfortable in a home with another dog/pet, some may not adapt or adjust to this setting. Also having multiple pets may lead to noise and pet fights and may create stress and anxiety in the pets which may lead to problem behaviour in them. Such behavioural problem may lead the dog/pet being violent and biting people. This will be a big problem for the owner and may even cause litigation issues for him/her. Having more dogs puts pressure on one’s finances too. It would also require your time and involvement. Taking care and bringing up a dog/pet is no less than bringing up a child and so one must be ready to handle such pressures. -Tulika Dasgupta, homemaker

Nowadays every newspaper reports almost daily fatal cases of children playing in common open spaces/lawns/parks in residential societies due to dog bites in cities. A lot of discussions going on news channels/social media in favour and against dog/pet lovers due to a sudden increase in dog bite cases. The question arises whether households should be allowed to keep dogs/pets in urban areas, if yes then what should be the maximum number allowed per household? To analyze this, we should understand first the living conditions, and circumstances prevailing in urban areas then only can we come to conclusion that what number of dogs/pets should be allowed or what should be an optimum number to be kept of pets in a home in the public interest. Nowadays in urban areas the density of the population increasing at an accelerating rate. Townships are spreading in height rather than in land area. High-rise buildings are now need of the day in present urban residential areas. Most of the population now living in flats or shifting to flats because of present living conditions/prevailing circumstances such as nuclear family culture, security reasons in independent houses, high cost of the initial investment in independent houses & difficulties in maintenance of open areas due to unavailability/high-cost issues of skilled manpower required for the same. As far as the issue concern to keeping even one dog/pet in a flat, it is becoming difficult because carrying the pets in a lift and taking them for an outing in the limited open area of society campus, irritates pets resulting nowadays in frequent cases of dog bites to small children in lift & open spaces/park/lawns inside residential society. Noida, Greater Noida & Ghaziabad Development Authorities have recently framed new strict rules describing the few breeds of dogs which are not allowed to keep as pets and a set of rules to be followed in taking them in lift & for outings/roaming in a common open area of the society keeping in mind the increasing case of dog bite resulting in the fatality of playing children in the campus. In view of the above-discussed facts, I am of the view that one household should keep only the breeds of dog/pets allowed by Development Authorities and preferably only one in number but not to exceed more than two in any case. - Anuj Kumar Saxena, district forest officer (retd), UP Forest Department

Not so clear on the number of pets per household

In America, for example, if you live in a rural area, the number of dogs you can own is not restricted. However, if you live in a city, there is a general rule of two to three dogs allowed per household. There is no current limit on the number of dogs you can own in the UK. However, in India, some municipalities are trying to bring in two pets per household in cities like Lucknow (register them and get their registrations renewed every year) to ensure the welfare of the animals as well as the convenience of the locals. However, this proposal is not going down too well with pet lovers. In Lucknow, recently the municipal corporation had also used its power to take into custody a dog that had fatally injured its owner. Soon after, there was a furor by various residential societies banning pets or not giving flats to those with pets. However, Under Section 9(k) of the Prevention of Cruelty to Animals Act, 1960, it is illegal for housing societies to pass pet bye-laws that disallow pets, not even if the majority of residents of the society vote for it. The Animal Welfare Board of India (AWBI) guidelines make it clear that even if the majority of residents want it, RWAs and Apartment Owners Associations (AOAs) cannot legally introduce any ban on keeping pet dogs “In trying to ban pets or limit their numbers, RWAs and AOAs interfere with the fundamental freedom guaranteed to citizens of the country, their freedom to live with or without companion animals,” Anjali Sharma, advocate and a former member of AWBI. Societies cannot prevent people who have pets from renting houses. According to AWBI guidelines, pets cannot be debarred by RWAs from using lifts or parks. Housing societies also cannot cite dog barking as a valid and compelling reason for any proposed ban or restrictions. But pet owners should ensure that barking does not cause a nuisance to neighbours, especially at night. Was cannot insist that ‘small’ sized dogs are acceptable and ‘large’ sized dogs are not. “Neither can they restrict the breed of dogs allowed (for example large dog breeds like Great Danes, Saint Bernard etc.). In a nutshell, intimidating a pet owner to abandon a pet is considered abetting a violation of the law.

Topic of the month: Do you think turning Lucknow’s peaceful Kukrail tortoise sanctuary into a night safari is a good idea?  You may send your views (either in Hindi or English) in 300 words at [email protected] Please also attach a colour photo of yourself.