Goa has so many beautiful Churches and at every turn you take, you spot a cute church or a chapel... 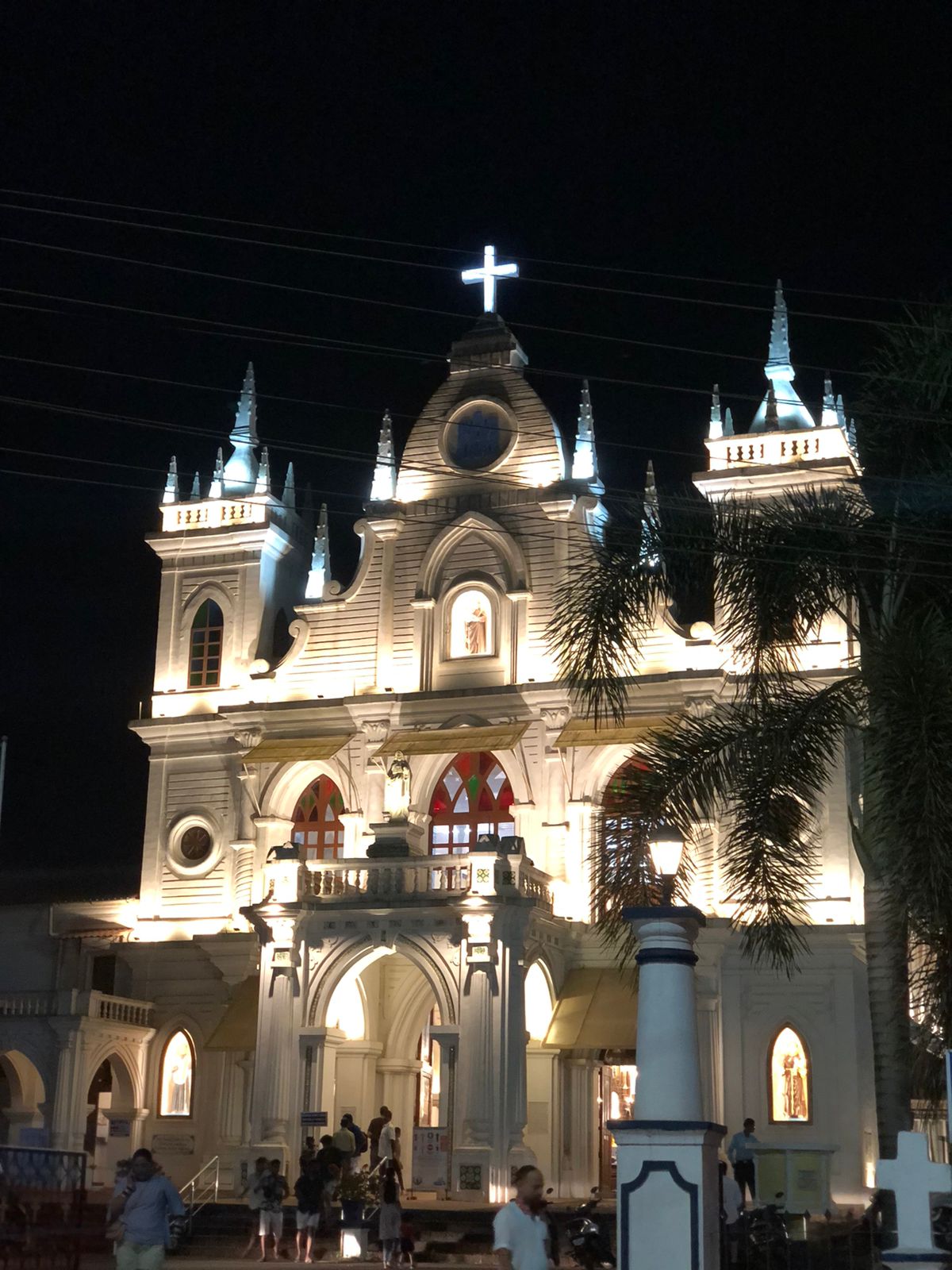 Traveling to Goa is often hailed as a sign of attaining adolescent in India. The long-stretched coastline promises a new kind of free. You do not visit Goa just once. You want to live there, get drunk on the intangible elixir that Arabian Sea serves with salty breeze! I visited Goa to attend a friend’s wedding and then stayed back a week to explore the hype that I have been listening to for years between a lot of failed Goa trip plannings which are an incumbent part of Indian Millennial’s growing up experience! Then life happened and I visited Goa for the first time, it was simply the most amazing experience.

We stayed at Panjim in a beautiful BnB for the first couple of days which had a view of the sea. Panjim offers a lot of hidden gems of Goa. There was an art gallery cafe called ‘Cafe El Fresco’ which had a very small yet interesting and delicious menu. Panjim also has a great collection of cashews of super quality and they are even exported to different countries. They also have a local drink called ‘Feni’ which is made from cashews and is very famous across. Also, you can find a number of sea casinos that have their own lavish setup.

Then we moved to Colva which is the South of Goa and the beaches there were really clean and had shacks where you could eat and drink whilst having a view of the sea. After that, we moved up to North Goa- around Assagao and Morjim -which was the highlight of the trip. We booked a BnB in Morjim which had its own cafe called ‘The Bodhi Tree Cafe’ and it had an excellent assortment of food and drinks. Then we hired a Scooty, which is the most common mode of transport for tourists in Goa. A lot of Europeans, Russians & foreigners stay in these parts of Goa which makes it a really good environment to have around. We went to the Ashwem beach and it was literally so clean and quiet that we sat there for hours and there was very less crowd and some shacks that offered food & drinks. You could spot a lot of crabs and sea shells on the sand coming from the waves and going back to the sea while you’re there.

We also found a number of fluffy dogs there who were so nice & welcoming. We also explored areas around Vagator, Anjuna, Baga, and Aguada Fort and they all have so many good restaurants on the beaches, amazing artistic cafes, shacks that have such amazing music, and such clean and broad roads. There were so many cafes we went to, but the one that struck me was ‘Arjuna Cafe’ in Arjuna which is an art-inspired cafe with a lot of paintings, books, great music and food and has a huge space for exhibiting and showcasing artworks. Also, Anjuna beach has a lot of fishermen’s shacks and you can spot fresh fish being brought back from the ocean.

Goa has so many beautiful Churches and at every turn you take, you spot a cute church or a chapel. The people of Goa are also so helpful and very much rooted in their culture and it is a place that I’m going to visit again because there is so much that I couldn’t see in such less time!