The pancreas is located between the spine and stomach. The pancreas is a gland that secretes hormones that a person needs to survive, including insulin... 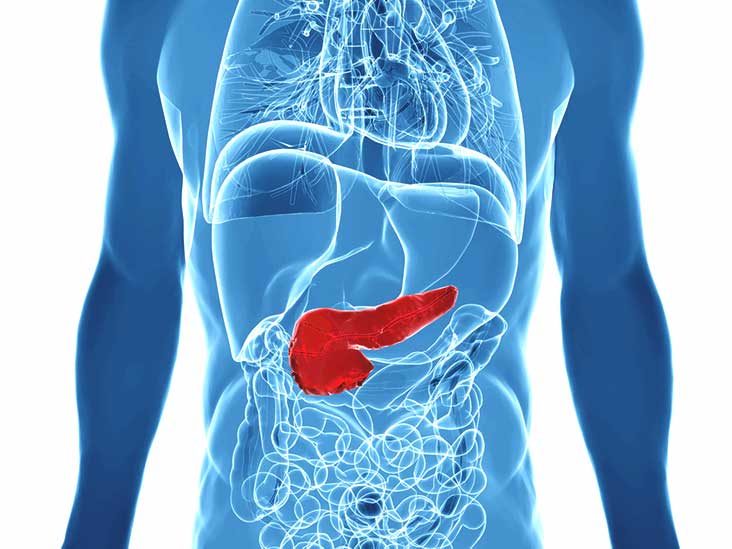 The writer is senior consultant  gastroenterologist, hepatologist & endoscopist and is running a successful medical Centre in Lucknow

The pancreas is located between the spine and stomach. The pancreas is a gland that secretes hormones that a person needs to survive, including insulin. Decades ago, serious problems with the pancreas were almost always fatal. Now, it is possible for people to live without  pancreas. While it is possible to live without a pancreas, doctors only recommend removing a pancreas when a person has a serious medical condition such as severe recurrent pancreatitis or pancreatic cancer. In most cases, medical treatments can take the place of the pancreas, but people living without a pancreas require diligent monitoring and medical care. Removal of the pancreas also means a person will have to make a variety of lifestyle changes that can be tough to adjust to.

Surgery to remove the pancreas is called pancreatectomy. The surgery can be partial, removing only the diseased portion of the pancreas, or a surgeon may remove the entire pancreas. A complete pancreatectomy that removes the entire pancreas also requires the removal of parts of the stomach, a portion of the small intestine called the duodenum, and the end of the bile duct. The gallbladder and the spleen may be removed as well. This extensive surgery can be dangerous and life-changing. After a pancreatectomy, a person will develop diabetes. They need to change their diet and lifestyle and will have to take insulin for the rest of their lives. People who cannot produce enough insulin develop diabetes, which is why removing the pancreas automatically triggers the condition. Removing the pancreas can also reduce the body’s ability to absorb nutrients from food. Without artificial insulin injections and digestive enzymes, a person without a pancreas cannot survive. One 2016 study found that about three-quarters of people without cancer survived at least 7 years following pancreas removal. Among those with cancer, 7-year survival rates ranged from 30-64 percent, depending on the type of cancer they had and the degree to which it had spread.

What does the pancreas do?

When the body does not create insulin, it cannot use glucose from food and blood sugar levels increase. Located deep in the abdomen between the stomach and spine, the pancreas is a flat, leaf-shaped gland. Glands are organs that secrete chemicals the body needs to function. The pancreas is divided into three parts: A wide end called the head, a thin end called the tail, and a middle portion called the body. The pancreas makes insulin, a hormone that regulates blood sugar. When the body does not produce insulin, blood sugar levels (blood glucose) can become dangerously high.

Why would the pancreas be removed?

Doctors may remove the pancreas for several reasons, including:

Pancreatic cancer is one of the deadliest cancers. Just 7 percent of people with this type of cancer live longer than 5 years following their diagnosis. This is primarily because pancreatic cancer is hard to detect in its early stages, which allows it to spread to other organs. There are two types of surgery for pancreatic cancer: Curative surgery, which is used to remove all cancer, potentially curing the person. This type of surgery must take place before the disease has spread, and Palliative surgery, which is used to prolong the life of the person and reduce the severity of some symptoms.

Intraductal papillary mucinous neoplasms (IPMN) are precancerous tumours that grow in the ducts of the pancreas. They can develop into cancer if left untreated. A doctor may sometimes recommend removing all or a portion of the pancreas to prevent the tumours from becoming cancerous

Removing the pancreas is not the only treatment for any of these conditions. A doctor will evaluate the risks and benefits of surgery with the person, and consider their overall health when deciding the best treatment option.

Following surgery to remove a pancreas, eating a low-sugar diabetes diet is essential. A person will remain in the hospital for several days to several weeks after surgery, depending on their condition. In the days following surgery, the person will be on a liquid diet, with solid foods slowly added in over time. It is normal to feel pain in the days following surgery, and it can take several months to fully regain strength. The person will be unable to drive for 2-3 weeks following surgery. It is possible to live a healthy life without a pancreas, but doing so requires on-going medical care. Pancreas removal causes diabetes, and can change the body’s ability to digest food. This requires lifelong diabetes treatment, including eating a low-sugar, low-carbohydrate diabetes diet. The doctor may recommend eating several smaller meals each day to avoid blood sugar spikes. Avoiding drugs and alcohol can help maintain long-term health. The person will need regular insulin injections. In some cases, these injections might be replaced by an insulin pump. It may be necessary to take digestive enzymes with each meal to ensure the food is properly absorbed.

The outlook for people without a pancreas depends on why the pancreas was removed. People with pancreatic cancer may still require cancer treatments if it has spread to other areas of the body. For other people, removing the pancreas fully cures their condition. With proper medical care, lifestyle and diet changes, and a commitment to taking insulin as needed, it is possible to lead a relatively normal and healthy life.

Animal rights activists must think outside the box