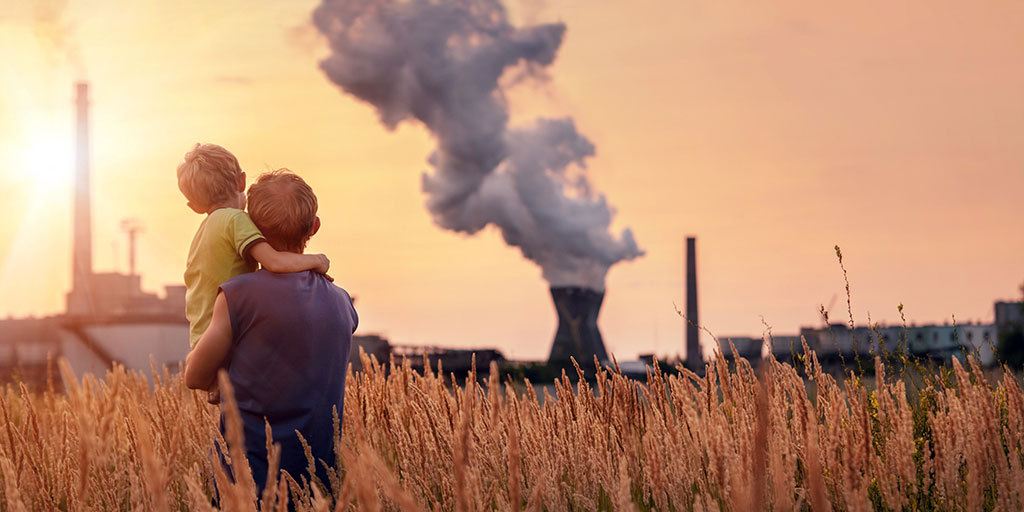 We Asked: Do you think in the unlock phases, there has been a marked change in air quality and the pollution levels of all kinds – noise, air, water – have started showing symptoms of revival? How should we, and the government, deal with this?

The long, long, lockdown forced upon the citizens on account of the COVID-19 pandemic was an attempt by the State to contain the spread of the virus. Whether or not the State succeeded in its mission is yet to be seen as the numbers have risen during the lockdown and more since the phases of unlocking began. What did result, however, on account of the lockdown was a general improvement in the air quality and a remarkable dip in levels of pollution and pollutants—noise, air, and water. Clear blue skies were a clear indication of the change that had taken place on account of the restrictions that had been imposed on people and all forms of traffic. It seemed as if we were living in a different world altogether—a more pristine existence, inconceivable at other times. The different phases of “unlocking” allowing for greater freedoms of movement and traffic are now beginning to reverse the process and one can notice again the revival of pollutants that have plagued us for decades. The once silent streets are now busy once again and the honking of horns, bothersome though they may be, rule the roost.The renewal of travel—in-state, intra-state, inter-state, and nationwide—by automobiles, railways and air are beginning to impact the air quality again. Given the pressures on the economy and the need to move on, I do not believe it would be possible for the government to continue with lockdown or partial lockdown conditions any more. This is a fact that nations around the world affected by the pandemic have recognized and accepted. What the government can do is to strictly implement and enforce the environmental laws that are already on the books and are pretty good overall. We individuals can also contribute to alleviating the situation. Having been witness to the benefits of the lockdown, we can cultivate habits in our personal lives that could impact the environment positively. -Surojit Mohan Gupta

This pandemic has given Mother Nature the much-needed time and chance to heal herself.                  People from across the country reported seeing such sights which they had only heard of. Mountain peaks visible clearly from 200 km., sightings of animals and birds which were in the endangered list, animals coming out from their wild habitat and roaming freely on city roads and many other such natural wonders which one can just hope or imagine to see became a reality. All this happened because of no or restricted movement of vehicles and crowd of people. But as they say change is the only constant. After a rigorous lockdown period of 3 months, the government started its phased Unlock from 8th of June. Though this Unlock phase has started to revive the economy, it has also impacted the environment adversely. With the restrictions being lifted on the movement of people and traffic and resuming of most commercial activities, the environmental hazards have also revived. The ‘Unlock 1.0’ saw an increase in pollution levels, particularly air pollution, in cities like Delhi, Kolkata, Mumbai, Chennai, Hyderabad and Bengaluru by 2 to 6 times. This is not good news for our environment which had started showing signs of healing up. The government should put a proper strategy in place so that the situation does not worsen. Stricter implementation of control measures and systematic changes need to be made by the government to maintain the low level of pollution it had witnessed during lockdown. The factories, vehicles and other commercial activities, which are a major source of pollution, need to be revamped with newer and more environment friendly measures and technology. Use of electric vehicles and public transport should be encouraged. Industries and factories should make sure that they treat their wastes before releasing it in the waterbodies. Not only the government but we as individuals also can do our bit to save the environment. -Tulika Dasgupta

Topic of the month: Do you think many environmentally hazardous activities are being allowed in haste to revive economy? Which would you call more hazardous and why? What would be possible solutions as per you? You may send your views in 200 words at [email protected] Please also attach a colour photo of yourself.