Rather than building massive dams, focus should be on small projects that would be helpful in providing local energy supply... 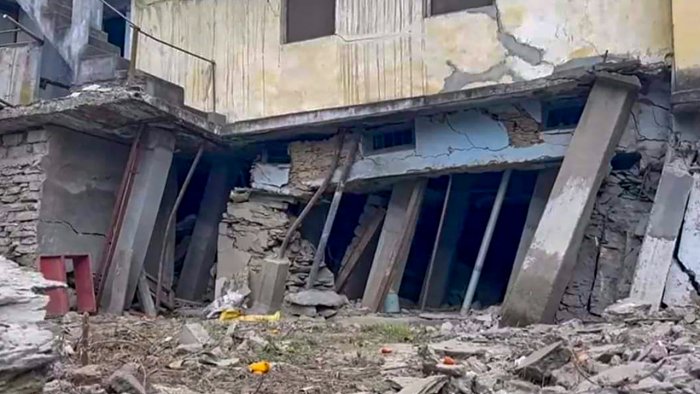 Many raised a red flag against a massive infrastructural project called the Char Dham road project that is being implemented in the Uttarakhand Himalaya. It is indeed turning out to be an unscientific road-construction project with catastrophic consequences for the mountain ecology. The Armed Forces and the authorities, in their enthusiasm to have a “smoother” and “faster” “all-weather” connectivity for pilgrim tourists from the plains, ignored the government’s own recommended “best practice norms” to minimise the impact on the mountain ecosystems and landscapes.

In the next decade, the Government proposes to build 66 tunnels in the Uttarakhand Himalaya and 18 tunnels are already in operation. Building these subsurface structures could result in gross damage to the environment, including the concentration of pollutants from traffic exhaust compounded by a microenvironment with no sunlight and limited dispersion in such long-distance tunnels. The rail traffic may rely on electric locomotion, but constantly generated vibration during the train movements is an issue that will keep the mountain slope eternally unstable and thus, make it vulnerable to slide at the slightest trigger.

The construction of highways and railway tracks has now become a prime cause for landslides and its occurrences have doubled over the years. The increased anthropogenic activities such as road construction have made the hill slopes extremely unstable. That is why the recurring landslides have gone up in numbers in the Himalayas.

Equally alarming is the vanishing spring water and community water sources. Irreversible impact on groundwater like descending water levels has been observed in the areas of tunnel construction. Erratic rainfall and ecological degradation associated with land use change for infrastructural development are already impacting mountain aquifer systems. Groundwater use in the Himalayan States differs from that in the plains, as large and contiguous aquifers do not exist in the hills.

Considered as holy, the town of Joshimath in Chamoli district located at an altitude of 6,150 feet is reported to be sinking rapidly due to human-induced causes. It has also been recorded that the Tapovan-Vishnugad hydro project tunnel that passes just below Joshimath, which is sitting on an old glacial deposit, could be a contributing factor to this phenomenon. During the construction of the tunnel, a boring machine had perforated a water-bearing stratum on the left bank of the Alaknanda river near Shelong village, leading to a discharge of 60-70 million litres per day, according to a report published in Current Science in 2010. This must have led to gradual depletion of pore-pressure within the sediment leading to aquifer compaction and settling of the ground. The role of pore-pressure in determining slope stability needs to be studied further in this region.

While implementing a free-way project in the Himalayas, a major question that arises is whether the mountain morphology with steep slopes and sharp gradients is easily amenable to human engineering — a caveat raised by many expert committees in the past. The steep gradients of the Uttarakhand Himalayas make it dynamically heterogeneous, in terms of climatic variables, and biodiversity, at every turn of the mountain path. This has become amply clear from the recent series of disasters, the impact of which was exacerbated by the unsustainable human interferences in natural systems.

The Himalayan terrain demands sustainable tourism, not mass tourism. The daily average footfall last year along the Char Dham route was reported to be around 58,000. Ground reports also say that plastic waste dumped in pits and the cleaning operations resorting to open burning are highly hazardous. The 2013 Kedarnath flood was a wake-up call. The intensity of the disaster was directly proportional to the unregulated rise in tourism that led to a construction boom in unsafe zones such as the river valleys, floodplains and slopes vulnerable to landslides.

The National Disaster Management Authority (NDMA) report on the Chamoli disaster in April 2022 clearly states that “in the long term, it will be necessary to focus on finding alternative sources of energy, as the area appears to be environmentally sensitive”.

A development strategy for the Himalayas should come not at the cost of the environment. It should be primarily based on the region’s natural resources such as forest, water, biodiversity and ecotourism. Rather than building massive dams, focus should be on small projects that would be helpful in providing local energy supply. Agriculture in the Himalayan mountains is closely linked to animal husbandry and natural forests. Most of the farmers have now abandoned their traditional practices and only less than 20% of the agricultural land in the Himalayan districts of Uttarakhand is now being farmed and the rest has become fallow land. An appropriate strategy for human well-being should use traditional knowledge, agricultural practices, construction practices and local cultural aspects.

Going by the past experiences of forming expert committees and having their recommendations ignored, it is not clear what benefit would accrue by creating another one by the government. The Joshimath episode is a warning that the Himalayan environment is at a tipping point and it may not be able to withstand another push generated by intrusive anthropogenic activities in the form of massive construction projects of townships, highways, tunnels, railway tracks and dams — an ecosystem already grappling with the consequences of global warming. And, the devotees must be in the forefront to save the “Abode of the Gods”.