Carbon neutrality is by definition the balance between carbon emissions (sources) and absorption (sinks)... 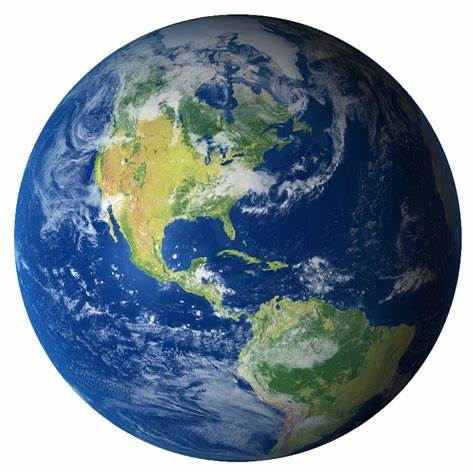 Extreme weather combined with the economic impact of the COVID-19 pandemic has manifested as a double whammy for millions of people around the world. Although the pandemic temporarily lowered the concentration of atmospheric pollutants, the world’s carbon dioxide level is still at a record high – and rising. According to a report of the World Meteorological Organisation (WMO) published in April 2021, the pandemic-related economic slowdown failed to press the brakes on the drivers of climate change and their avalanching consequences. The levels of the main climate indicators have been worsening constantly.

Higher greenhouse gas concentrations, increasing land and ocean temperatures, sea-level rise, melting ice and glacier retreat, and extreme weather are together surely going to impact socio-economic development, opportunities for migration, risk of displacement, food security and land and marine ecosystems. The extent of Arctic Sea ice is the lowest ever, and fires, floods, droughts, heat waves and storms of seemingly apocalyptic proportions have become the new normal. Climate science tells us that something much worse awaits us – or will unless we cut fossil fuel production by 6% by 2030. Sadly, however, the world is on track for a 2% annual rise. Taking serious note of the situation, the UN secretary-general urged countries “to act now to protect people against the disastrous effects of climate change.” The subsequent report of the WMO, entitled ‘Climate Indicators and Sustainable Development: Demonstrating the Interconnections,’ published in September 2021, outlined the connections between the global climate, sustainable development pathways and opportunities to limit global warming to less than 2º C by the end of this century.

The concentration of greenhouse gases in the atmosphere – but particularly that of carbon dioxide – drives global climate change, so reducing carbon emissions is one of the most effective and necessary climate actions. Countries that together emit more than 65% of all greenhouse gases as well as account for more than 70% of the world’s economy have all committed to achieving carbon-neutrality – a.k.a. net-zero emissions – by the year 2050. India is the world’s fourth biggest carbon-emitter after China, the US, and the European Union, even though its emissions per capita works out to be lower than that of other major world economies. Nonetheless, at the COP26 climate talks in Glasgow last year, Prime Minister Narendra Modi said India would achieve carbon neutrality by 2070.

Carbon neutrality is by definition the balance between carbon emissions (sources) and absorption (sinks). Natural sources include volcanism, decomposition, and respiration; they are not in our control. Those in our control include activities like cement production, deforestation, and the combustion of fossil fuels like coal, oil and natural gas. Carbon neutrality is the process of offsetting the sources with sinks, through a process known as carbon sequestration. The main natural carbon sinks are soil, forests and oceans, which together remove 9.5-11 billion metric tonnes per year. This has to be seen against the emissions from combusting fossil fuels – roughly 36.7 billion metric tonnes in 2019, down to 34.81 in 2020. But the gap between the sources and the sinks remains wide, and is only set to grow. The optimum utilisation of land by preserving its natural entities – like forests, wetlands, water bodies, etc. – is an important part of achieving carbon neutrality. This can be achieved only by recognising the quantum and sources of carbon sources and sinks and then creating a blueprint for developmental activities.

The land sector – commonly, agriculture, forestry and other land use – has been found to be responsible for about 25% of net anthropogenic greenhouse-gas emissions. This article draws attention to governance issues related to challenges in addressing land-use change, particularly deforestation and peatland fires in the tropics. In this regard, spatial optimisation models for developmental projects – an urban settlement or a large industrial complex – integrate the blueprints of activities and make projections of how development can be sustainable and carbon-neutral. China, with its fast-developing economy and large population, is taking a lead in the spatial optimization model; many of its growing cities are being modelled using ‘space optimisation’ algorithms to achieve carbon neutrality by 2060. Multi-fold data that identifies spaces marked for a specific future activity, say housing, factory or a road form the basic input for the model. By integrating multiple-criteria decision analysis and by using simulation tools, the model produces an array of robust results for spatial optimization. For example, cutting trees for any projects or converting farm land for industries are projected in terms of carbon neutrality and predicts how and where to preserve/develop carbon sinks. While most cities in China follow this strategy, India seems lagging despite the announcement of the country-wide Smart City project that primarily aims at making the cities liveable, inclusive and sustainable, among other objectives. While IT-smart Indian establishments are capable of using space optimisation strategies, so far, the algorithms are tuned only to manage space in large office complexes, malls etc.

The studies indicate that optimisation of land use can help cut down a third of the emissions needed to keep temperatures below 1.5º C, the goal set out in the Paris Agreement. The Luxembourg-based International Institute for Applied Systems Analysis identified 24 land management offers several priority actions including reduction in deforestation, peatland drainage and burning; restoring forests and coastal mangroves; improving forest management and agroforestry; enhancing soil carbon sequestration among them. Although we discuss these actions, some of the recent decisions on land use do not inspire confidence. Take for example, the Char Dham road widening project in the fragile Uttarakhand Himalaya, approved against all rules of land use. Even the highest court of India chose to ignore these issues flagged by researchers. Despite a decade-long resistance from the tribal population, the Chhattisgarh government gave a final go-ahead for tree felling and initiation of mining activity in Hasdeo forest. Another major case where the authorities have failed to generate land use models is the K-Rail high-speed rail project in Kerala. Considered synonymous with carbon neutrality, it is high time India developed land-use policies based primarily on sustainability, if it is serious about the promises made in the Glasgow meeting which attracted enthusiastic rounds of applause from the gathering. Actions speak louder than words.