A stronger argument for keeping mosquitoes might be found if they provide ecosystem services — the benefits that humans derive from nature. Without mosquitoes, thousands of plant species would lose a group of pollinators... 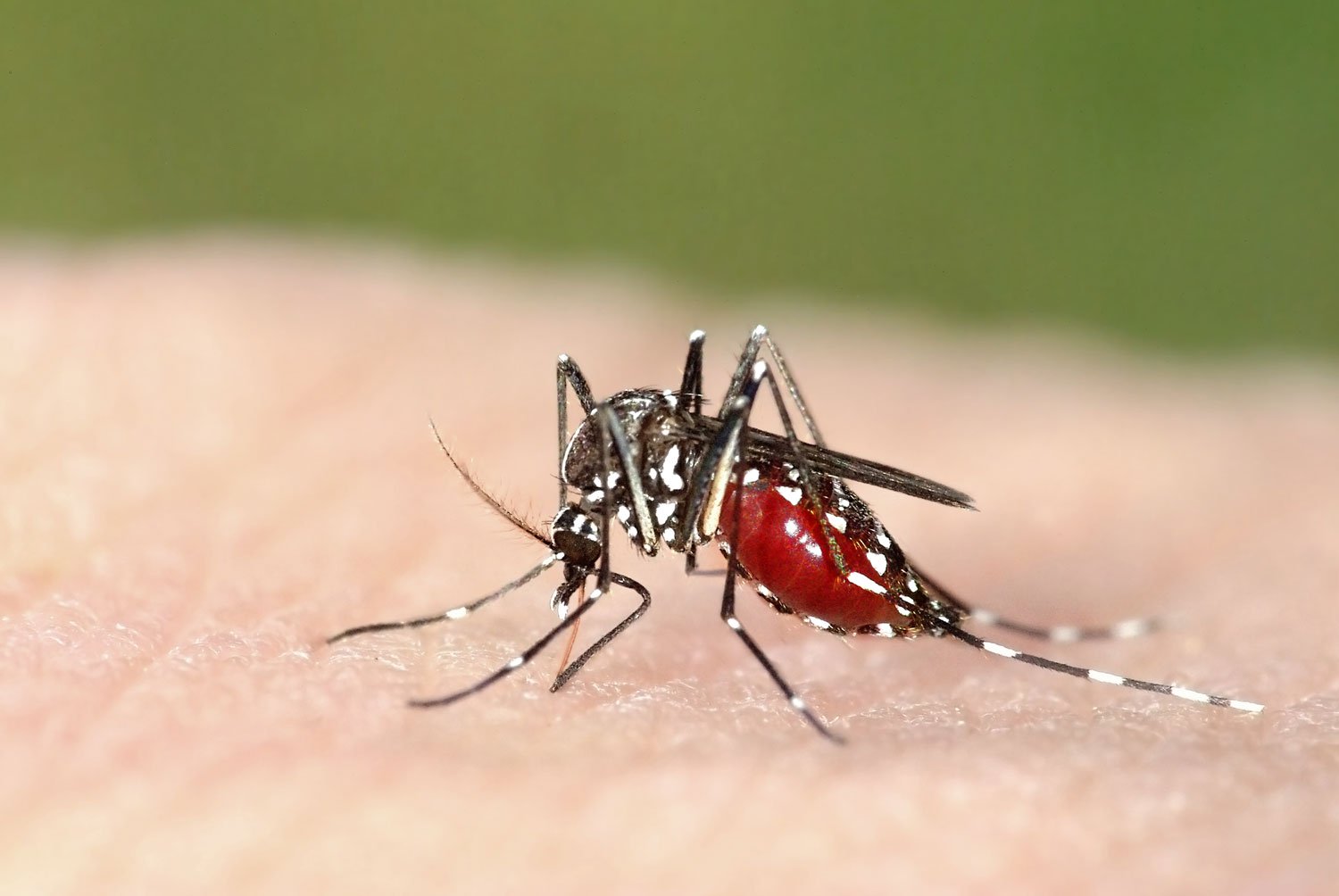 As nice as it may sound to live in a world without mosquitoes, it is not as easy as eradicating species that cause us harm or even those that just annoy us. That is because all living things play an important role in the ecosystems in which they exist, and removing one living thing from a habitat can disrupt all the other species within it. Take the much-maligned mosquito, for example. We think of them as an annoyance at best, a carrier of serious and even deadly diseases at worst. The world has been working on ways to limit the spread of the parasites the mosquitoes carry. Malaria infects some 247 million people worldwide each year, and kills nearly one million. Mosquitoes cause a huge further medical and financial burden by spreading yellow fever, dengue fever, Japanese encephalitis, Rift Valley fever, Chikungunya virus and West Nile virus. Then there is the pest factor: They form swarms thick enough to asphyxiate caribou in Alaska and now, as their numbers reach a seasonal peak, their proboscises are plunged into human flesh across the Northern Hemisphere. There are 3,500 named species of mosquito, of which only a couple of hundred bite or bother humans. They live on almost every continent and habitat, and serve important functions in numerous ecosystems. Mosquitoes have been on Earth for more than 100 million years and they have co-evolved with so many species along the way. Wiping out a species of mosquito could leave a predator without prey, or a plant without a pollinator. And exploring a world without mosquitoes is more than an exercise in imagination, though intense efforts are under way to develop methods that might rid the world of the most pernicious, disease-carrying species.

Elimination of mosquitoes might make the biggest ecological difference in the Arctic tundra, home to mosquito species including Aedes impiger and Aedes nigripes. Eggs laid by the insects hatch the next year after the snow melts, and development to adults takes only 3–4 weeks. From northern Canada to Russia, there is a brief period in which they are extraordinarily abundant, in some areas forming thick clouds. That is an exceptionally rare situation worldwide. There is no other place in the world where they are that much biomass. Views differ on what would happen if that biomass vanished. Bruce Harrison, an entomologist at the North Carolina Department of Environment and Natural Resources in Winston-Salem, estimates that the number of migratory birds that nest in the tundra could drop by more than 50% without mosquitoes to eat. Other researchers disagree. Cathy Curby, a wildlife biologist at the US Fish and Wildlife Service in Fairbanks, Alaska, says that Arctic mosquitoes don't show up in bird stomach samples in high numbers, and that midges are a more important source of food. "We (as humans) may overestimate the number of mosquitoes in the Arctic because they are selectively attracted to us," she says. Mosquitoes consume up to 300 millilitres of blood a day from each animal in a caribou herd, which are thought to select paths facing into the wind to escape the swarm. A small change in path can have major consequences in an Arctic valley through which thousands of caribou migrate, trampling the ground, eating lichens, transporting nutrients, feeding wolves, and generally altering the ecology. Taken all together, then, mosquitoes would be missed in the Arctic — but is the same true elsewhere?

"Mosquitoes are delectable things to eat and they're easy to catch," says aquatic entomologist Richard Merritt, at Michigan State University in East Lansing. In the absence of their larvae, hundreds of species of fish would have to change their diet to survive. "This may sound simple, but traits such as feeding behaviour are deeply imprinted, genetically, in those fish," says Harrison. The mosquitofish (Gambusia affinis), for example, is a specialized predator — so effective at killing mosquitoes that it is stocked in rice fields and swimming pools as pest control — that could go extinct. And the loss of these or other fish could have major effects up and down the food chain. Many species of insect, spider, salamander, lizard and frog would also lose a primary food source.

This means they play a key role in many ecosystems, according to National Geographic. Male mosquitoes eat nectar and, in the process, pollinate all manner of plants. These insects are also an important food source for many other animals, including bats, birds, reptiles, amphibians and even other insects. Serving as a food source for other animals is how they fit into the various food chains in places where they live. A food chain is essentially a "who eats what" in a particular ecosystem. A food web is all the food chains that exist in an ecosystem, according to National Geographic. In a woodland habitat, one food chain could include the grasses along the forest clearing, which are eaten by rabbits. The rabbits, in turn, are preyed upon by coyotes. Coyotes are apex predators, which means they are not preyed on by other animals. But when a coyote dies, it still serves an important role in the food chain, because decomposers, such as worms and even fungi like mushrooms, break its body down and allow the nutrients to enter the soil, which then gives rise to new plant life, starting the chain all over again. When the populations of animals within a food chain become either too high or too low, it can affect all the animals in that food chain.

In places where the only remaining predator of deer is coyotes, because wolves and cougars no longer live in the state, hunting programme has to be undertaken so that the deer population from becoming too high. An overabundant deer population leads to overbrowsing, which in turn reduces tree regeneration and affects the plant species composition in a given area. In urban and suburban communities, deer may damage landscaping and ornamental plants when their population is too high. In addition, deer-vehicle collisions become more common. Too many deer in a given area can also increase the incidence of disease among the animals, because feeding sites can become contaminated and the animals can infect one another through direct contact. While an overabundant deer population can affect the health of the species and damage their habitat, it also affects other species in their food chain, because all the species in a food chain are interconnected. When deer overpopulation begins to decimate the vegetation in their habitat, others animals are affected as well, because they rely on those plants as a food source or even for shelter or as a nesting site.

While too many of a particular species can have a negative effect on a food chain, so, too, can too few of a species. Consider the polar bear. The bears eat seals, and the seals, in turn, eat Arctic cod. The cod eat zooplankton, which eat ice algae. But  today, climate change is causing sea ice to melt, which could cause a sharp drop in ice algae populations, a downturn that could affect the entire food chain. If the ice algae population falls, the zooplankton lose a critical food source, which ripples up the food chain all the way to the polar bear.

As larvae, mosquitoes make up substantial biomass in aquatic ecosystems globally. They abound in bodies of water ranging from ephemeral ponds to tree holes to old tyres, and the density of larvae on flooded plains can be so high that their writhing sends out ripples across the surface. They feed on decaying leaves, organic detritus and microorganisms. The question is whether, without mosquitoes, other filter feeders would step in.  A stronger argument for keeping mosquitoes might be found if they provide 'ecosystem services' — the benefits that humans derive from nature. Without mosquitoes, thousands of plant species would lose a group of pollinators. Adults depend on nectar for energy (only females of some species need a meal of blood to get the proteins necessary to lay eggs). Yet their pollination isn't crucial for crops on which humans depend. If there was a benefit to having them around, we would have found a way to exploit them. We haven't wanted anything from mosquitoes except for them to go away.