You don’t have to wait till air quality becomes severe. You anticipate it’s likely to happen with this wind pattern… 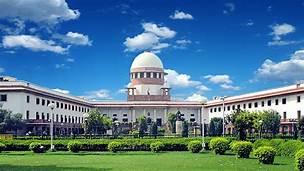 The Supreme Court has asked the Centre and the NCR states to continue with measures already suggested to tackle air pollution in the national capital and mooted a scientific approach based on a statistical model to alleviate the situation in the long run.

“All these are ad hoc measures… Response has to be based on a statistical model for Delhi… The Commission (for Air Quality Management in National Capital Region and Adjoining Areas) has to set up a scientific study… There has to be a statistical model which says if these are the steps, we take in the next seven days given the wind directions, these are the advantages we can get,” Justice D Y Chandrachud, sharing a three-judge bench headed by Chief Justice of India N V Ramana, said. Referring to the submissions that restrictions directed by the Commission would kick in as soon as the conditions turned severe, Justice Chandrachud said: “This is the national capital. Look at the signal we are sending to the world. The response has to be based on a statistical model for Delhi… You don’t have to wait till air quality becomes severe. You anticipate it’s likely to happen with this wind pattern… You will have to define what are the acceptable levels of pollution in Delhi… So, you have to make models for different seasons… A scientific model based on seasons and wind direction has to be made… The Indian Meteorological Department has data of past years. Based on what it was for the last five years, a model can be prepared, how it will be in the next 15 days,” said Justice Chandrachud, adding that a graded response will be required.

Solicitor General Tushar Mehta, appearing for the Centre, told the bench, also comprising Justice Surya Kant, that what is being followed is a graded response and that there is a long-term plan. He took the court through measures put in place and said that after the last hearing, only the ban on construction activities, which was put in place till November 21, had not continued. The rest of the measures directed by the commission — ban on entry of trucks into Delhi, ensuring that no petrol vehicles older than 15 years or diesel vehicles older than 10 years ply on NCR roads, increasing CNG buses, deployment of anti-smog guns, more water sprinklers and application of dust suppressants in all vulnerable hotspots, and a ban on diesel gensets except for emergency services — continued to be in place. He added that the air quality would improve due to wind flow. The CJI, after cross checking, however directed to continue with all measures, and if the pollution level came down drastically, say to 200, they were free to withdraw the restrictions. The CJI also sought to know how much money is available under the labour welfare fund with states. “Each state has thousands of crores. Let them pay these workers for these three-four days,” he added. He also asked whether any study had been undertaken by the states on how much stubble had been taken out or how many machines given? “What is the bureaucracy doing on all these issues… Let the state and central secretaries sit and discuss what can be done,” the CJI said. Earlier, the bench had directed authorities to ensure implementation of the decisions taken in a meeting to curb air pollution, observing that it could not get into the nitty gritty and the bureaucracy had developed a "sort of inertia" of not taking decisions which were left to the courts.

Care of a dam in whelp