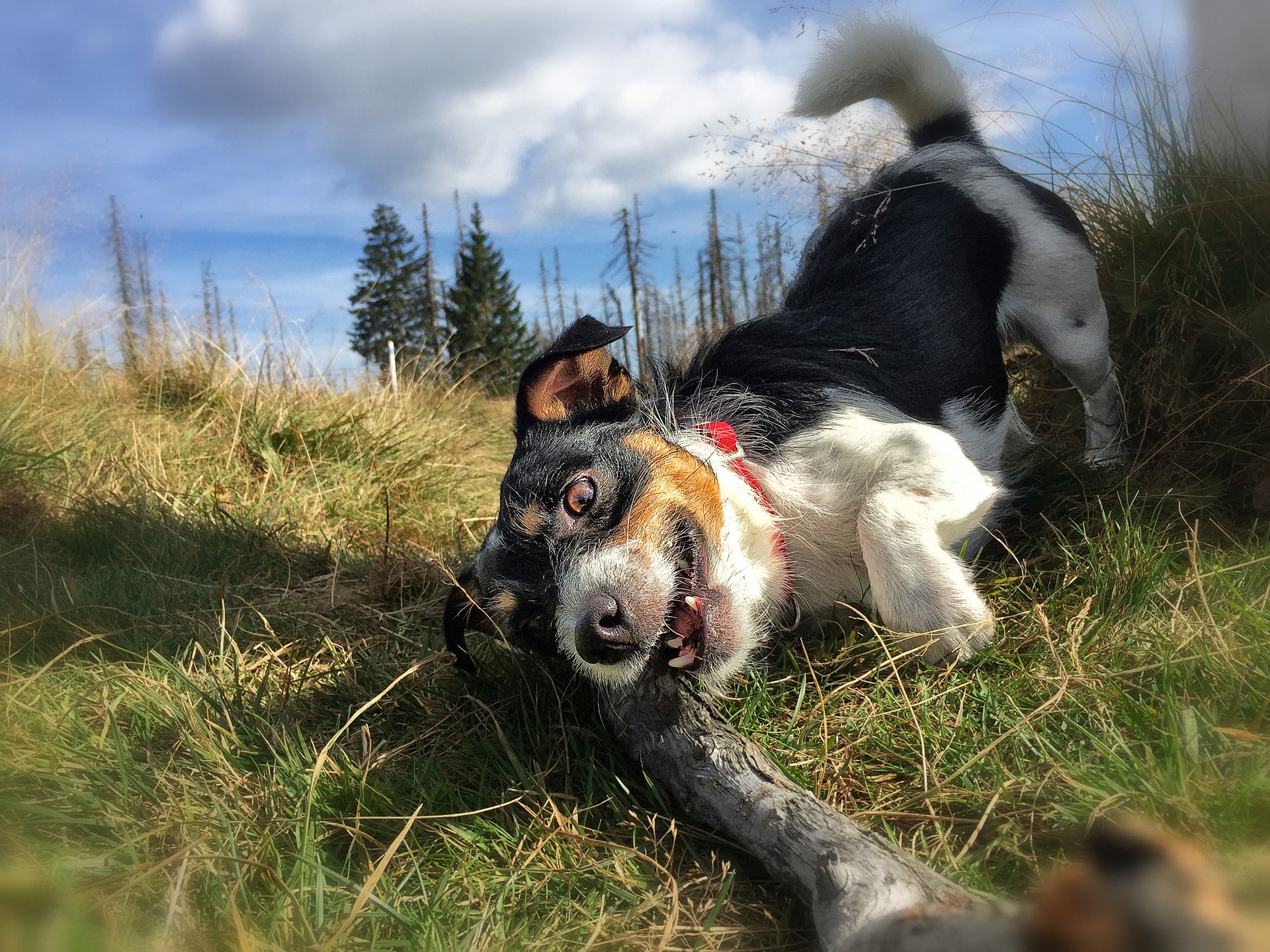 What is so special about dogs!

Sometimes I wonder why dogs chose man as their best friend or vice versa. Imagine the hunter, gatherer man, almost five thousand years ago, fending for himself, hunting/collecting food all day and spend night under the stars with his family or rather say his brood! Then may be by chance he learnt to sow seeds and over a period of time became a cultivator. He started settling down, began marking his territory. One day he must have found a puppy and brought him home or may be the puppy followed him home. His children took fancy for the four legged, playful creature. Instinctively the pup started interacting with his new pack members and leader.

But the question is that like a pup several other animals and birds must have made friends with our ancestors-what was so special about the dogs or what attracted the dogs towards the man so much that it became a permanent bond. There were 77 million dogs in America in 2010 compared to 53 million in 1996; says John Homans in his book ‘What is a Dog for?’ There has to be a reason for this phenomenal increase! It can’t be purely due to fancy. Neither it can be purely for security reasons. The bond is actually much deeper. And there are valid reasons for that.

Earlier most of the puppies came to new homes because children of the family wanted a pup as a pet. Now with nuclear families, quite a few old couples are all by themselves. They crave for playing with their grandchildren, like their grandparents used to. But alas, grandchildren come to them may be once a year or that too is often skipped, as there are better places in the world to be seen. No other pet fascinates them, than a dog-because he is least demanding, adjusts with whatever is fed and is willing to sleep under their bed.

He is one creature who offers his belly to be scratched, when you return home, tired after a hectic day. He is the one who comes to the door wagging his tail and if you can identify a big smile on his face with a twinkle in his eyes. Do you expect any other pet to give you such a welcome? This in fact is a big reason to lure people to adopt a dog. In the present stressful times the antics of a dog are perhaps one of the best stress busters!

During the pre-history wolf like animals began loitering near human settlements and struck an understanding. This was due to their selfish reasons. The humans those days survived mainly on hunting. Waste meat thrown by them was an attraction for the wolves. In addition, they paid their rent by guarding the human settlements. In the present times the convergence of man and dog is again due to selfish reasons. The human society is gradually becoming more virtual than real. Especially the Cell Phone has made it more virtual. Person to person contact even under the same roof is reducing. If there is a dog at home, it helps in developing a bond between the family members. When a family member is sick, the pet dog is generally around, sniffing, trying to lick the hand of the sick or just observing the doc administering an injection.

On the other hand, when the family’s dog is ill, everyone is around him-perhaps making the dog feel, ‘look at least I have brought you all together…!’ It is common these days to see families where children settle down at far-away places, leaving the parents on their own at home. A dog for such parents comes like a boon. Many times the doting parents begin to relive their lives, imagining the pet as their child. Sometimes the bond becomes so deep that when the dog dies, the lonely parents get much depressed.

One should always remember that a dog’s life is much shorter than ours. Thus, a ten year dog should never be compared with a ten year old kid. In fact the dog is a geriatric by then. Old dogs need care like oldies at home. One should be prepared to bear the shock of parting. One of the ways to lessen the shock is to get another pup when your dog is around ten. This does help.

Biologically a dog is a predator, a carnivore and supposed to kill. But how and when it happened no one knows, the predator turned the best friend of man. See the brute of a Great Dane or a Rottweiler lying flat on his back, asking you to scratch his belly. The same dog in wilderness, if he finds you alone will not hesitate to surround you with his pack and make a meal of you.

While working in the Siwalik forests near Ropar, I saw a beautiful ‘Alsatian’ walking ahead at a brisk pace. I thought there must be a farm house nearby, from where she has strayed. By then I got a glimpse of her swollen udders and knew that it was a she! Fortunately, I was not alone. We were five people. After a few hundred yards there was a depression, it had vertical wall on one side and the other side sloped in to the depression. On the vertical side there was a gaping, dark hole. By then the ‘she’ dog had vanished. I sat on my haunches to peek inside the hole, of course from a distance of about ten feet. And lo, there I saw a cackle of tiny, suckling hyenas. And my so called ‘She Alsatian’ was none other their dam.

Hurriedly we scampered to safety of our Jeep. Had the hyena decided to attack us, we would have been at least badly mauled, if not killed! She decided against that, because her priority at that time was to feed her hungry young ones. Long after that, my Benji a beautiful Alsatian bitch delivered a litter. I was with her all through. There was a moment when a heavy pup was not able to come out. She looked pleadingly at me for help. I lifted up and make her stand on four feet. Helped her to remain standing for a few moments, scratching her chin all the time and lo, out came the puppy in his caul. I received it in my palms and helped her clean the mess. After she had settled, she did not forget to lick my fingers that had helped her at the most crucial moments of her life.

This is what makes a dog special. When you come home, your dog is waiting and long before your wife knows, the dog is already at the door, wagging his tail. This makes it special for mankind.