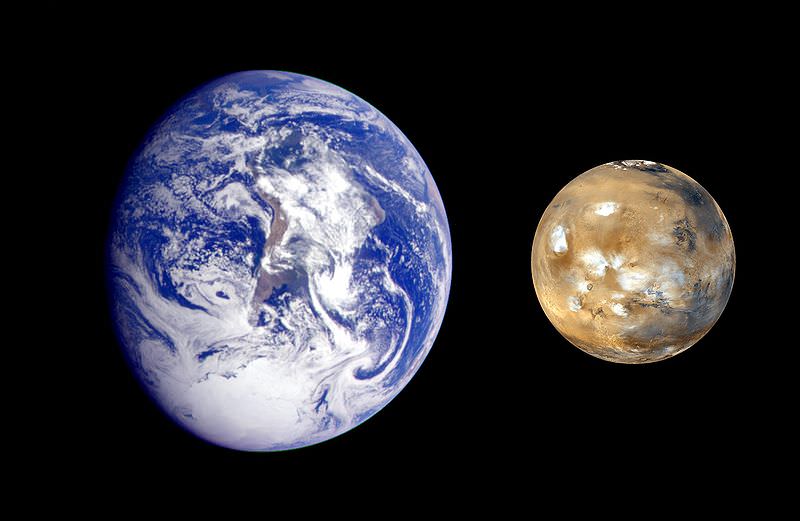 The recent NASA mission of putting its latest rover, Perseverance, on Mars — a breathtaking technological feat — has once again ignited our Martian fantasies and the fascination with discovering alien life forms. Ingrained in our minds is the idea that Mars holds some sort of wherewithal in the innumerable crannies within its rocks to support traces of life. The question that whether humans will be able to make use of even such modicum of habitability to utilise its landscape is also significant, assuming that we will be able to deal with the moral question of whether to cordon off the planet from human interference in case we do find indigenous life forms there.

Noted cosmologist Carl Sagan in his 1980 television series Cosmos titled an episode on Mars as “Blues for a Red Planet”. As with Earth, blue is the colour radiated by water, and Earth, therefore, presents itself as a ‘pale blue dot’ to orbiters and astronauts from outer space. Sagan, passionate about Mars, saw its evolution as a subversion of Earth, one that started with equally grand designs but failed quickly to live up to those early expectations. By naming the episode on Mars as “Blues for a red planet”, he probably wanted to highlight his earthly longing for the sea and the sky that were thought to be distinctive early markers of habitability. Thus, singing the blues for a dried-up red planet, Sagan, who was brought up on science fantasies by Edgar Rice Burroughs and H.G. Wells about Martian invaders of Earth, may have wanted to signal a lasting tribute to a possible glorious Martian life of the past.

The Martian science fantasy of the 19th century was an offshoot of reports of canals on Mars. Nineteenth-century Italian astronomer Giovanni Schiaparelli had claimed that he saw water-filled canali, or channels, on the red planet. This topic assumed greater significance when a businessman-turned-astronomer, Percival Lowell, reported similar observations. After painstaking telescopic work that was set up on the desert of Arizona, Lowell, after years of observation, talked about hundreds of canals on the equatorial region of Mars. He propagated the idea that these were engineered structures used for channelising water from the Polar Regions to meet the requirements of a dehydrating planet, somewhat eerily reminiscent of a bleak hothouse Earth, triggered by the runaway greenhouse effect.

Historically, Mars has always been depicted as a backup site for humanity to migrate to; it is now once again being promoted as such by avant-garde entrepreneurs like Jeff Bezos and Elon Musk. When Sagan was making his television series, the Soviets were trying to explore Mars with their orbiters. Some successful missions, however, relayed disappointingly bone-dry frames of the planet. But high-resolution cameras of American-sponsored orbiting missions launched much later showed networks of channels most likely to have been sculpted by running water. Thus, modern research informs us that Schiaparelli and Lowell were not completely off the mark in their interpretations, though Lowell was wrong in attributing those morphological features as being engineered by intelligent beings. A few weeks before his death, Sagan recorded a moving message for future explorers: “Maybe we’re on Mars because of the magnificent science that can be done there — the gates of the wonder world are opening in our time...”

More surprises, as well as disappointments, were in store. In 2005, the Mars Express satellite found evidence of clays that may have formed after solid rocks were exposed to water, as analogous examples of Earth’s rock inventory would testify. But some scientists were not easily convinced as their Martian climate models failed to predict temperatures high enough for continuous generation of rain to have liquid water on the surface. So, it was concluded that any water on Mars would have been locked up in its polar regions with brief periods of melting and flooding that carve out the valley networks. Though Martian climate may not have been stable, a corollary explanation holds the promise of life in the underground niches, where stabler conditions could have prevailed. Such examples of subsurface life are plenty in Earth’s environment.

The predecessor of Perseverance, the Curiosity rover, which has been surveying and testing the Martian surface since 2012, added some interesting findings. Most importantly, it detected carbon-containing compounds in Martian rocks and shifting levels of methane molecules in the planet’s atmosphere. Two papers published in the journal Science in 2018 concluded that these findings support the possibility of the existence of microbial life. Inge Loes ten Kate, an astrobiologist at the Utrecht University, in a commentary on the papers, said “the question of whether life might have originated or existed on Mars is a lot more opportune now that we know that organic molecules were present on its surface.” Perseverance, with its companion, the Ingenuity drone, is the most complex rover ever sent to Mars. It has now reached its destination, the 45-km-wide Jezero Crater, where an old lake supposedly existed. The rover will roam around this crater and sample carbonate rocks that might host algal mats called stromatolites, as we find in the oldest carbonate rocks on Earth.

But as a geologist, I will remain sceptical until I see some hard evidence on biogenic remains. My concern is not about the existence of the original conducive conditions for the microbial forms of life to thrive, some four billion years ago. It may have been a reality. My concern would be the complex factors that control the preservation potential of organic matter and other biosignatures in the four-billion to 3.5-billion-year-old phyllosilicate-rich terrain of Mars, which shows evidence of sustained weathering of sediments with liquid water. Like the rusty red and iron oxide-rich lateritic soil we see in the tropical regions of Earth, the weathered soil formation of Mars may be a poor medium to preserve biogenic signatures. That could be one reason why the Perseverance rover is programmed to seek carbonate rocks within the Jezero crater, where the pristine nature of the original biological and climatic signals is expected to be preserved better. We still do not understand the mechanisms of the formation of carbonates on Mars and whether they are comparable to Earth’s processes, which are often related to oceanic settings.

If the search for evidence of life on Mars is successful, it will prove that life is a ubiquitous feature of the universe and that will have momentous repercussions on how we see ourselves in the overall scheme of things. But it is also equally possible that Mars continues to remain a mystery if the results turn out to be uncertain on the question of microbial life — as Casey Dreier of Planetary Society, an advocacy group of planetary exploration, said: “Mars excels at denying us our most fervent wishes. From not fitting into the epicycles of Ptolemy, to lacking the canals of Lowell, to supplying no organic material (yet) to the Curiosity rover team, the reality of Mars has consistently irritated humanity throughout history.”