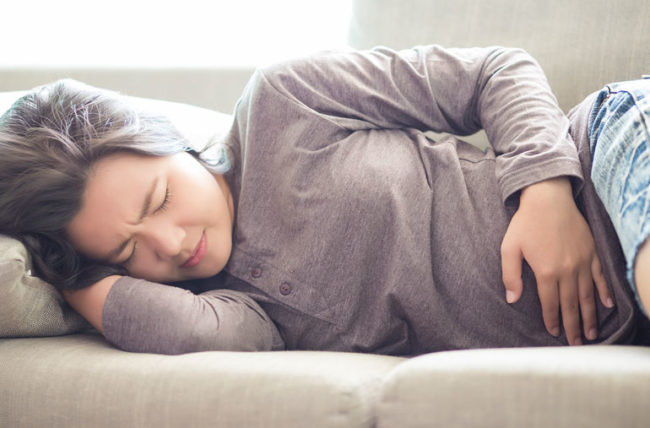 Disorders in the digestive system (gastrointestinal) are all problems and diseases that simultaneously affect several parts of the digestive system, while others only affect one part or one organ. There are many of them, their cause varies and can also be attributed to food allergies or intolerances.

Functional digestive disorders are not related to a digestive disease or organic lesion, but to a malfunction of the digestive system. They manifest as stomach digestive disorders, or dyspepsia (loss of appetite, nausea, heartburn, rashes, bloating) or intestinal digestive disorders (bloating, intestinal gas). Dyspepsia manifests itself in the stomach through difficult digestion that causes bloating, nausea and the impression that your stomach is constantly full. The causes of functional digestive disorders may include: a big meal that is difficult to digest (e.g., fats, spices, acidic foods), eating food without chewing it enough (eating too fast), drinking soft drinks or abusing alcohol, and excessive stress or emotions. Aerophagy is caused by a large amount of air in the stomach that causes swelling and pain in the intestine and rash. It usually occurs if you swallow too much air during your meals or when you swallow during the day, or if you chew gum or smoke. Pregnant women are more likely to suffer from aerophagy. Irritable bowel syndrome (or functional colopathy) manifests as intestinal pain, as well as bloating, flatulence and diarrhoea. The triggering factors are often the same as for dyspepsia, and pain is caused by the rate at which food progresses in the colon (too slow or too fast).

IBD is a term used to define chronic inflammatory bowel disorders, including: Crohn’s disease, a chronic inflammatory disease of the digestive system, which develops in spurts (or attacks) and remission phases. It is characterized primarily by abdominal pain and diarrhea, which can last for several weeks or months. Fatigue, weight loss and even malnutrition may occur if no treatment is undertaken. In some cases, non-digestive symptoms that affect the skin, joints or eyes may be associated with the disease. In the case of Crohn’s disease, inflammation can affect any part of the digestive tract, from the mouth to anus. But most often, it settles at the junction of the small intestine and colon (large intestine). The exact causes of inflammation are unknown and there are likely several, involving genetic, autoimmune and environmental factors. Although Crohn’s disease is not entirely genetic, some genes may increase the risk of developing it. As with many other diseases, it appears that a genetic predisposition combined with environmental or lifestyle factors triggers the disease. Like ulcerative colitis, Crohn’s disease has characteristics of autoimmune disease. Researchers believe that inflammation of the digestive tract is linked to an excessive immune response of the body against viruses or bacteria in the intestine. It has been noted that the incidence of Crohn’s disease is higher in industrialized countries and has been increasing since 1950. This suggests that environmental factors, likely related to the Western lifestyle, might have a significant influence on the onset of the disease. However, no specific factors have yet been identified. However, several avenues are under consideration.

Symptoms include frequent abdominal pain and cramps, which worsen after meals, chronic diarrhea (lasting more than 2 weeks), fatigue and general discomfort, low appetite and weight loss even with a balanced diet, blood in the stool, sometimes in large quantities (hemorrhaging), mucus in the stool. This mucus is threaded and has the consistency of an egg white, nausea and vomiting, mild fever and/or joint pain.The treatment of Crohn’s disease depends on many factors including age, disease severity and personal resistance to drug side effects. Typically, various oral anti-inflammatory drugs and sulfasalazine are used first. More severe cases will require the use of stronger immunomodulating agents. Fifty percent of patients with Crohn’s disease will need surgery during their lifetime to relieve strictures, correct fistulas or remove diseased sections of the colon.

Llike Crohn’s disease, ulcerative colitis is a chronic inflammatory bowel disease (IBD) of the colon and rectum. Whereas Crohn’s disease can occur anywhere in the digestive tract and reach deep tissues, ulcerative colitis has a superficial impact on the mucous membrane, which begins in the rectum and moves up the colon. The disease is diagnosed mostly in people between the ages of 30 and 40, but can occur at any age. Both men and women are affected in nearly the same proportion. Ulcerative colitis is caused by an impairment of the immune system that attacks the cells of its own body. Scientists believe that the inflammation of the colorectal mucosa is caused by an excessive immune response against viruses or bacteria in the gut. The most likely hypothesis is that this autoimmune reaction would be directed against the “harmless” bacteria normally present in the digestive tract (intestinal flora). Ulcerative colitis may also be linked to unclear environmental factors. Food stress and intolerance can trigger symptoms in some people, but these factors are not the cause of the disease. Symptoms appear in attacks: Painful abdominal cramps, especially in the lower belly, blood in the stool, chronic diarrhea, frequent bowel movements, even at night, an urgent need to defecate, even if there are few or no stools to evacuate (rectal tenesmus), weight loss due to reduced appetite and poor absorption of nutrients into the intestine, fatigue and/or fever. Chronic inflammation may cause thickening of the digestive tract wall, leading to partial or total blockage of the digestive tract. Ulcers in the wall of the digestive tract, colon dilation and puncture, wounds around the anus (fistulas, deep cracks or chronic abscesses) and rare but sometimes severe bleeding in the digestive tract. People with Crohn’s disease in the colon have a slightly increased risk of developing colon cancer, delayed growth and puberty in children and adolescents, iron-deficiency and other health problems such as arthritis, skin conditions, inflammation of the eyes, oral ulcers, kidney stones or gallstones. Ulcerative colitis treatment is similar to the treatment for Crohn’s disease. Contrary to Crohn’s disease, which can affect the entire digestive tract, ulcerative colitis affects mainly the lower colon and rectum. Various anti-inflammatory agents in suppositories or rectal suspension can therefore be used efficiently. More severe cases will require the use of strong immunosuppressants. Medication-resistant cases will eventually require surgery consisting of removing the colon, rectum and sometimes the anus with, in the latter cases, the creation of a permanent stoma.

Celiac disease is a chronic bowel disease triggered by gluten consumption, a mixture of protein contained in certain cereals (e.g. wheat, barley, rye). For a person with this disease, gluten ingestion causes an abnormal immune response in the small intestine, which causes inflammation and damage to the intestinal wall. If inflammation persists, the damaged intestine becomes unable to absorb certain nutrients, vitamins and minerals. Malnutrition can result despite normal nutrition. The term “gluten intolerance” is often used to describe it, but celiac disease is not food intolerance, it is an abnormal immune system response.The causes of celiac disease are not yet fully known. An impairment of the immune system linked to a genetic predisposition appears to promote its development. Gluten exposure to the intestine, known as the primary trigger, triggers an immune process that damages the intestinal mucosa, resulting in nutrient malabsorption. Based on current research, almost all individuals with celiac disease have the HLA-type genes DQ2 or DQ8, but other genes may also be responsible. Without the adoption of a gluten-free diet, celiac disease, in its most serious forms, can have several health consequences. The most common complications are related to poor absorption of nutrients in the intestine: Malnutrition (caused by nutrient malabsorption in the intestine), lactose intolerance, anemia (caused by poor iron absorption), osteoporosis (caused by poor absorption of calcium and vitamin D), kidney stones (low risk of kidney stones which are caused by abnormal oxalate absorption)