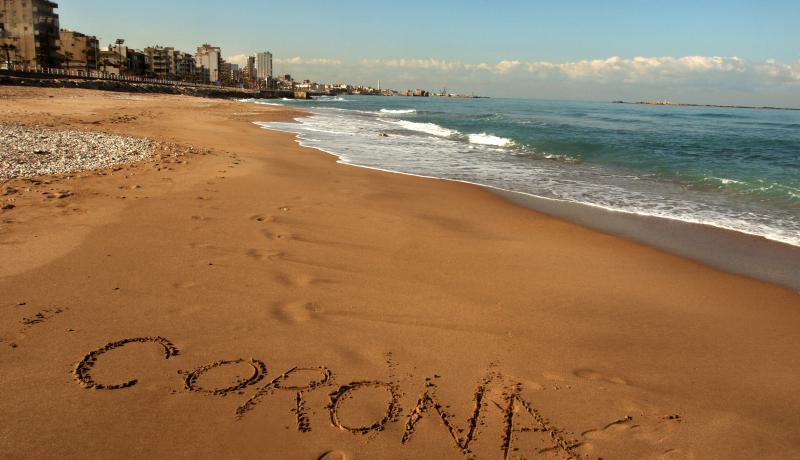 Both Covid-19 and Climate Change are emergencies being faced by mankind. Corona virus is related to destruction of nature, and has been transmitted from animals to humans. Corona virus is not the first. Ebola, SARS, the Zika virus and bird flue all spread from animals to people. Gabon decided to ban human consumption of bats and pangolins to control the spread of Zoonotic diseases, as corona virus has been thought to have transmitted itself to humans through these animals.

There have been multi-dimensional impacts of Covid-19 on environment and vice versa. To contain the spread of Covid-19, transportation systems by road and air, industries, businesses and offices have been shut down in recent months and this has led to reduction in carbon emission at local levels. Air pollution in New York dropped to 50 percent of the levels of last year during this period. In China, a 25 percent reduction in carbon emissions, 50 percent reduction in nitrogen oxides emissions took place due to reduction in air traffic, oil refining and coal consumption. There have been reports of localized air quality improvements in other parts of the world also. Further, as the number of tourists dropped in Venice, water in Venice’s canals became cleaner and pollutant-free, and fish could be seen once again in canals.

Online grocery shopping has grown substantially during the pandemic, and this trend is likely to continue. This will have a positive impact on environment. Unemployment caused by Covid-19 pandemic facilitated the recruitment of labourers for Pakistan’s 10 Billion Tree Tsunami campaign to plant ten billion trees over next five years. But the data from the United States National Oceanic and Atmospheric Association (NOAA) shows that overall global carbon dioxide levels are rising sharply. In April 2020, the average concentration of Carbon dioxide in the atmosphere was 416.21 parts per million, the highest since 1958.

To prevent the transmission of corona virus, face masks, gloves and sanitizers, made of plastics, are being used all over the globe. Surgical masks and empty bottles of sanitizers are regularly discarded. This has led to an enormous increase in the medical waste, causing environmental pollution. It could also cause animals to consume this waste as food, both on land as well as in ocean, leading to their death. Some people like cleaners, trash collectors and   others have a higher risk from the adverse effects of increased medical waste.

Deforestation of the Amazon rainforest and poaching in Africa has increased in the period of Pandemic. Further, United Nations Climate Change conference, due to take place in Glasgow, Scotland  in November ,2020 was postponed to 2021.This   has adversely impacted  environmental policy and climate diplomacy, as   the nations could not submit  enhanced nationally determined contributions  to the Paris Agreement. The Trump administration suspended the enforcement of some environmental protection laws during the pandemic. This allows polluters to ignore some environmental laws if they can claim that these violations were caused by the pandemic. Greta Thunberg has urged for digital activism to take the place of physical protests due to corona virus outbreak.

It appears that some of the changes brought about by pandemic will have long term consequences. In the transport sector, the pandemic could trigger changes like online working and teleconferencing, which in turn could translate in reductions of emissions from transport. On the other hand, there could be a shift away from public transport, driven by a fear of contagion, and reliance on single occupancy cars, which could significantly increase emissions. Governments should channel financial support measures to public transport providers to enhance capacity and quality with a focus on reducing crowding and promoting cleaner facilities.

Many communities have taken big steps to protect each other from the health crisis caused by Covid-19. The speed and the extent of the response  has given some hope that  rapid action could also be taken by communities on climate change if the  threat it poses was treated as urgently. We have seen that rich economies like the US and Italy that delayed in accepting the pandemic problem, failed miserably to contain Covid-19. On the other hand, countries that   proactively accepted the seriousness of the problem and acted swiftly were least affected by covid-19. This indicates the need for accepting the seriousness of any emergency, including the climate emergency. In case of environment and pollution problems in India, government of India says “No Indian study has shown any correlation between pollution and the shortening of lifespan”.  Does such a response communicate the seriousness of the pollution problem? This is the right time to conduct  Indian health studies  to get the correlation of pollution with health , so that the  seriousness of the health hazards caused by pollution are accepted by the government and all stakeholders including masses, and they begin to treat it like an emergency. Government should continuously share the seriousness of the climate emergency with society. Further, people’s faith and cooperation is essential to face such pandemics.

Like in Covid-19, all shareholders must be engaged with and collaborative actions be taken. This means government, industry and civil society need to work together on environmental front. Similarly, states should be held accountable to communicate at least once in a month about sharing their efforts in reducing pollution. Finally, like in pandemic situation, government and local authorities must take strict measures to save the lives of people from pollution, even if it costs us financially in the short run. At present, our union government and state governments   are shy of taking strict measures against pollution. Though the Courts   have been taking up these matters, the decisions are largely delayed since the authorities fail to submit evidences/research and reports. The World Bank estimates that Covid-19 is likely to cause the first increase in global poverty since 1998. On the same grounds, we cannot afford to delay action on environmental front, as it is the poorest and most vulnerable that suffer the most from pollution and other consequences of climate change.

To restart the economies in the aftermath of Covid-19, governments are investing trillions of dollars. These funds should be spent in alignment   with the Sustainable Development Goals, the Paris Agreement and the upcoming global framework on biodiversity. In this context, European Union’s seven year one trillion pound budget proposal and a recovery plan which seeks to reserve 25 percent of EU spending for climate –friendly expenditure, is a welcome step. All countries should seize the opportunity of the corona virus recovery to reform subsidies and use public funds in a way that best benefits people and the planet. After the situation becomes settled post Covid-19, the lessons learnt from the pandemic must be put to use to deal with the equally serious challenge of climate emergency.