Feeders should not be held responsible for dogs’ act

Feeders should not be held responsible for dogs’ act 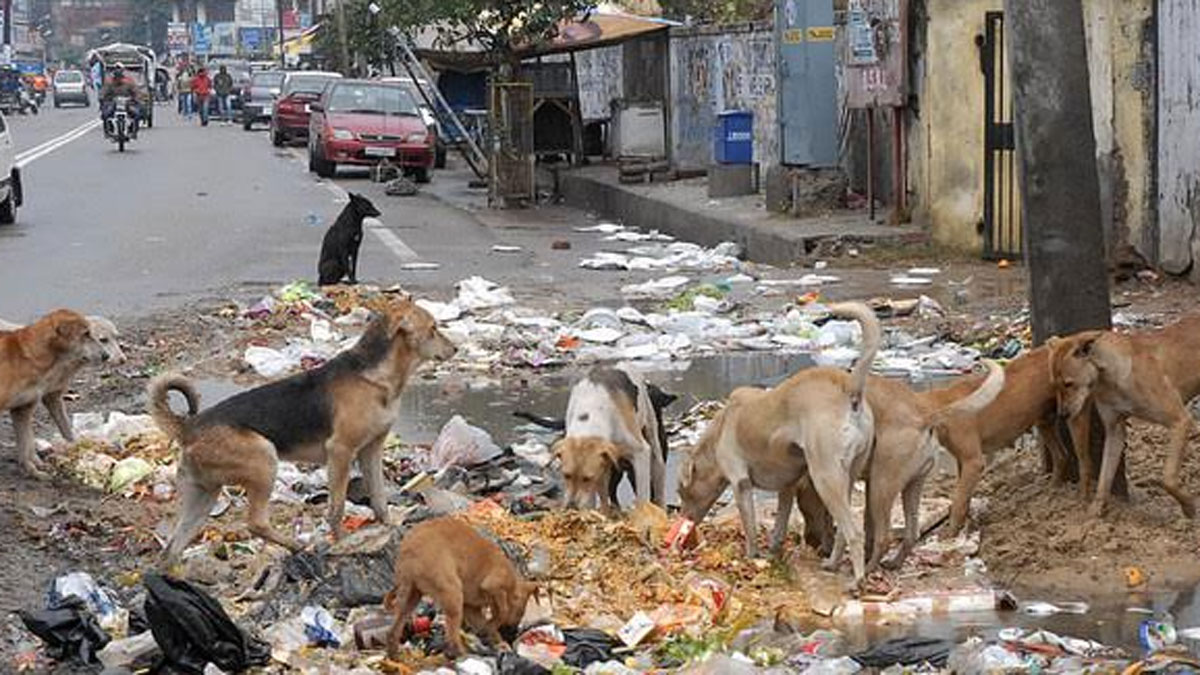 We Asked: Do you think those feeding stray dogs in an area should be held responsible if they attack and bite someone?

I do not think feeders should be responsible for the misdemeanor of stray animals. After all human parents are not responsible for the criminal acts of their children, there are juvenile laws guiding such activities. Having said that, as sensible humans we must acknowledge some facts based on science. Regular feeding of animals whose DNA is attuned to hunting, might make them territorial and give them ample time and opportunity to channelise their energy and skill- which is embedded in their DNA- towards other activities which may be termed as anti-social or nuisance. We need to realise that they should not be made completely dependent on a source of food, which by its transient nature, might dry up one day, leaving the animals hungry and unable to look for food as they have lost the habit of scavenging. Let us understand how to be a responsible caretakers of community animals. In fact, not just strays, every living being should be made independent of any food source. Where animals are concerned, I think the best way to maintain a good relationship with them is to feed them on unexpected days. Let them search for food on some days, it is always available locally. Some days give them food as a pleasant surprise. It will also increase the value of food that they receive, and they will be prepared for those days when for some reason we are unable to feed them. Also, feed them responsibly. Follow the guidelines issued by the Animal Welfare Board of India with regard to timing and feeding spots. Avoid any man-animal conflict arising out of your activity by being considerate and understanding. After all, dogs need to continue living in human society, and we need to map the path for them.- Shakuntala Majumdar,  President , Thane CPCA ( Community for the Protection and Care of Animals)

The parental breed of dogs evolved from wolves that lived in the wild. The wolves live in packs and the in-group cooperation helps them hunt down prey of larger size. The male and female leaders of the pack are called the breeding pair, also known as alphas. The alphas lead the pack during a hunt and often eat first when a kill is made.  The stray dogs who move in individual packs have also retained those characteristics inherited from wolves. So much as an introduction for the topic under discussion here – the stray dog problem. Stray dogs have become a topic of discussion, especially due to incidents in Kerala that ranked sixth in the country this year in terms of dog bites with about 100,000 cases in the past seven months, double from the previous year, with some unfortunate cases of deaths. With people bitten and mauled because of dog bites, many in Kerala have declared war on stray dogs. Some even went to the extent of mass killings of stray dogs. But no one seems to want to know the root causes of the conditions that make stray dogs become aggressive. Some even believe that dogs become aggressive when they are being fed. It is surprising to some of us who work on our academic campus and maintain a healthy relationship with the community dogs. What is the root cause of stray dogs becoming aggressive toward humans? Why has this become endemic mostly to Kerala? The aggressiveness of stray dogs in Kerala has to do with the way the organic waste that contains a lot of animal waste is being disposed of in Kerala. Such organic waste is thrown out in the open spaces from slaughterhouses, local markets, and hotels and its methods of disposal. The dogs in groups are attracted to these spaces and they become territorial. As dogs, like wolves, are pack animals, it’s in their genetic makeup to show a strong sense of territoriality. We need to provide care to make them more human-friendly. The care includes sterilizing, vaccinating, feeding, and cleaning stray dogs to prevent rabies outbreaks. - Dr CP Rajendran, adjunct professor at the National Institute of Advanced Studies, Bengaluru

I have been an ardent animal lover and a dog feeder too, maybe it runs through my genes. During the covid pandemic when the streets were domed and all the hustle and bustle of restaurants were shut down. I decided to volunteer with a few forest officials and some other NGOs based in the city to feed the dogs. We, at a combined level too, took responsibility for certain pockets in our area and started feeding them. In the course of our journey, we met a lot of supporters and also the trouble-makers who considered it an offense.  Just before I start to pinpoint my viewpoint if the feeders are held responsible for any attack that takes place, let me mention some of the laws that support the feeders:

a.         Under the provisions of the Prevention of Cruelty to Animals Act, 1960, injuring, poisoning, relocating, or removing the shelter of animals are all serious offenses.

b.         Stray dogs are protected under the Prevention of Cruelty to Animals Act, 1960, and rules established under Section 38 of the Act, including the Animal Birth Control (Dogs) Rules, 2001; the Indian Penal Code, Sections 428 and 429; and Article 51A (g) of the Constitution.

In accordance with the guidelines laid down by the Animal Welfare Board of India I would like to logically validate my points one by one:

•           No amount of pressure from a Residents Welfare Association (RWA) or society or Apartment Owners Associations (AOAs), should be made to restrict pet owners’ access to elevators or other public amenities like parks.

•           In the case of street animals, the AWBI rules states that feeding stray dogs is a legally protected activity. Under the Animal Birth Control Rules, 2001 no sterilized dog can be removed from their area.

•           No animal like dogs, cows etc. should be purposefully injured, it is punishable by a fine and/or a five-year prison sentence.

•           The Board also recommends hygienic feeding procedures and to avoid feeding strays near children’s playgrounds.

•           Early morning and late-night hours of feeding are always advisable to feed to avoid traffic.

•           Feeding areas should be away from children’s parks and walking areas.

•           Continuous awareness can also be generated in order to educate the uninformed.

The unprecedented growth of the human population and random urban development of cities has led to the growth of stray dog populations in a majority of places in the world leading to food chain disruption as well. Yet stray dogs have also become part and parcel of society and friendship between humans and dogs can be traced back at least 15,000 years. For centuries dogs have been considered man’s best friend. We, humans, are the only species with the highest thinking and vocal capability and we definitely have an innate responsibility to take care of the species around us which we have been failing miserably because of our own growing needs and desires. Feeding stray dogs on humanitarian grounds becomes one of the causes that people and children do out of care and goodwill for the other species and inculcates the spirit of sharing and giving, which is much needed in society today. The other case which has hogged the limelight and is scaring us humans is the aggressive behaviour of dogs across parts of the world which needs to be prodded upon singularly. The cause of this can be listed down to starvation, uncontrolled breeding, lack of proper hygiene, and vaccination practices to name a few. To address this accountability is the key virtue that is required which can’t be imposed individually on the feeders but needs to be a volunteer body set-up with a win-win for both the local governing bodies and society, each learning and sharing with each other and working on rights of stray dogs, and legal framework development for the same. It will help in the protection of dogs. After all, these animals are the ones that need our help and kindness. - Sweta Iyer, social worker

Topic of the month: Do you think one household should be allowed to keep only two dogs/pets in urban residential areas?  You may send your views (either in Hindi or English) in 300 words at [email protected] Please also attach a colour photo of yourself.

Make patios a habitat for wildlife

Here’s why should you groom your dog

‘We have no Planet B’