Although, the journey thus far hasn’t been easy, I know we wouldn’t trade it for the world... 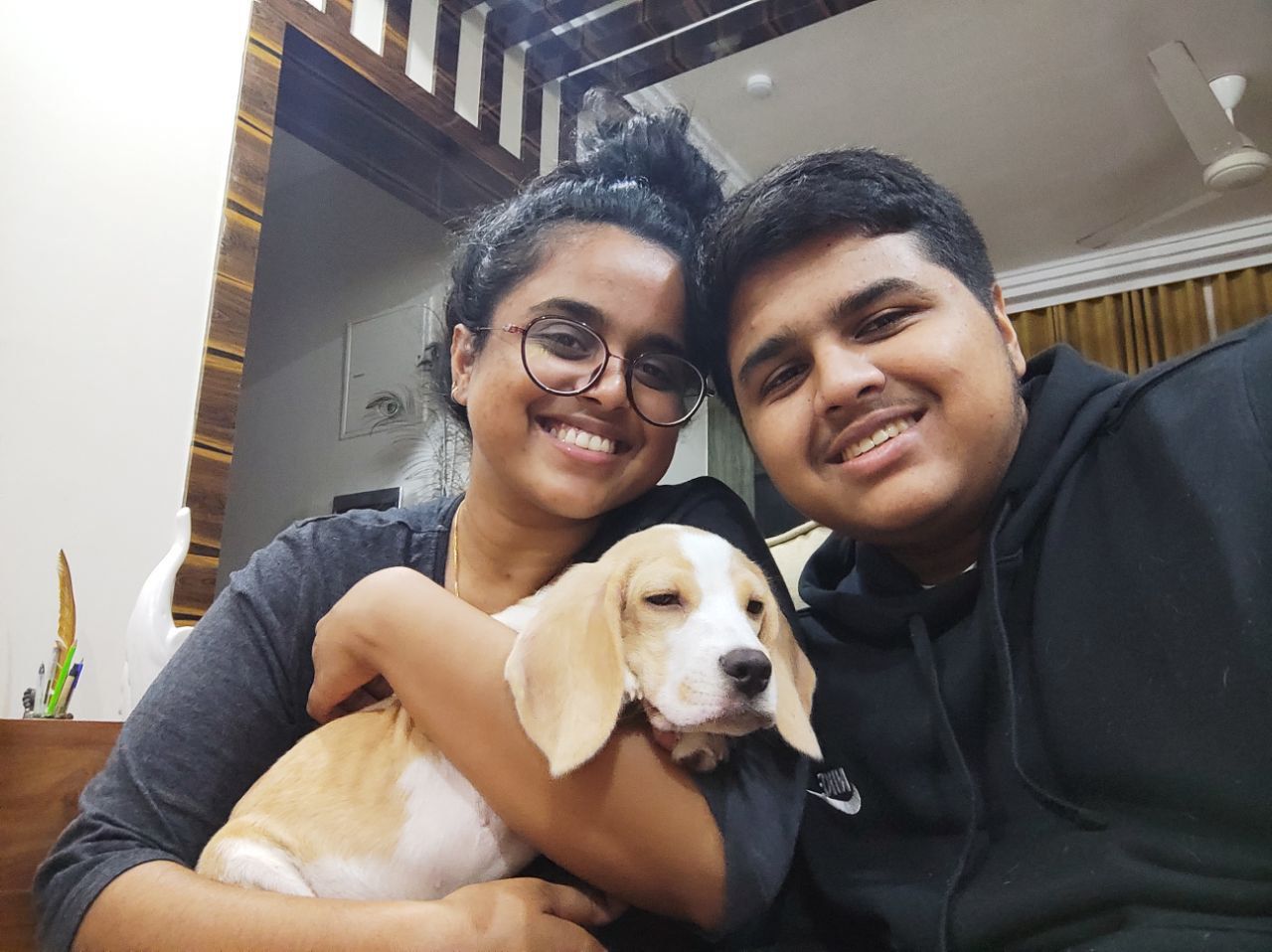 As I’m typing this, a little goofball sleeps over my shoulder. Ah! Never mind, Mumma just clanked a bunch of utensils and off he went voyaging to scavenge for food. These two sentences sum up Coco’s personality in its entirety.

I still remember the day he innocently peeped out of a blue sieved basket plonked on my desk. Like most good things do, he came into our life as a massive surprise. Let me give you some background. Up until three months ago, we were a small family of five - my grandma who had never lived with an animal, my dad who had never touched an animal, my mother who didn’t want another animal in the family after she had my brother, my brother Neelabh who generally loves animals (from a distance) and me, who’s wanted a puppy for as long as I can remember.  So, naturally, if you told me then that we would adopt a puppy and he would become the centre of all of our attention, I would’ve called you crazy. But here we are, a family of five that became a family of six overnight.

But as they say - Rome wasn’t built in a day. But Coco made it all worth it. His cleverness, affection and expressiveness warmed our heart every time we felt overwhelmed by this huge (yet little) change. In a short span of time, Coco taught us several invaluable life lessons - right from knowing how to go for what we want, to never giving up. Today, my entire family treats Coco as though he has always been here, in our lives. My grandma needs his company every morning as she looks over the balcony. My dad takes short 10-minute breaks from work every hour to play with Coco - this is no small feat; the man usually wouldn’t look away from his laptop even if the overhead roof collapsed! My mother treats Coco better than she does my brother, she doesn’t ask for anyone when she gets home late from work except for Coco.  And my 17-year-old brother who would typically act like a 10-year-old, is actually taking care of another life. And me? I have never been happier.

Although, the journey thus far hasn’t been easy, I know we wouldn’t trade it for the world. From eating everything that will fit into his mouth and barking to get us to give him attention, to cuddling up on our laps and aggressively wagging his tail when welcoming us home from work, thanks to Coco, the fine line between naughty and nice has never felt more blurred.  Truth be told, we wouldn’t have it any other way - here’s to a lifetime full of adventures with the sixth Agrawal of our little family.