The Char Dham project began as a road connectivity project for pilgrim tourists. Now the government argues that it is essential to back up troop and arms movement towards the India-China border... 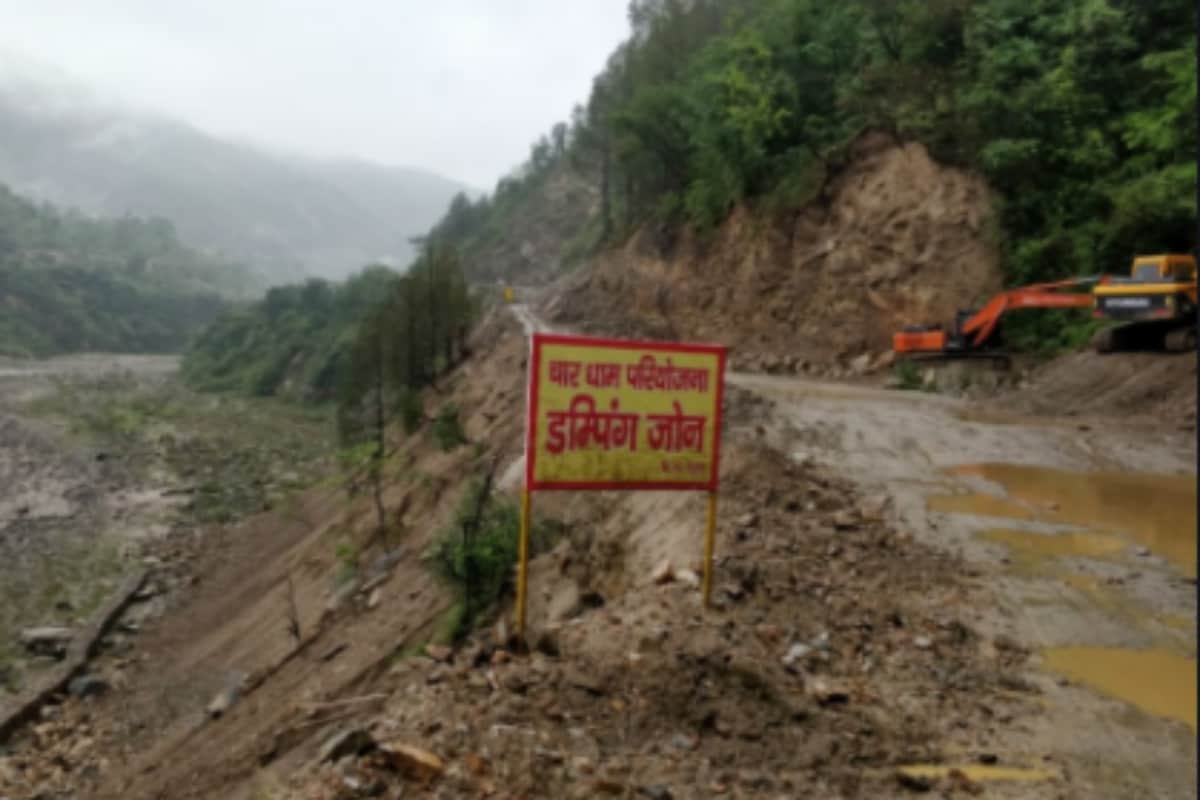 Dr Rajendran is an adjunct professor at the National Institute of Advanced Studies, Bengaluru; Bhanot is a member of Ganga Ahvaan, a citizen forum working towards conservation of the Ganga and the Himalayas

The Char Dham road project, inaugurated by Prime Minister Narendra Modi in 2016, is an ambitious attempt to widen nearly 900 kilometres of hill roads at the cost of ₹12,000 crore. The project, which will be executed by the Ministry of Road Transport and Highways (MoRTH), aims to provide all-weather connectivity to the four major shrines of Yamunotri, Gangotri, Kedarnath and Badrinath. In the enthusiasm for an infrastructural project that will increase pilgrimage tourism from the Indian plains and provide attendant local economic dividends, the government has ignored the facts proven by the many tragic incidents in the hills of Uttarakhand over decades. Rampant construction and its complex interaction with climate change have led to massive landslides and floods in the fragile Himalayan range.

Timeline of the case

The Char Dham project began as a road connectivity project for pilgrim tourists. Now the government argues that it is essential to back up troop and arms movement towards the India-China border. The case is in the Supreme Court. The Attorney General argues that wide roads are necessary for the sake of national security in the Garhwal region. The petitioners, who are residents of the valleys in the Garhwal region, stress on the need for a regulated and narrower intermediate road width with a walking footpath.

Let’s look at the timeline of the case. The Supreme Court said in an order in September 2020 that the carriageway width of the roads cannot exceed 5.5 metres. The Court went by March 2018 guidelines issued by the MoRTH for mountain highways, which set a standard specification of a carriageway width of 5.5m with two-lane structures (7m). In doing so, the Court upheld the minority recommendation of the high-powered committee (HPC) that it has constituted in August. Then, in November 2020, the Ministry of Defence (MoD) filed an appeal in which quoting the MoRTH Affidavit, it asked for “a double-lane road having a carriageway width of 7m (or 7.5m in case there is a raised kerb) with 8-10m formation width” to “meet the requirement of the Army”. On December 15, the MoRTH amended its 2018 circular and raised the 5.5m width limit to 10m. The new circular read: “For roads in hilly and mountainous terrain which act as feeder roads to the Indo-China border or are of strategic importance for national security, the carriageway width should be 7m with 1.5m paved shoulder on either side.”  Why did MoRTH amend the circular way beyond the requirement placed by the MoD?

These wide roads are being sought to be built in Uttarakhand, which has unfortunately been a victim of several disasters in the last two decades. It is crucial to note that the terrain of the Himalayas in Uttarakhand is different from the terrain in Ladakh. Valleys in Uttarakhand are narrow and close-ended with steep slopes of 60-70 degrees. On the other hand, the valleys in Ladakh have a slope elevation of 30 degrees. Just this year, we saw how the floods in the Dhauli Ganga, Rishi Ganga and Alaknanda rivers claimed over 200 lives. During the monsoons especially, owing to the massive hill-cutting for the Char Dham road project, several landslides have occurred in the region. Such is the condition of the State that the national highways of the Char Dham project, including ones leading to the border, were closed repeatedly for months this monsoon season.

And so, the question we need to ask in this context is this: why did the MoRTH enter such a fragile terrain with this massive, ambitious project without even doing a basic environment impact assessment, as is mandated? Violations of the intermediate road width of 5.5m were said to be happening even after the Supreme Court reprimanded the MoRTH. Then, the MoD was brought in to justify the demand for double-lane paved shoulder roads. When reprimanded, the MoRTH informed the HPC that the project had been taken up under a different category which is why the 2018 circular was not being followed. Such a bizarre submission should be — and was — rejected by many. However, some toed the line of the government and agreed to the double-lane paved shoulder road width. Later, it was revealed that the project proponents intend to install toll booths along the Char Dham roads, and that is feasible only with the double-lane paved shoulder road width. Is it the intent of the government to levy a tax on Char Dham yatris?

In its November 2020 appeal, the MoD had requested a 7m carriageway width with 8-10m formation width. This was supported by the MoRTH in its affidavit. The petitioners and the small minority within the Supreme Court-appointed committee recommended an intermediate road width of 5.5m tarred surface which facilitates easy bilateral movement, with a 1.5m walking footpath, which pilgrims and residents of the valley need. The formation width of this design is the same as that proposed by the MoD (8-10 m) with the only difference being a walking footpath. What then is the difficulty? When the judges raised this question, the government had no answer.  several violations of the MoRTH came tumbling out and the fact that MoD was being used to justify a road-width which started on a wrong footing, thus became clear.  It is often argued that landslides are a natural consequence of the construction of roads and can be mitigated. Similar arguments were made in court about this project too. However, the rainfall this year showed that the mitigation measures are no match to nature’s fury. Prevention and regulation of activities seem to be the only effective way of mitigation in these fragile mountains.

Disaster-resilient, safe and stable infrastructure is the only solution for commuting by road in the hills for residents, tourists and troops too. But double-lane paved shoulder roads are excessively wide and render the slopes vulnerable. The unique Himalayan landscape with steep slopes and sharp gradients is not amenable to human engineering. Any human-induced change beyond the Himalayas’ carrying capacity will have an impact on stream run-offs and erosional or depositional processes. Considering such vulnerabilities, we need to keep the scale of human-induced disturbances to the minimum level possible. The Char Dham project in its current form goes against all environmental safeguards.

If the government does not desist from widening the roads under this project, it will be a Himalayan blunder. It will significantly reinforce mass wasting processes and erosion rates given the steepness of the slopes, earthquake activity and erosivity of increased monsoonal precipitation. The Himalayas need to be preserved as a nature reserve for future generations. That is why they are known as the ‘abode of Gods’. So, why desecrate them?

This article was first published in The Hindu, Nov 22, 2021, and being republished by TreeTake with the writers’ consent