I would like to share with the readers of this article that keep a pet only if you want to have him as a baby at home, not like an animal... 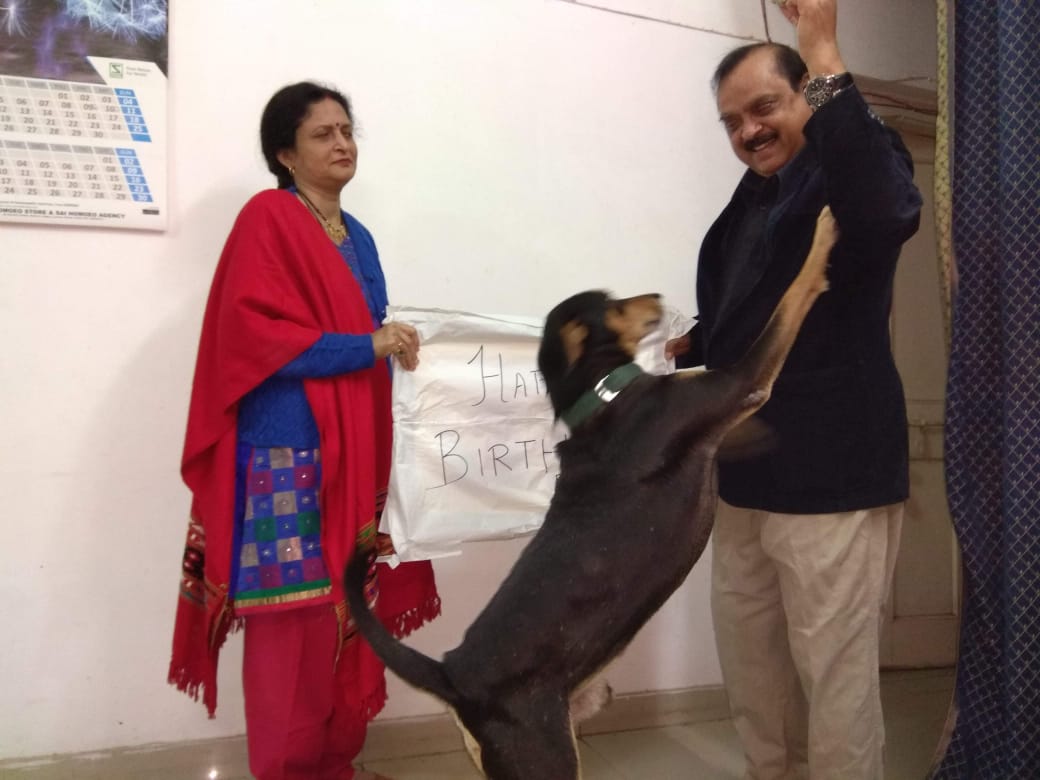 Vibhuti Rai, Professor of Geology, University of Lucknow, says adopt a pet only if you want to add to your family…

Pets are not just animals but are, in fact, family members! Anyone considering them to be just one more creature in the house certainly does not know the value of a pet. Among several pet-related animals such as cats, dogs, mouse, guinea-pigs, parrots, fishes etc., I can certainly say that dogs remain at the top of the list as far as the domesticated animals are concerned. I remember as a young child, I had kept many pets at our home including rabbits and tortoise. But I was the most fond of dogs. I still remember my first pet was Bony, followed by Pony, then Tony, then Juju, then Tim and later Foxy, Bully and Johny. And then, there was a huge gap of about 20 years when I had my children. Then, I brought another male puppy home and christened him as Odi, after a dog character from some cartoon film.

It was on a winter eve in 2008, when I realised that my two kids- Kuku and Baby- had to go to school while I had to go to university and my wife Anupama, who was suffering badly from osteoarthritis and a kidney ailment, was left for long hours alone at home. She needed somebody with whom to keep busy with and so I decided that we should have a dog. Odi was just a few months old when I got him from my friend, Professor Desh Deepak, whose bitch Leica had given a litter. So Odi came home as a Christmas Day surprise! He was one of the naughtiest puppies and was black in colour with few shades of brown on his legs but with two beautiful dots over his eyes. My wife was extremely surprised as she never knew we were planning a third child! Initially, for a few days it was very difficult to sustain night cries as Odi was quite missing his mother. But we all cared for him like a family. Later, we brought a cardboard box in which proper cushioning was done to provide him a comfortable bed.

Soon, Odi became very playful. He chewed most of our footwear as he was growing teeth. Anyway, there was one thing particularly unusual about him that he never dirtied the house but went out to the lawn to answer nature’s call. He adopted to the regular day-to-day routine as per the availability of family members, but he was always the first one to greet a member when he/she returned home. We also first looked for Odi upon entering the house. But the best part was that he was keeping my wife Anupama busy throughout the day and, in the process, she forgot all about her health problems. Odi helped to overcome her anxiety and slowly she started recovering in a big way.

Odi is now 15 years young and slowly his age is affecting his body by way of some walking problems, some issues related to his food intake besides poor eyesight but otherwise, he remains cheerful and happy and even occasionally bites us but mentally, he is quite agile and always conveys what he wants such as food or blanket or snacks. One unusual thing about him was that he never ate dog biscuits or dog food or pedigree and eventually we had to give that to the street dogs. Odi likes cakes, kebabs and peanuts but also prefers cashews and chocolate. He does not like very young children or other dogs as he is very possessive of his family. Once I bought another pup in order to provide him company, but Odi went on hunger strike and started sitting in the family temple with my sister-in-law. So, we had to give away the new pup to my cousin who lived across the road from, our house.

Parenting Odi was never a problem because we always treated him as our own child and he treated us as his own family. In all these 15 years of time, Odi had to undergo several operations in his stomach as well as in his neck due to growth of large cists in which some body fluid used to accumulate. But we were very fortunate to have a veterinary surgeon- Dr Narbir Singh- at the government hospital in Babuganj, Lucknow, who performed operations in such an excellent way so that now not a trace of any big operation is there- no scar on his body! Unfortunately, we lost the surgeon in the corona pandemic.

I would like to share with the readers of this article that keep a pet only if you want to have him as a baby at home, not like an animal. Handle him with love and care, and he would give it back to you multiple times. You would never have any kind of regret because the love and affection that a pet gives you is pristine and is incomparable to any human feelings for that matter. My advice to those who want to keep a pet would be to choose the one who is acceptable to all the family members and you will never look back. These pets are God’s own creation in a different form and are an extension to your family, Love them anyway!