A dog loves you more than you love yourself

A dog loves you more than you love yourself

It was an auspicious day on the 18th of January when Buddy was born. I wanted to give Buddy to Simran, my daughter on her birthday, which was on 19th of March... 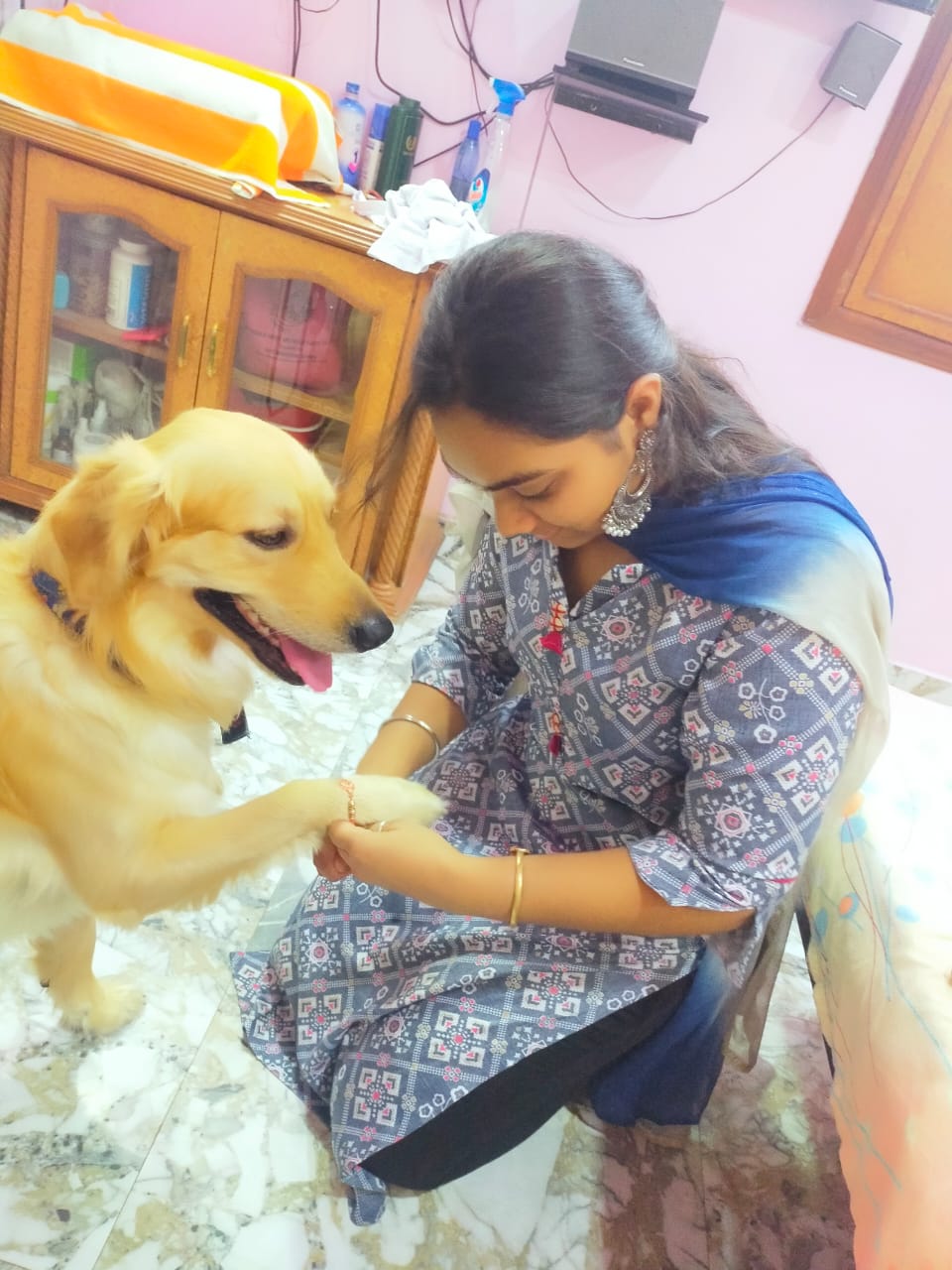 Gagandeep Sethi, a teacher, finds a new kid in her Golden Retriever …

I am Gagan. I am a single parent with one angel who is my daughter, my lifeline and my soulmate. We were complete in ourselves. Then, one day, she asked me if we could have a pet and I was a little sceptical. I was sceptical not because I probably couldn't afford it but because having a pet is not only bringing a living soul, it is living with a living soul. I do have aging parents. Parents who don't like pets at all. On one hand I had a daughter who wanted to have a dog and, on the other hand, I had parents who did not want to keep a dog. In between the sandwich was Gagan. Like any mother would choose, I selected my daughter's choice.

It was an auspicious day on the 18th of January when Buddy was born. I wanted to give Buddy to Simran, my daughter on her birthday, which was on 19th of March but as he was growing up, we had to bring him to his house on 14th of February 2021. We are vigilant about his vaccination as that is an important and vital part of his routine and everyone around. I knew already bringing home a pet would not be easy with all the additional expenses. We mentally prepared ourselves. We also had to buy a few things which we did enthusiastically. Finally, Buddy came home. He was too small, cute and fragile. He was very adjusting and took it to be his home the very first day. It is all fresh in my mind still.

It is a full one year and seven beautiful months from the time my boy has come home. He has been a blessing to our house and our lives. I am very happy to be a mother of two children now. He recognises me as a mother, he takes me to be his provider and protector. He has a strong emotional bond with me and Simran now and looks upon us as his blood relatives. He is too possessive about me and that gives me a sense of pride. As Buddy is a golden retriever, he is a family dog. He is too naughty and playful. He has his own routine. He treats Simran as a sister, they can play almost the entire day. My daughter ties Rakhi on his paws first and then ties two together on his neck. He equally protects her. He is an inseparable family member now whom my adamant parents also have fallen in love with. He can attract anyone and everyone.

Clinginess and overprotectiveness could actually be advantageous when rearing a dog. I know I show the highest levels of dependence on my  pet and so often express the greatest affection for him as well.  Buddy will require lifelong parenting, and he will certainly get it from me.  I take the best care of his vaccination, vitamins, calcium, skin coat tablet, deworming, calcium bones, best of shampoos, deodorant, sandalwood powder, parlour, grooming, dog bones in kilogrammes and of course not to forget the expensive toys which few at times he destroys within fraction of a second. We really can't leave him alone for long and neither can he. He gets angry with us if we leave him or come late home by any chance. He cheerfully ignores a few commands and does whatever he wants.

Rewarding good behaviour is something every dog can understand and every pet parent enjoys and so do I. We will go above and beyond the call of duty for Buddy,  just like it would be for our human family members. Buddy has fully integrated into the family pack. We wouldn’t hesitate to spend money on anything he needs from healthcare to grooming, and everything in between. I love  and pamper my Buddy, but also respect that dog is a dog and has special dog needs. Last but not the least Buddy is Lucky as he is well balanced and behaved. He gets  love and attention, has mostly free range of the house, joins humans in daily activities, and respects their human emotions and the boundaries they set. We love Buddy! "No matter how little money and how few possessions you own, having a dog makes you rich."

Why do we struggle so to understand our planet?