The institution of Guru ka Langar has served the community in many ways... 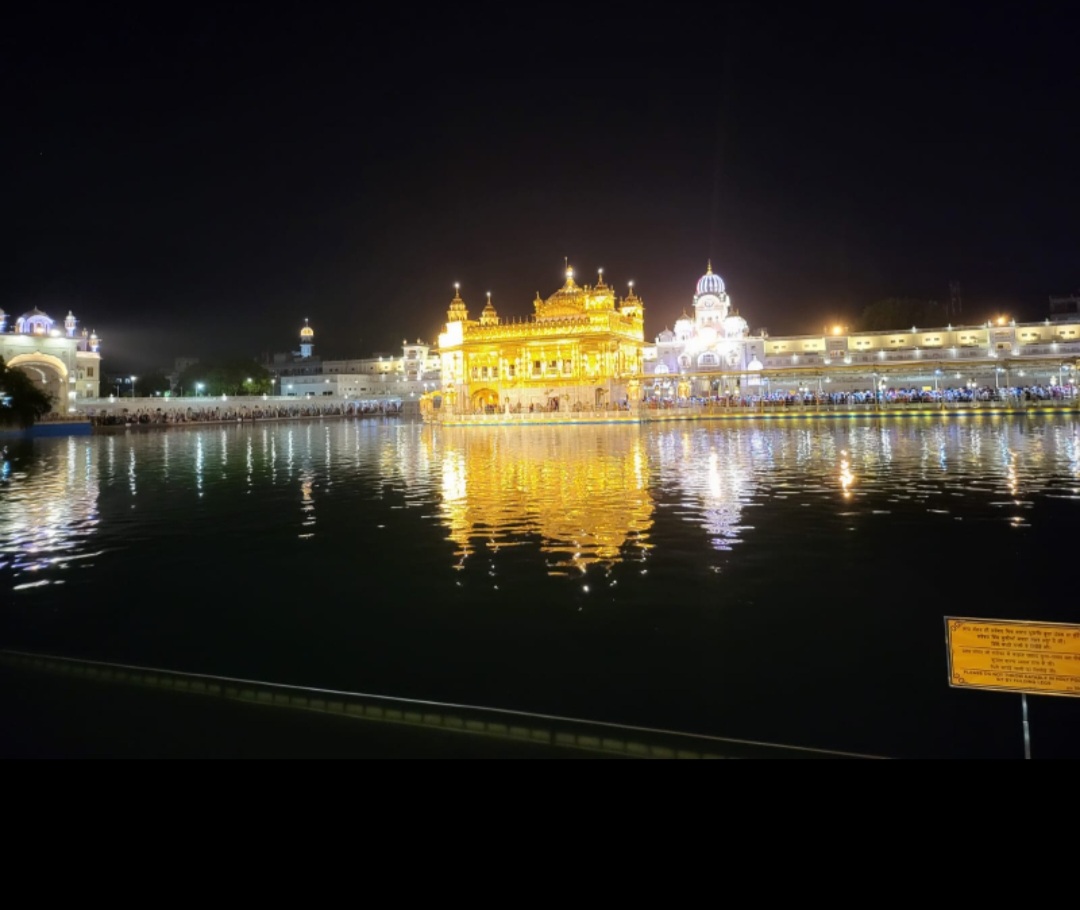 This Easter break we planned to visit the holy city of Amritsar. A city which has always fascinated my imagination. As far as I remember, the Golden Temple has been on my list of places to be visited and this year it happened to be true. So, the journey began early in the morning as the only direct flight available from Lucknow to Amritsar flies at 6:15 in the morning.  Entering  the holy land, we were greeted by some extremely amiable locals on our way to the hotel. Amritsar, being a popular religious and tourist spot, has a number of good hotels to boast of. So, we opted for a good property within the main city.

After the check in formalities, we embarked upon the much looked forward to the Amritsari Chola Kulcha ,one of the most famous street foods the city has to offer. We were treated to the crunchy and flaky kulcha by some of our friends at the local eatery. While our mouths were  drooling, food got ready and the carefully done kulchas were served with a dollop of butter, Amritsari chhola and onions. Oh, what a scrumptious lunch it was! Next, we went in for the very popular fruit cream which happens to be another popular dish with the people visiting the Punjab. The ice cream parlour had a variety of ice creams and desserts to offer and we chose the fruit cream which was a delight to have. Creamy, soft and loaded with seasonal fruits, cold enough to quench the summer heat.  The binge for the afternoon was now complete and we headed, tired and full, for a break at our hotel room.

The evening sojourn took us to the beautiful Golden Temple. Embarking off  in a bylane leading to the shrine we bought some head scarfs for ourselves which were available in a variety of colorus in even more vibrant shops selling artifacts, caps and other mementos. Sri Harimandir Sahib or the Golden Temple is not only a central religious place of the Sikhs, but also a symbol of human brotherhood and equality. Everybody, irrespective of cast, creed or race can seek spiritual solace and religious fulfilment without any hindrance. It also represents the distinct identity, glory and heritage of the Sikhs. Before entering the sanctum sanctorum, we were welcomed by the representatives of the Gurudwara  committee who were extremely hospitable and kind. We were then required to keep our stuff in safe custody before going to the main shrine. The sight of the magnificent temple was the one to behold. Standing bright in the middle of the lake the shrine offered peace and solace to the souls gathered there. The Harmandir Sahib is the focus of a complex of buildings that form the heart of Sikhism and occupies a small island in the centre of the tank, or pool, called the Amrita Saras “Pool of Nectar”—the source of the city’s name—and is connected to land on its west side by a marble causeway running across the water of the pool.

It is recorded that in 1581, Guru Arjan Dev initiated the construction of the Gurdwara. Guru Arjan Dev, the fifth Sikh Guru, symbolically had it placed on a lower level so that even the humblest had to step down to enter it. He also included entrances on all four sides, signifying that it was open to worshippers of all castes and creeds. The foundation stone was laid by Mian Mīr, a Muslim sufi saint from Lahore (now in Pakistan).  It was later rebuilt in marble and copper overlaid with gold foil during the reign (1801–39) of Maharaja Ranjit Singh. The structure thus became known as the Golden Temple. The discipline in which devotees attend the service is remarkable and one of its kind. After paying homages, the devotees move out in an organized queue and are given a handful of  ‘kada prasad’ by volunteers. The inflow of devotees and visitors seemed to be endless with many sitting in divine devotion all through the night and day. The tradition of serving langar initiated by Guru Nanak Dev Ji  is still continued by the community and the same has been a tradition at the Golden temple which serves free food day and night.

The institution of Guru ka Langar has served the community in many ways. It has ensured the participation of women and children in a task of service for mankind. Women play an important role in the preparation of meals, and the children help in serving food to the gathering. Langar also teaches the etiquette of sitting and eating in a community situation, which has played a great part in upholding the virtue of equality of all human beings. The evening spent at the Darbar Sahib was ethereal and absolutely spiritual.

The next day we went to the Jallianwala Bagh Memorial, the place known for one of the most brutal massacres in the world. Scores of visitors appeared to be pouring in at the site. The Jallianwala Bagh massacre, also known as the Amritsar massacre, took place on 13th  April 1919. A large peaceful crowd had gathered at the Jallianwala Bagh to protest against the arrest of pro-Indian independence leaders Dr Saifuddin Kitchlew and Dr Satya Pal. In response to the public gathering, R. E. H. Dyer surrounded the protesters with his army units. The area had only one exit as its other three sides were enclosed by buildings. After blocking  exit with his troops, General Dyer ordered  shooting at the  unarmed crowd, continuing to fire even as the protestors tried to flee. The troops kept on firing until their ammunition was exhausted. This incident shocked Gurudev Rabindranath Tagore,  to such an extent that he renounced his knighthood. At the site is built a  memorial in the memory of all the innocents who were killed by the merciless British General.

Our next destination happened to be the Wagah Border, some 30 kilometers away from Amritsar famous for the ceremonial closing of gates and lowering of flags of India and Pakistan. After a thorough checking we entered the pavilion and took our seats at around 4pm. Thousands of people appeared to be sitting, waiting for the ceremony to begin which finally started at around 5 pm. The pomp and pageantry of the Beating Retreat and the Change of Guard of the Indian and Pakistani forces was the most charming spectacle that evening. The highlight of the evening being  Beating the Retreat ceremony with the crowd swaying in the most nationalistic fervour. Soldiers from both the countries marched  in a perfect drill, going through the steps of bringing down their respective national flags. As the sun went down, lights were switched on marking the end of the day amidst thunderous applause. And, we left feeling proud and excited to have a cup of tea at the roadside dhaba.

The following day was reserved for the Partition museum and the famous Hall market. After spending about an hour at the museum we went to the famous Hall market which is one of the oldest marketplaces in the country. One of the busiest shopping destinations of Amritsar, this historical bazaar is only 1 km from Amritsar railway station and only 1.3 km from the Golden Temple. The many stalls and shops here offer electronics, books, apparel, jewellery and ornaments, handiwork, Chinese lanterns, the world-famous Phulkari embroidery and Amritsari juttis among many other things. Apart from the high octane shopping experience, the Hall Bazaar is home to some beautiful  architecture including the Mughal archway entrance, called Gandhi Gate. The market is also home to some of the best restaurants and food stalls in the city offering mouth-watering Punjabi cuisine. After the shopping halt it was time to go back and prepare for our flight way back to Lucknow the following day. The journey was overwhelming and soothing indeed.

Living without an appendix causes no known health problems

Should I employ a Dog walker?

We wanted to focus specifically on harmful single-use plastic pens