No one realizes that a seed takes at least 45 days to become a sapling, and a bigger tree’s seed will take 4 to 5 months to grow into a small sapling. A lot of work goes into making a small bag of possibility called the sapling... 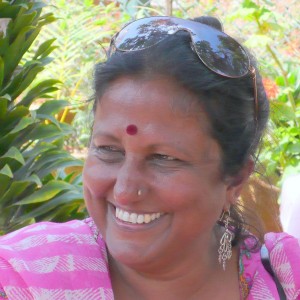 Q: How did 'Trees For Free' come about?

Around the year 2005, development along with the massacre of our city was its highest. That was when trees were being cut down, pulled down, uprooted – I can say a large scale killing of trees was on. And there were a lot of well-intentioned people who wanted to stop that. There were demonstrations and people hugging trees and making human chains around their favourite trees. But I understood one thing, that no matter how much we want to stop and save our planet, the forces which were destroying it were more powerful and it was so much more positive to go ahead and plant new trees. I was a landscape artist and all I knew was to create; that motivated me and gave me some know-how on planting. What I saw was that it was better to bring the good out in people than to stop the evil. So, I went house-to-house, door-to-door, with a few friends and volunteers, asking people to plant and look after trees in front of their houses. There were mixed responses; mostly, people would readily agree to plant and adopt the tree, but then eventually, cars became more important and everyone started thinking of parking and it became difficult again. There was also a system of citizens volunteering as tree-guards, which was very effective then; a lot of fines and stay orders happened, which also gave rise to bitterness between neighbours, but I still feel that fines were a very good way to stop unnecessary cutting.

Q: How many trees has Trees For Free planted? Where do you organise such planting?

Planting is not a numbers game for me. But till today we must have planted 43,000 trees in and around Bangalore. In the beginning we literally planted only 250 trees in the whole year, but then the work started getting appreciated, and  thanks to the media, now people come to me. We have planted on road sides, parks, office campuses, schools, actually anywhere where there is a person most passionately willing to look after the tree once it is planted.

Q: How do you ensure the planted trees survive?

The most important factor I look for when we plant is, there have to be people of that area who want those trees and want greenery to exist and are willing to nurture those plants and give them regular water. Unless we don’t engage people, it is difficult to sustain a plant. You just don’t do a fancy sapling plantation and forget about it – saplings need nourishment. Of course, road side varieties are tougher, but for a sapling to grow it needs care. Initially, I did the running around, but today there is a lot of awareness and people come forward in the form of Corporate Social Responsibility initiatives and building societies and associations. They come to me with requests for planting trees in various locations. So, all we have to do is go to the location and plant saplings. When we plant on the road side, we provide bamboo guards to the saplings and see to it that there are no electric wires obstructing the tree. If there are, we plant a smaller tree.

Q: Should saplings be given away for free?

No one realizes that a seed takes at least 45 days to become a sapling, and a bigger tree’s seed will take 4 to 5 months to grow into a small sapling. A lot of work goes into making a small bag of possibility called the sapling. You give it to someone who just came for the party and is least bothered about your green vision – it’s just a waste of the poor life. So, I have stopped distributing saplings. I encourage people who are willing to take care of the small plant and see to it that it grows into a lush big tree.