About 1748 plants of about 8000 species of vascular plants are known for their medicinal properties and are found in the Indian Himalaya. However, extreme human interference today has resulted in a threat to tens of thousands of species with extinction... 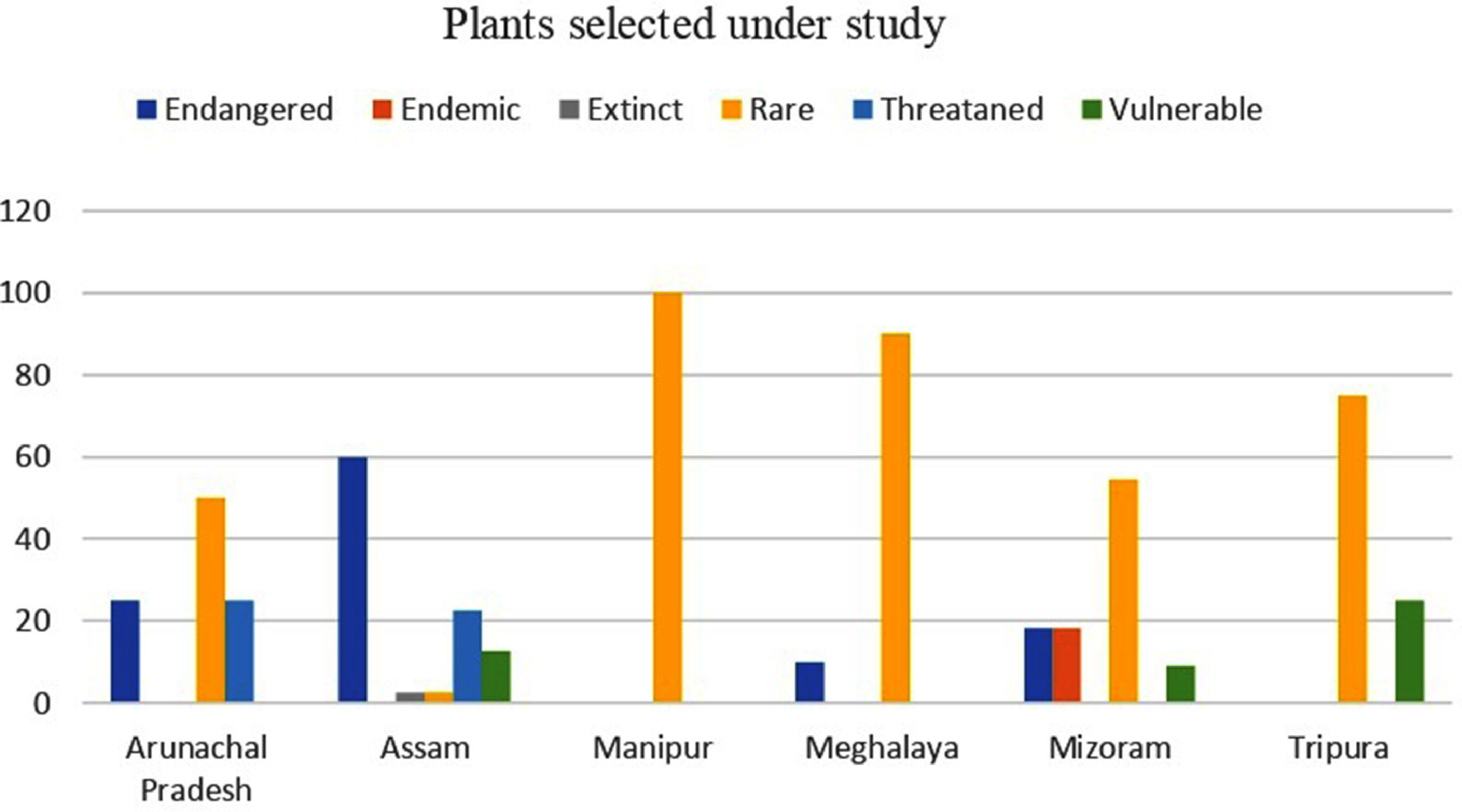 The Eastern Himalayas Region is characterized by extreme altitudinal variations, and this contribute to its rich biological diversity. It includes Bhutan, north-eastern India, and southern, central, and eastern Nepal. About 1748 plants of about 8000 species of vascular plants are known for their medicinal properties and are found in the Indian Himalaya. However, extreme human interference today has resulted in a threat to tens of thousands of species with extinction. Herbal medicines are becoming popular and this has enhanced the research towards ethnobotanical and ethnomedicinal investigation on herbal products. Consequently, medicinal plants are now under great pressure due to increased demand. Other potential causes for this loss include-habitat specificity, narrow range of distribution, land use disturbance, introduction of non-natives, habitat alteration, climatic changes, heavy livestock grazing, explosion of human population, fragmentation and degradation of population, population bottleneck and genetic drift.

About 80% of the population in the developing countries depends directly on plants for its medicine (WHO). Out of the 20,000 medicinal plants listed by the WHO globally, India's contribution is 15 – 20%. India is one of the biodiversity hotspots of the richest and highly endangered eco-regions of the world. It contains over 5% of the world’s diversity though it covers only 2% of the earth's surface. The medicinal plants of the Himalayas are threatened due to various reasons such as high demand for essential oils, herbal medicines, and pharmaceuticals, unsustainable harvesting. Other factors like increasing environmental degradation, climate change has increased threat to the Himalayan native flora too. During drug formation if the particular plant that have specific medicinal properties is not available, then in that case, we can supplement it by the nearest plant that has same medicinal properties on the basis of neighbor-joining dendrogram analysis. It is important to identify the region that is best fit for the plant conservation on this. Most of the plants are already included in Red Data Book, therefore, it is very useful to identify those plants that have more medicinal value and can be used in future. These strategies may reduce the heavy pressure on the biodiversity of the medicinal plants, particularly on native plants of Himalayas.

Separation anxiety can cause compulsive barking