If a cross section of dogs is observed it would be seen that smaller sized dogs bark excessively compared to their large sized brethren. It means that size has something to do with the trait of barking amongst dogs... 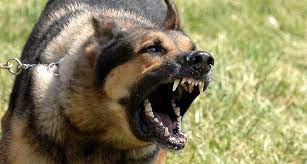 Whether barking dogs bite or not is a matter of personal experience, but excessive barking is bad. An excessive barker is a nuisance to the owners and neighbors hate both the owner and the dog. Barking is primarily a warning to the pack members of the presence of an intruder. Though it is a trait common to all dogs, through selective breeding man has created more barkers and less barkers in the doggy clan. Amongst the purebred dogs, Terriers are bred to bark. Therefore, to expect a terrier breed to remain calm and docile is something beyond the breed’s character. That is why Australian Terriers, Fox Terriers (Smooth) and Tibetan Terriers bark a lot.

Generally, dogs of the Gun Dog Group like Labrador retriever and Pointer are very calm and quiet. This is because of the fact that the dogs of this group are supposed to either retrieve the game or point at the game. On the other hand, some breeds like Cocker Spaniel though belong to the same group are required to rush up to the bush, bark and flush out the birds hiding there. Therefore, the Cocker Spaniels do bark. Each purebred dog has all these characters well defined and if the owner is aware of them, he can always visualize the barking habit beforehand. Problem comes for those owners who decide to go for a crossbred dog or the most common breed the Spitz. Incidentally this breed is misquoted as ‘Pomerian’ in Uttar Pradesh. There is no breed of this name. The nearest resemblance is to the Pomeranian. The face does resemble but Poms are seldom white. Apart from the Spitz, the other common house hold breed is the Lhasa Apso. Both these breeds are excessive barkers.

If a cross section of dogs is observed it would be seen that smaller sized dogs bark excessively compared to their large sized brethren. It means that size has something to do with the trait of barking amongst dogs. A German Shepherd or a Tibetan Mastiff sniffs the visitor in the house and at best may growl if the master is around. In case the dog is alone he may give a loud bark to warn the stranger of the impending danger ahead. Whereas a Spitz or a Lhasa Apso in the same situation would keep on barking till the visitor/intruder goes away. Most of the smaller sized crossbreeds display the same trait. The reason is apparently simple. They bark out of a fear complex. Smaller size makes them vulnerable and they seek protection via loud mouth.

An excessive barker usually develops this trait at the age of five months. Initially his bark sounds pleasant and the owners welcome it. Sometimes they encourage the dog to bark more. Gradually, with age the voice of the dog becomes shrill and what was music to the ears till a few months ago becomes unbearable. The only cure majority of the owners have for such dogs is either to hit them when the dog barks or to shut him up inside a room. But this type of treatment is not going to help. One may be able to temporarily put away the noise, but the dog remains a nuisance. Such dogs need a careful handling and training. In case it is a breed character, it is impossible to stop the habit. But even those dogs can be trained to quite some extent.

In order to train such a dog, you require a tin filled with small pebbles. Tightly close the lid of the tin. It should make a rattling sound when thrown away. Let the dog bark at the stranger. Throw the can near him and the moment the rattling can lands near him, give a sharp reprimand. The rattling noise and your sharp reprimand are bound to startle him! If he stops even for few minutes, praise him a lot. Repeat the process as soon as he makes the next attempt. Gradually, the intensity and duration of barks will be reduced. Do not forget to praise the dog each time he responds to your reprimand. Soon a mere rattle of the ‘can’ will end his barking spree. Many dog owners complain that their five month’s old puppy does not bark. Some have the problem that their pup keeps on barking. A normal dog should warn the master about the presence of a stranger in the house and bark only to attract the attention. A puppy that remains quiet should not be encouraged to bark; else he will turn in to an incessant barker. The puppy which keeps on yelping should be corrected by the method enumerated above.

Well, a barking dog may not bite, but the barks are annoying isn’t it! Train your dog to be quiet and let your neighbors live in peace.

My doggy is a tigress