India is one of the 17 mega-diverse countries of the world. Being home to 7-8% of the world’s recorded species, from top predators such as the Asiatic lions, Bengal tigers to large herbivores such as the Asian elephant and one-horned rhino sustain several complex ecosystems in India. 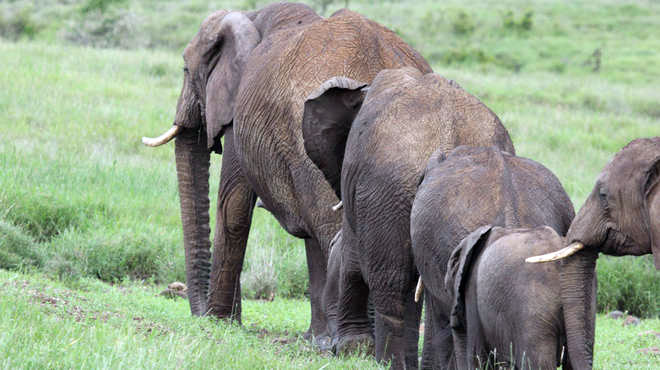 India is one of the 17 mega-diverse countries of the world. Being home to 7-8% of the world’s recorded species, from top predators such as the Asiatic lions, Bengal tigers to large herbivores such as the Asian elephant and one-horned rhino sustain several complex ecosystems in India. This rich fauna has not just been an integral part of India’s environmental history, but has also been instrumental in shaping several indigenous cultures. Today, however, this intimate connection of India with its wildlife seems to have been lost as it is increasingly being sacrificed for the sake of development of the economy.

This shifting narrative about India’s wildlife can be perfectly encapsulated by the current situation of Asian elephants. Elephants have enjoyed a special place in India’s culture and tradition. They were used as a means of transport for the royalties and to fight battles, as has been captured by various frescoes. Most important, however, is the status of elephants as a deity in the form of Lord Ganesha. Keeping in mind the aforementioned, one might suppose that India’s elephants must enjoy a high degree of protection. While elephants do enjoy the highest status in the Wildlife Protection Act of India, 1972 as Schedule I species, unfortunately the situation on the ground paints a different picture altogether.

It is disappointing to learn that today only about 27,000 wild elephants remain in India, as opposed to a million a decade ago as indicated by research. There has been a 98% nose dive in the wild elephant population. India is home to over 60% population of Asian elephants in the world, making India the last strong-hold of Asian elephants. However, in this stronghold too, the situation for Asian elephants seems dire. They face an all-encompassing threat such as shrinkage of their forest ranges, habitat defragmentation, poaching for their body parts and captivity, and anthropogenic pressure. It has become commonplace nowadays to open the newspaper and read about deaths of wild elephants, or even the ill-treatment meted to captive elephants. It is indeed shocking to learn the sad plight of India’s elephants.

Wildlife SOS, established in 1995, started working with elephants in the year of 2010 with the aim of saving India’s elephants. The initial efforts of the project were focused on rescuing captive elephants across India that was facing severe abuse and cruelty by their captors. Captivity of elephants is easily associated with the cultural history of India and is treated as an acceptable practice. However, this cultural narrative tends to mask the sad reality of the illegal live elephant trade that takes place across India. These elephants are routinely found to be suffering from health issues such as foot-rot, arthritis and compromised nutrition. These elephants are worked to the point of exertion and once their health problems hinder their locomotion, they are disposed off. Breeding of elephants in captivity is extremely difficult, which means that capture of another elephant sustains this trade. Over the course of last decade, the project has expanded greatly and we have been able to facilitate the rescue of over 30 elephants.

Wildlife SOS, in collaboration with the Uttar Pradesh Forest Department, established India’s first Elephant Conservation and Care Centre in Mathura, in 2010. The primary objective for establishing the Centre was to rehabilitate severely abused and exploited captive elephants. The Elephant Conservation and Care Centre is now home to over 25 rescued elephants and is a living breathing conservation education platform to change public perception to support elephant conservation. All of the elephants were rescued from extreme distress, while some were privately owned and had a cruel history of being used for begging, others spent a lifetime in captivity & confinement as temple elephants or were being coerced to perform in circuses.

No longer forced to bear heavy loads, or walk on hot pavements, these majestic creatures are finally able to spend their days happily, with frequent baths, a nutritious diet, and good veterinary care. The centre is full of natural vegetation with enough open fields around for their daily walks and several trees available to scratch themselves, thus making it closest to the natural habitat of the elephants.

In keeping with the organisation's objectives to rescue and rehabilitate Asian elephants from abuse and captivity and provide them with the best quality medical care available, Wildlife SOS constructed the country’s first and only Elephant Hospital specially designed to treat injured, sick or geriatric elephants in 2018. The Hospital is equipped to test and diagnose elephants for a host of diseases and pathogens with an inbuilt path lab, dealing with emergency situations with a hoist and support structure, and quarantine the elephant for required durations to avoid the spread of diseases. Regular veterinary checkups will be enabled through the weighing scale and treatment pen, along with space to treat an elephant for longer durations if needed.

The hospital not only provides better care of our resident elephants and the others that may come, but it also helps us expand our knowledge about veterinary and behavioural science of Asian elephants to share with other practitioners and conservationists. Asian elephants, in comparison to their African counterparts, face two unique challenges that greatly blotches their conservation efforts: firstly, captivity is a serious threat faced by Asian elephants; and secondly, they remain largely understudied. We believe that through the Elephant Hospital, we will be able to make meaningful relevant contributions towards globally enhancing the knowledge about Asian elephants. We also hope to identify and develop a model for management of Asian elephants in captivity across the world. At both these facilities, not only do distressed elephants get a second chance at life but visitors too are given educational tours to sensitise them about the conservation of elephants in India and the need to save this magnificent species.

According to the census conducted in 2018 by Project Elephant there are 2,454 captive elephants in India. This number is likely to decrease as the elephants will subsequently age and the Wildlife Protection Act, 1972 forbids the capture of new calves to keep the captive elephant population afloat. Access to veterinary aid is a rarity for most elephant keepers. Oftentimes, simple injuries become chronic in nature due to untimely treatment or in the absence of any treatment. Foot injuries especially have the tendency of becoming fatal to elephants. It is, thus, but imperative to be able to improve the living conditions of these elephants. Keeping this in mind, Wildlife SOS has been bringing critical medical aid to distressed elephants via means of its mobile veterinary unit. This service has been extended to both wild and captive elephants alike in the states of Maharashtra, Karnataka, Tamil Nadu, Uttar Pradesh, Uttarakhand and Kerala. Outreach to keepers is also an essential component of improving the lives of captive elephants, who often do not get an exposure to learn the developments in elephant keeping.  With traditional elephant keeping being heavily reliant on negative reinforcement, Wildlife SOS has been engaging with elephant keepers across different states to sensitise them about humane-management of elephants so as to improve the lives of working elephants. While this is a Herculean task, it is an essential one as only with the help of keepers can the lives of captive elephants improve as they rely on them for day-to-day sustenance.

Currently another big challenge that elephants in India face is the increasing space crunch. With an exploding population, more and more invasions are being made into the historical habitats of elephants which has led to increasing habitat fragmentation. With food easily available, crop raiding quickly becomes a risky but survival activity that the elephants take, bringing them into conflict with people. Human-elephant conflict (HEC) in bare terms is a problem of co-existence in a space limited world. Since 2018, our team has been working with the Forest Department to mitigate HEC in Chhattisgarh where a herd of 22 elephants has taken permanent refuge in the nearby forested land. An Early Warning System (EWS) has been created to alert the villages beforehand when the herd approaches the villages and croplands. The team also works extensively with the local communities to teach them essential ways to avoid HEC and to participate in the conservation of elephants themselves. Over 90 villagers from 8 villages through these workshops have volunteered to become part of the Haathi Mitra Dal. With HEC becoming a norm, learning to co-exist is the holistic strategy that will safeguard the future of elephants in India.