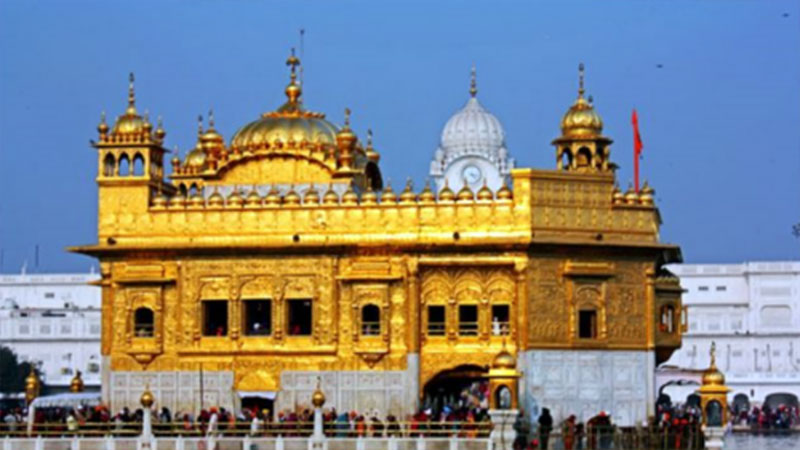 A good traveler has no fixed plans and is not intent on arriving. – Lao Tzu” Traveling in India is one of the most soul fulfilling experiences for any traveler who loves variety in destinations. I am calling this tour of North India with the family as, ‘Discover India’.

Being an expatriate, you always sit with your passion for travel, unable to ever easily execute the plan due to waiting for a suitable time. Two things hamper your plans being an expatriate with a family and children studying. First is the need for your official leave dates coinciding with the children’s. Second being the large number of baggages that an expatriate normally carry home going back after more than a year, every time. This makes it difficult to go for a tour elsewhere before you reach your home so that you can leave the luggage. I had a plan to overcome the luggage issue. I planned to send items to Kerala (my home town in India) over land cargo from Delhi which was the city at the center of our travel and first port of call. I had a concern over the speed of the cargo delivery back home, because I needed it there at least by the time we arrive after the travel, but decided to take that risk, finally.

The day that we got before travelling to Simla in the evening was spent visiting few of the Delhi’s spots.  By the evening of the first day, we moved to Kalka to travel to Simla by the celebrated toy train on the Kalka Simla route. Next, we cover Simla, the Queen of India’s hills. Shopping, a visit to the temple on the hills and moving through places where beautiful Devadaru trees decorate the skies of Simla, form this part of the travel. Amritsar is Punjab states capital city and a city that lies not very far from India’s border. The city has Golden Temple to visit and the great Wagah border ceremony to watch. After visiting Amritsar, we unexpectedly endured a great health scare and were stuck up in our hotel room for almost two days. Haridwar and Rishikesh are cities where Ganga becomes very holy. Two cities deserve some allocation of time from a true seeker of India’s soul. We must have travelled in the winter. But even in the height of summer, the climate in the hill town was great. Journey to Rohtang Pass will feel like you are going to heaven in a car, such is the natural beauty on the way to this 4,000-meter-high mountain pass. After the long visit to Manali, we came back to Delhi again, this time with two days in hand. We went over the remaining tourist spots to visit and yet leaving some more for the future. Finally, we reached South India where we belong. Mainly targeting to visit Gayathri’s dance idol Harinie Jeevitha, we reach the great city of Tamil Nadu’s Chennai from where we depart to Kerala, for the final trip. As far as visiting places are concerned during this travel and many prior travels, I was not as thoroughly confused as this destination. The issue was: You need at least seven hours to reach Manali. That is if you are approaching from Simla. Other two approaches are from Chandigarh or Delhi. Both of which are 10 – 14 hours or more. Best from Chandigarh will be 10 hours by car and Delhi will be 12 hours. But you know, the road conditions in India. Also, it is not very nice to sit in a confined space like in a car for several hours. The only solace on the Manali trip that will reduce your boredom and discomfort during the road journey, was river Beas’s panoramic views that accompany you most of the way. It is a remarkable journey through the hills. However, the bad part is long sit in that you have no way of escaping. Bus might be better but then, I didn’t feel very comfortable as far as safety is concerned for such a long travel.

One trip on which I wasted some money due to lack of planning was taxi trip to Agra. It could have been easily undertaken through train. You have two ways to travel to Agra and Mathura, if you are combining it and do not want to use two modes. That’s by bus or car. If you are travelling only to Agra, you can get so many trains and some of which are very high speed. That’s very convenient as well as less time consuming. Only if you want to combine, Mathura with Agra, then look at the bus option or car option.  In our specific case, I ended up paying several thousand rupees more than it would have cost if I had just taken up Agra and by train. Also, we couldn’t make it to the temple in Mathura that we intended to go due to time constraints. So, the advice is, look at going to Agra by train seriously.

Not being able to travel to Udaipur due to family’s ill health was very upsetting. However, luckily the family was back on our feat by the second day evening. In Rajasthan,  Jaipur, Udaipur, Jodhpur, Jaisalmer, are the top destinations. While all are great options, Udaipur carries a certain charm that in my opinion is the result of the beautiful lakes in the city. The view of the stunning Lake Pichola and the Taj hotel in the middle of the lake will be enough for any nature loving traveler to fall in love with this historic Rajasthan city. It has the lakes, the forts, and beautiful hotels for any would be travelers delight. One spoiler during our tour all out was since it was July month, it was relatively hot and that for me personally was very distressing.  Given an opportunity I shall be very interested in choosing a cold climate for future travels. Preferably October, November and February, March to avoid the extreme winter months of December and January. But if you want to see the snow, December and January are not bad months either.

While traveling to Mathura and Agra, traffic till the city of Mathura was relatively alright although not on par with what you will come to expect. But once you reach the Mathura town, ready to move to your destinations, many things wear you down. It does not take a lot of money to keep a town like Mathura or a city like Amritsar, clean and neat. The lack here is the political will and ingrained issues in the system. Construction of a small bridge in my home town took 10 years. Where I live, in Dubai, same bridge wouldn’t even take six months!