Jerry Brunetti, an internationally renowned speaker, is the founder of Agri-Dynamics, a company that provides holistic animal remedies for farm, livestock, and pets. 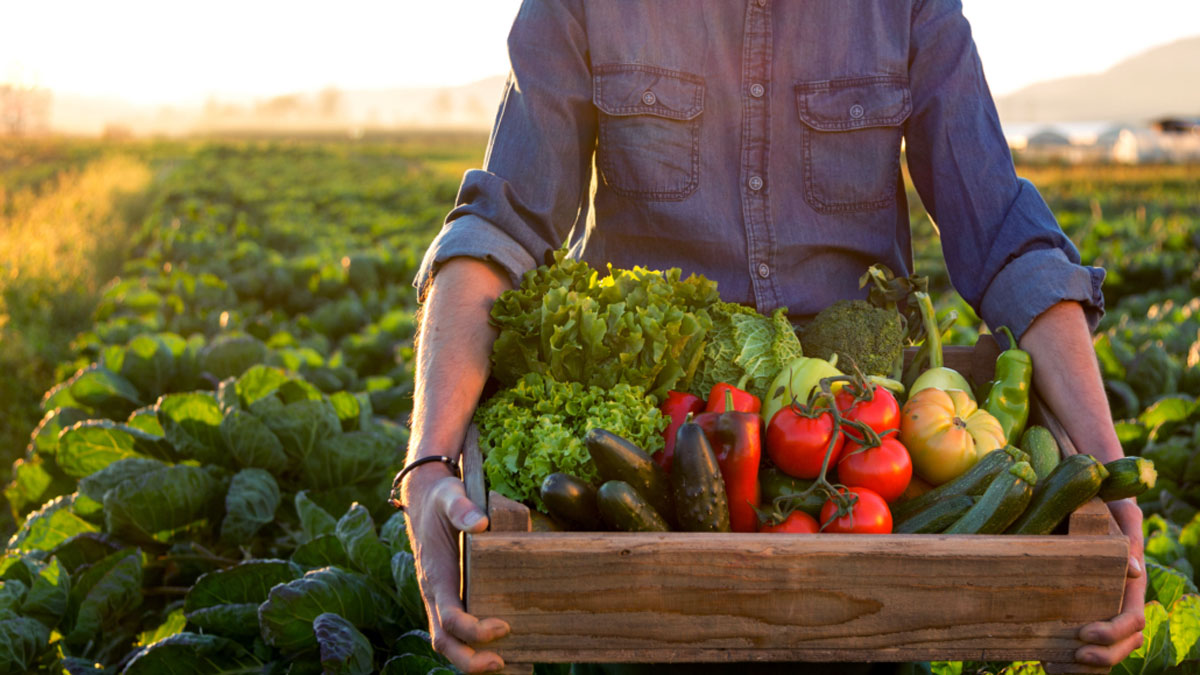 Biological farming can transform food supply for the better

Jerry Brunetti, an internationally renowned speaker, is the founder of Agri-Dynamics, a company that provides holistic animal remedies for farm, livestock, and pets. He’s also a co-founder of EarthWorks Natural Organic Products, which provides products and consulting services. Brunetti is a cancer survivor who can say he saved his own life employing holistic methods. He initially got involved with biological farming while studying animal science, also known as ‘animal husbandry’, at the University level. The ecological principles Jerry teaches apply no matter what you’re growing, because the soil systems all require very similar kinds of biology and chemistry

Q: What motivated you to get into the ecological model of agriculture?

When I was in college, I saw the industrialization of agriculture accelerating. We were getting away from the Joel Salatin models and getting into the factory farm models because of: a) efficiency - Labor efficiencies and time efficiencies, and b) subsidies from the federal government that made it worthwhile to lock animals up and feed them concentrates. What many fail to consider, however, is that purely focusing on production alone isn’t necessarily the most cost effective. Profits are frequently eaten up by increased diesel consumption, combating soil erosion, rising NPK fertilizer costs, and increased need for veterinary drugs to keep livestock healthy in an unnatural and unhealthy environment. Production was being, in effect, purchased off the farm with fertilizer inputs, feeds, and drugs. So, I got into the ecological model because we realized that ecology does equate the economics.

Q: Why is it so important to maintain soil health through ecological principles?

You can take the same model that you use in crop production and apply it to cabbage, fruits, or any other food crop, and get the same kinds of outcomes in terms of reduced expenses and reduced dependence on agricultural chemicals such as pesticides. The latter is becoming particularly critical as a number of pesticides have already been implicated in the mass die-offs of pollinating honey bees, which are essential for the growing of about 70 percent of our food supply. The United States right now has 1,200 pesticides approved for agricultural use, and the European Union only has 400. We’re losing our pollinators like crazy. I think there’s a very strong smoking gun connection between the honeybee implosion / the native pollinator implosion and the tremendous use of pesticides. Soil health connects to everything up the food chain, from plant and insect health, all the way up to animal and human health. Health, therefore, truly begins in the soils in which our food is grown. Furthermore, plants that are properly nourished from good, healthy soils end up having tremendous all-natural resistance against fungal outbreaks and insect attacks. They’re also just as productive if not more productive than conventionally chemically-grown foods. The claim that you cannot produce as much food using ecological methods as you can using conventional chemical methods simply isn’t true.

Q: What you preach is that soil and plants need microbes. Please explain.

In human health, we’ve come to appreciate that the maintenance of intestinal flora is really essential for health, both physical and psychological. Probiotics are even becoming widely accepted and adopted in the conventional medical community to support health. In soil, we have a similar process. The health of the plants, and those who eat those plants, all stand to benefit from the optimization of soil microbiology. Probably one of the most important things about living on this planet is the microbiotic community, our microbiome. We now know that there are millions of species of bacteria and half as many fungal species, of which we’ve identified less than five percent. The same kind of things goes on in animals. We’re finding out that, for example, ruminants that forage or eat grass do not consume the nutrients that are in the forages; they ferment them in this rumen, this tank, where they're growing tremendous numbers of microbes. Then they ingest these microbes. We’re finding out that the actual ecology of the animal is predicated on what it’s fed. If you’re feeding an animal an abstract kind of feed like grain when it’s really a forage consumer, you’re going to end up changing the ecosystem of that rumen. You’re going to end up having a downward spiral of negative outcomes, where animals end up having all these metabolic disorders - immune implosion, reproductive failure, mastitis, calf deaths, mortality, and morbidity. The soil microbiomes work on the same principles. The root ball of the plant is the ‘gut’ or intestinal tract of the plant. In botanical terms, it’s called the rhizosphere, and it houses microbes just like the human gut does, provided the soil system is healthy. The soil system contains both predator and prey kinds of organisms. Bacteria are the prey. These ‘grazers’ get eaten by ‘predators’ like protozoa and nematodes. There’s a conservation of nutrients and a strengthening of the gene pool of not just the microbiome but of the plants themselves. This results in a massive increase in fungal, bacterial protozoa and nematode populations, which in turn increase the organic matter--the carbon--of the soil. It also increases the water-holding capacity of the soil, which provides natural drought resistance, and helps to reduce and control soil erosion. Last but not least, it boosts nutrient uptake in the plants growing in the soil. This is a major insight that deepens our understanding of the importance of nurturing and maintaining healthy soil microbiome. It also explains why you don't really need synthetic chemicals to grow large amounts of food. On the contrary, the chemicals used in modern agriculture are killing the very foundation of health--the microbiome in the soil.

Q: Why do you think GMOs are far from the answer?

This is one of the reasons why so many of us are concerned about genetically engineered crops, because one of the main characteristics of genetically modified plants is resistance to the potent herbicide glyphosate, which decimates the microbiome. Glyphosate is a potent chelator that sequesters valuable minerals, rendering them inaccessible and unusable for the plant. Glyphosate ties up minerals like manganese, zinc, or iron, which are critically essential for the plants' immune system. By doing that, it takes those critical trace elements out of the soil solution, rendering an immune deficiency and basically creating an immune implosion because of the fact that the plants are undernourished. These minerals are critical raw materials for plants to synthesize protective compounds called Plant Secondary Metabolites (PSMs). The PSM families consist of terpenes (carotenes and essential oils), phenols (flavonoids, tannins, salicylic acid, etc) and alkaloids (e.g. caffeine, nicotine, etc.) These compounds are essential to the plant's immune system to repel pests. Another problem, which applies to both genetically engineered (GE) and conventional hybridized plants, is that when a plant is altered it may lose its ability to emit the correct signals to warn its neighbors about impending attacks. Also, substances that are normally emitted in the root ball that defend the plant against the attacking pest have been found to be missing in certain hybrid and/or GE plants. There is a very intimate relationship between organisms that live on the plants and organisms that live in the soil nearby the plants. But there is a connection, a communication, that’s dependent upon the plant’s ability to have this communication ability. That’s one of the problems with GMOs: It’s turning hybrids into much more dependent plants that need everything to be added. Not just the glyphosate herbicide, but high rates of nitrogen and phosphorus as well.

Q: How is plant growth optimized in biological agriculture?

Soils have a negative charge whereas certain elements (cations) attached to the soil have a positive charge, and typically it is recommended to have a balance of these various positively-charged minerals. This includes calcium, magnesium, potassium, sodium, and trace elements. The individual numbers and ratios are measured, and based on that data, soil amendments can then be recommended to optimize the ratios. Amendments might include limestone, rock phosphate, trace elements like boron, zinc, or copper, or manure for example. I’ve previously written about the usefulness of biochar, which is essentially agricultural charcoal once it’s added to the soil. Biochar has shown its usefulness in larger scale scenarios, however, it needs to be activated first with minerals and/or microbes or else it tends to decrease soil fertility for about a year. Terra preta, or ‘black earth’, is a type of dark, fertile soil found in the Amazon Basin. This soil has a very high charcoal content, and was created by mixing together charcoal, bone meal and manure to the native Amazonian soil. A key to the success of terra preta was the addition of biology to the charcoal. What they typically did was they used either human or animal waste and mixed it with the char, so that the poorest of the charcoal would absorb these biologically based nutrients that could then grow the microbes, which in turn could then grow topsoil.