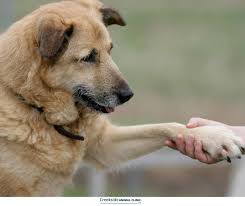 The environment affects our health in a variety of ways. Every minute, five children in developing countries die from malaria or diarrhoea. Every hour, 100 children die as a result of exposure to indoor smoke from solid fuels. Every day, nearly 1,800 people in developing cities die as a result of exposure to urban air pollution. Every month, nearly 19,000 people in developing countries die from unintentional poisonings. The interaction between human health and the environment has been extensively studied and environmental risks have been proven to significantly impact human health, either directly by exposing people to harmful agents, or indirectly, by disrupting life-sustaining ecosystems.

Huge economic development and population growth result in continuing environmental degradation. Intensification of agriculture, industrialization and increasing energy use are the most severe driving forces of environmental health problems. For countries in the early stages of development the major environmental hazards to health are associated with widespread poverty and severe lack of public infrastructure, such as access to drinking water, sanitation, and lack of health care as well as emerging problems of industrial pollution. However, environmental health hazards are not limited to the developing world. Although at a lesser extend, environmental risks are also present in wealthier countries and are primarily attributed to urban air and water pollution. Occurrences of asthma are rising dramatically throughout the developed countries, and environmental factors appear to be at least partly to blame. The erosion of ecosystems could lead to an increase in existing diseases such as malaria and cholera, as well as a rising risk of new diseases emerging.

Climate change is also posing risks to human population health and well-being and thus is emerging as a serious concern worldwide. Minimizing exposure to environmental risk factors by enhancing air quality and access to improved sources of drinking and bathing water, sanitation and clean energy is found to be associated with significant health benefits and can contribute significantly to the achievement of the Millennium Development Goals of environmental sustainability, health and development. There is increasing recognition that linked environment and health impacts require economic assessment in order to receive adequate consideration in policy. Consequently, a huge increase in the number of valuation studies trying to quantify the environmental impacts on human health in monetary terms and elicit public preferences for health and environmental policies that reduce the risk of illness or mortality has been experienced in recent years. Cost of illness studies measure the direct (medical costs, nursing care, drugs) and indirect (opportunity) economic costs associated with a disease and estimate the potential savings from the eradication of the disease. Human capital surveys estimate the productivity loss measured in workdays due to illness. This approach also values loss of life based on the foregone earnings associated with premature mortality. The notion is that people should be willing to pay at least as much as the value of the income they would lose by dying prematurely. Damage costs estimates from environmental hazards for the economy as a whole are also obtained through general equilibrium macroeconomic modeling. These studies assess welfare impacts in a national or international level by examining all the sectors of the economy and estimating environmental health impacts on parameters of the economy like income and consumption.

The Quality Adjusted Life Year (QALY) studies measure both the quality and quantity of life. The impacts of environmental degradation on mortality, expressed as the increase in the probability of premature death, and quality of life, expressed as reduction of the morbidity risk, are thus initially considered. Accordingly respondents are asked to either state their willingness to pay for a prevention scenario (stated preference approach) or the benefits are elicited through the costs that would be saved if the risk was eradicated (cost of illness studies). Benefits are mainly reported by calculating the Value of a Statistical Life. The Value of Statistical Life (VSL) is calculated by dividing the value of a small risk change by the actual change in risk and thus captures the effect of small changes in the risk of premature death for a large population of potentially exposed people. Air pollution is a major environmental risk to health and is estimated to cause approximately two million premature deaths worldwide per year.

A reduction of air pollution is expected to reduce the global burden of disease from respiratory infections, heart disease, and lung cancer. As air quality is a major concern for both developed and developing countries, a large number of empirical studies attempting to monetize the benefits to health generated by improved air quality have appeared in the literature worldwide. There would be some benefit gains for the owners-employers and the societies if certain regular filter sets were adopted. The amount of benefit gains by the owners-employers increases with the average salary level of employees and duration that they stay in offices. Contact with unsafe drinking or bathing water can impose serious risks (both acute and delayed) to human health. Microbe contamination of groundwater due to sewage outfalls and high concentration of nutrients in marine and coastal waters due to agricultural runoff are among the most serious threats. An understanding of the likely impacts of climate change on human welfare is crucial for making an informed decision about the best response strategy to the enhanced greenhouse effect. Consequently, a number of studies have attempted the evaluation of climate change-related health hazards.

The relationship between climate conditions and the number of people infected by dengue fever has been established. Climate change and anthropogenic forcing threaten environmental stability and with it ecosystems’ capacity to provide goods and services that can be translated to economic benefits for humans including values associated with health quality and death mitigation. Although environmental goods and services have value to society, are often neglected in policy-making as they are not traded in markets and as such are not priced. A primary cause for environmental degradation and consequent health hazards is failure to identify and internalize in decision-making the economic value of ecosystems. Given the public nature of the environmental resources, market data, if available at all, can lead to misleading decisions regarding the significance of resources protection resulting in further resources depletion and degradation. Therefore economic valuation is extremely crucial to provide the correct economic indicators and signals for the design of efficient and sustainable economic policies.

Economic instruments should provide the necessary incentives to all different stakeholders to act in a sustainable way. To halt environmental degradation and associated health effects economic instruments should intend to provide incentives for adopting preventative measures and refraining from polluting activities. Instruments for natural resources management include standards and quotas, abstraction and pollution taxes, subsidies and tradable permits. Taxes, subsidies and quotas are fiscal policy instruments that can internalize the external costs created by natural resources use and if set at the social optimal level can ensure full cost pricing of the environmental goods and services, a necessary condition for sustainability. Further liability systems (legal liability, non-compliance charges) intending to internalize and recover the costs of environmental damage through legal action causes can be established. All instruments should be consistent with the ‘polluter pays principle’ which ensures that the cost of environmental pollution is charged to users and should intend full cost recovery of the environmental damage. Distributional, environmental and sustainability effects of the implementation of each instrument should also be considered and valuation studies can be really informative in this respect. This is particularly valid for developing countries where decision makers are faced with the challenge of mitigating environmental risks while supporting economic growth. To ensure environmental protection while enhancing economic development, economic instruments should be properly designed and implemented and in this respect information from valuation studies is crucial.