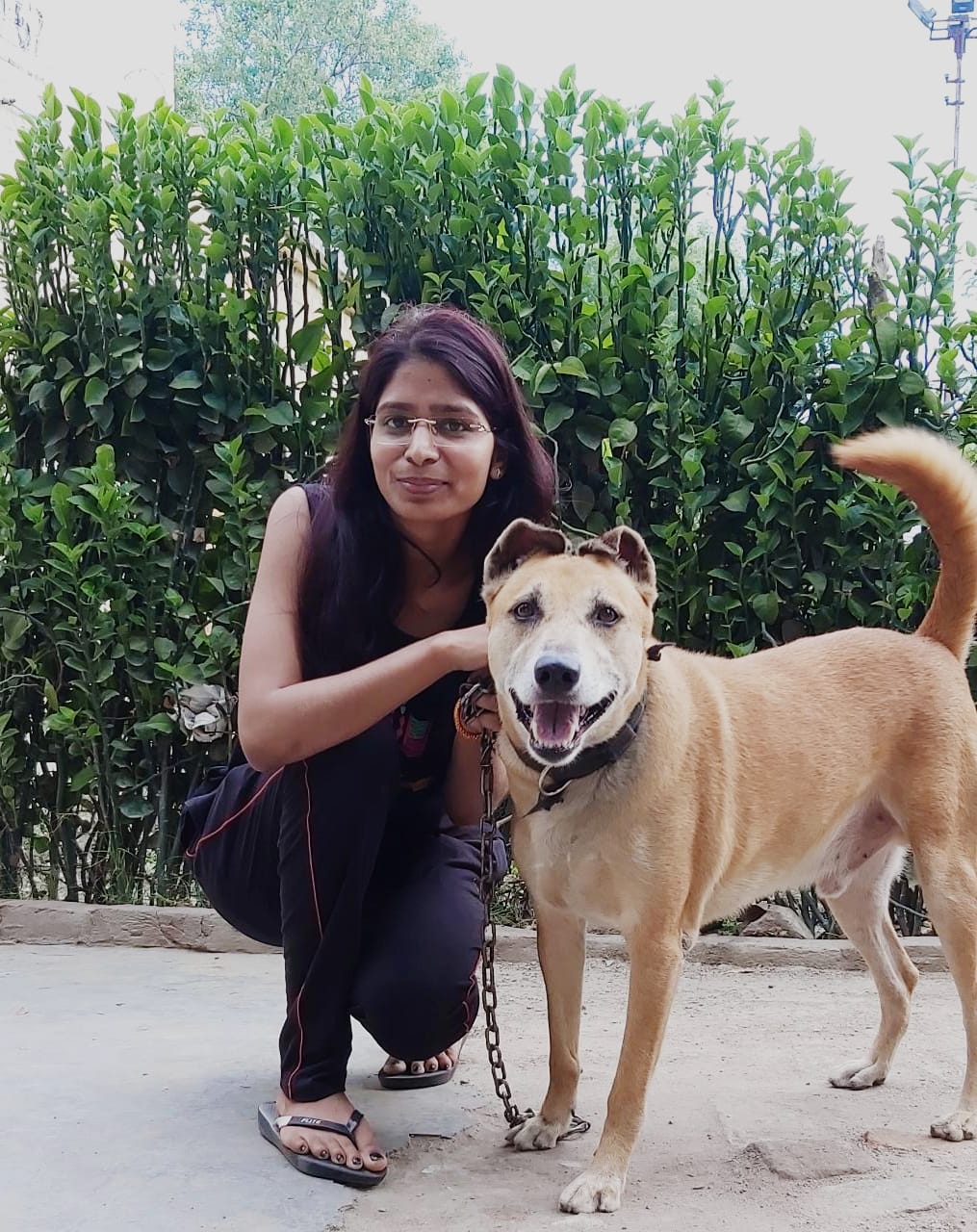 ‘What an awesome life we have’

For Pragati Gautam, her pet is the best thing in the world…

When he came to our house as a new member, he was just 10 to 12 days old. We decided to call him Bruno. Our Bruno is German mixed breed, with brown hair, sharp teeth and fluffy coat. He was so cute that we instantly fell in love with him.

But there is a little story behind us adopting him. My elder sister brought Bruno from her friend, A few days later, this friend came to our house and wished to see Bruno. We unsuspectingly let this friend take the puppy on his lap. But, the next thing we knew that he sat in his car and drove away with our Bruno! We were shocked. We ran after the car, telling him to stop and hand us our pet back, but he did not stop. The entire night we were miserable, making calls that he would not pick up and texting him. However, our persistence resulted in him bringing our Bruno back the next day. It was only then that we all breathed a sigh of relief! I hugged him tightly. He was very scared, but gradually calmed down.

Bruno used to spend the whole day wandering about in the house, but he would always come to sleep with me. If I slept early, he used to climb on the bed and search for me. Then, he would curl up and sleep near my pillow like a child. My neighbours had chickens in their house, he always used to run after them and play with them but did not harm them. Some time later, our neighbours left their house and also took the chickens with them, Bruno missed playing with them and started feeling sad. We started giving him extra attention and played with him. Whenever we called him, he came running. He has retained this great sense of emotions and always shows us his love in abundance.

When he was growing up, he became exceedingly naughty and chewed all our footwear- old and new. He also became home trained and started going out to a corner to relieve himself. He loved to eat Pedigree. He used to rush to the place where we kept his plate if we put Pedigree in it even at odd hours- the sound drove him to his food. I remember, when my father and I took him to his Vet for vaccinations, he was scared stiff and cried with pain. We consoled him like a child. For a couple of days he would come and draw our attention to the place he was give injection, acting as if it still pained him. Whenever Bruno was baffled, both his ears would stand up as if the two were joined together in ‘Namaste’ and we would laugh such a lot.

Then he was three years old and had become stronger and healthier. I took him out for walks. Here I recall an incident when I thought I might never see him again. I was scared stiff! What happened was that his chain got released from the collar and Bruno started running away. I chased after him calling out his name but he would not stop. Then an idea came to my mind: I sat on the road and lowered my head, pretending to cry. Bruno reacted instantly and ran back to me. He quickly started licking my face as if to say sorry. He really loves me. If my mom pretends to beat me, he will always come to save me. I love him a lot and so does my family. Bruno is now a healthy seven-year-old dog. We can say our love has increased many times over the years.