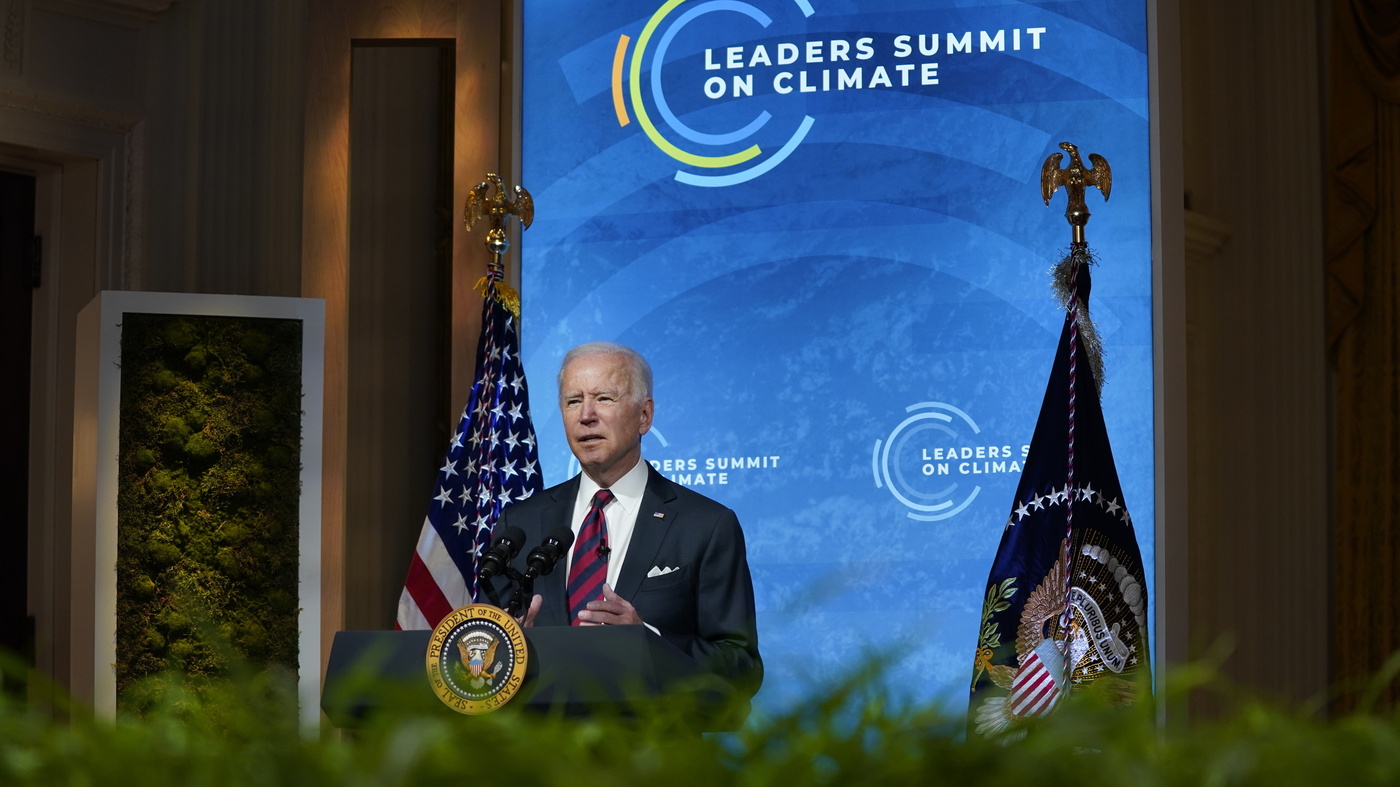 Summary of ‘The Leaders’ Summit on Climate 2021’

On April 22 and 23, US President Joe Biden brought together 40 world leaders in a virtual Leaders’ Summit on Climate to rally the world in tackling the climate crisis. The US announced that it would reduce greenhouse gas emissions by 50% by the end of decade, while other countries also announced more ambitious climate targets. Biden began the Leader’s Summit on Climate by framing enhanced climate action as necessary both to address the climate crisis and to promote economic opportunity, including the creation of “good-paying, union jobs.” He went on to announce the US’s updated NDC under the Paris Agreement: that the country will halve its greenhouse gas emissions by 2030.

Indian Prime Minister, Narendra Modi, pointed out that humanity was battling a global pandemic and the event was a timely reminder that the grave threat of climate change had not disappeared. “Despite our development challenges, we have taken many bold steps on clean energy, energy efficiency, afforestation and bio-diversity. That is why we are among the few countries whose NDCs are 2-degree-Celsius compatible. We have also encouraged global initiatives like International Solar Alliance, LeadIT, and the Coalition for Disaster Resilient Infrastructure. India’s per capita carbon footprint is 60% lower than the global average. It is because our lifestyle is still rooted in sustainable traditional practices. So today, I want to emphasise the importance of lifestyle change in climate action.”

Other announcements made by countries during the summit include: Japan will cut emissions 46-50% below 2013 levels by 2030, with strong efforts toward achieving a 50% reduction, a significant improvement from its existing 26% reduction goal. Canada will strengthen its NDC to a 40-45% reduction from 2005 levels by 2030, a significant increase over its previous target to reduce emissions 30% below 2005 levels by 2030. India reiterated its target of 450 GW of renewable energy by 2030 and announced the launch of the US-India 2030 Climate and Clean Energy Agenda 2030 Partnership to mobilise finance and speed clean energy innovation and deployment this decade. Argentina will strengthen its NDC, deploy more renewables, reduce methane emissions and end illegal deforestation. The United Kingdom will embed in law a 78% GHG reduction below 1990 levels by 2035. The EU is putting into law a target of reducing net greenhouse gas emissions by at least 55% by 2030 and a net zero target by 2050. South Korea will end public overseas coal finance and strengthen its NDC this year to be consistent with its 2050 net zero goal. China indicated that it will join the Kigali Amendment, strengthen the control of non-CO2 greenhouse gases, strictly control coal-fired power generation projects and slow down coal consumption. Brazil committed to achieve net zero by 2050, end illegal deforestation by 2030 and double funding for deforestation enforcement. South Africa announced that it intends to strengthen its NDC and shift its intended emissions peak year ten years earlier to 2025. Russia noted the importance of carbon capture and storage from all sources, as well as atmospheric carbon removals. It also highlighted the importance of methane and called for international collaboration to address the potent greenhouse gas.

Session 2 addressed the urgent need to scale up climate finance, including both efforts to increase public finance for mitigation and adaptation in developing countries and efforts to catalyse trillions of dollars of private investment to support the transition to net zero emissions by 2050. Biden stressed the importance of developed countries mobilising $100 billion per year in public and private finance to support developing countries. He also announced that the US will seek to double funding, by 2024, for annual US public climate finance to developing countries, compared to the average level of the second half of the Obama-Biden Administration. This would include tripling public finance for adaptation by 2024. President Biden also called for an end to fossil fuel subsidies and announced that his administration will work to promote the measurement, disclosure and mitigation of material climate risks to the financial system.

Session 3 of the Leaders’ Summit on Climate discussed four topics for more focused consideration by government officials and where possible, a broader range of stakeholders. The session included: A discussion on the importance of climate action at all levels. The session showcased countries, cities and indigenous groups that are committed to an equitable vision for advancing bold climate ambition and building resilience on the ground; A discussion on adaptation and resilience, which focused on innovative ways in which countries are responding to climate change in the areas of water and coastal management, food security, and human impacts; A discussion on nature-based solutions, which emphasised ending deforestation and the loss of wetlands, and restoring marine and terrestrial ecosystems. The US announced its support of a proposal to protect the Southern Ocean through the three marine protected area proposals under the Convention for the Conservation of Antarctic Marine Living Resources (CCAMLR). Representatives of the Global Alliance of Territorial Communities and of the Kharia Tribe of India highlighted the need to recognise the contributions and traditional knowledge of local and indigenous communities in ecosystem protection; A discussion on climate security, which focused on how climate impacts exacerbate security concerns and, as a result, affect military capabilities, heighten geopolitical competition, undermine stability and provoke regional conflicts.

Session 4 of the Leaders’ Summit on Climate explored the innovations needed to speed net-zero transitions around the world and highlighted the efforts of governments, the private sector and civil society in bringing new and improved technologies to market. In this session, several countries made announcements: Denmark announced a technology mission to decarbonise the global shipping sector, in collaboration with the US, and that it will build the world’s first energy islands to produce clean fuels and supply power to Europe and the United Arab Emirates launched the Agriculture Innovation Mission for Climate in partnership with the US, Australia, Brazil, Denmark, Israel, Singapore and Uruguay.

Session 5, the final session of the Leaders’ Summit on Climate, discussed the opportunities that ambitious climate action presents to countries around the world to create good, high quality jobs. Biden said countries that prioritise policies that promote renewable energy deployment, electric vehicle manufacturing, methane abatement and building retrofits, among other actions, would likely reap the rewards of job growth and economic prosperity in the years ahead. Participants echoed these views and elaborated on their own projects and programmes to maximise the economic benefits of their climate actions. Poland, a heavy coal user that has for many years vehemently defended its use, announced that they had just concluded negotiations with coal mine labor unions to ensure a just transition of workers as part of their coal-fired power phasedown. Biden concluded the session by emphasising that climate action “might represent the largest economic opportunity of this century,” urging leaders to stay focused.

In between the sessions, several other speakers provided important perspectives. Youth speaker Xiye Bastida declared that climate justice is social justice, underlining that youth need to be a part of decision-making processes and called for a stop to fossil fuel subsidies and extraction. Current and future Conference of Parties Presidents Minister Carolina Schmidt (Chile) and MP Alok Sharma (UK) discussed the urgency of achieving net-zero emissions by 2050. Pope Francis, who has been a climate leader for many years, underlined the need to “care for nature so that nature may care for us.”