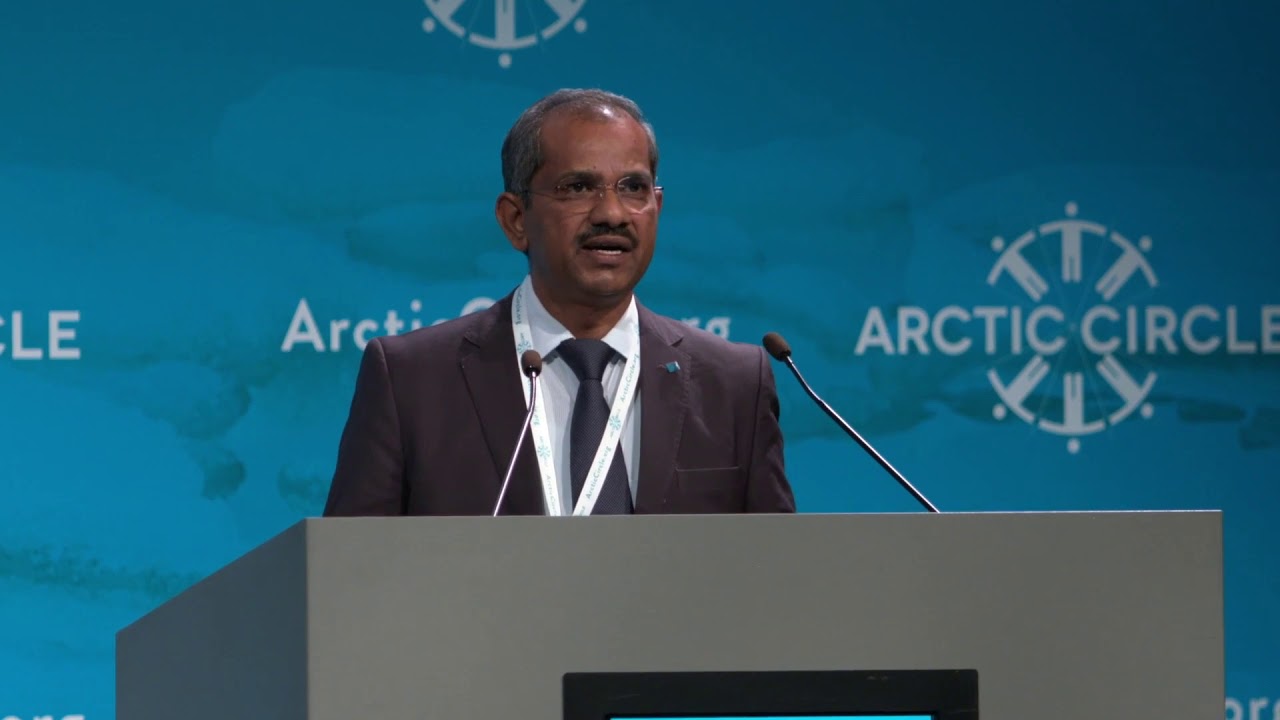 Dr M Ravichandran is Director of the National Centre for Antarctic and Ocean Research (NCAOR), an Earth System Science Organisation under the Ministry of Earth Sciences (MoES) India

Q: Can you offer us some insights into the role and responsibilities of your organisation – the National Centre for Antarctic and Ocean Research (NCAOR)?

NCAOR was dedicated to the nation (India) on April 5, 2000 with a mandate on Antarctic research, i.e., a nodal agency for planning, coordination and implementation of India’s Antarctic Programme (initially, from 1998, it operated as Antarctic Study Centre under the Department of Ocean Development). However, over the past 21 years, the research endeavours of our Centre cover scientific programmes which are truly trans-hemispheric, cutting across from north to south. While it has two established year-round operational research bases in Antarctica (Maitri and Bharati, 3000 km apart), India has also set foot in the Arctic with its own research base Himadri in Ny-Ålesund, Svalbard. The Centre also has a mandate to study the oceans and is, therefore, the launchpad for Southern Ocean Expeditions and Integrated Ocean Discovery Programme (IODP), and has recently added the Himalayan Expeditions. We have recently established a research base Himansh in the Spiti Valley, Himalayas. In addition, NCAOR has been mandated by our nodal Ministry of Earth Sciences into mapping the Exclusive Economic Zone, evaluation of its resources, and the mapping and knowledge on the hydrothermal vents near the triple junction in the southwest Indian Ocean.

Q: Is there any ongoing activity, whether at the national or global level, that you or your organisation is involved with that you feel deserves a special mention?

The Antarctic, Arctic, Southern Ocean and the IODP programmes are equally important, with each programme contributing to understanding the past and present processes of the Earth Systems. Majority of the programmes at NCAOR converge on a single point focus, i.e., climate change at different time scales. Efforts are on to understand the processes that are instrumental in how the Earth’s climate has changed over the past and how it is changing in the modern age. Expeditions are launched every year to understand the inter-annual variation in the weather systems and how this knowledge can be utilised in predicting the future climate systems through modelling studies. Our scientists collaborate with various national and international research institutes to decipher a larger picture, i.e., climate change. As we understand today, the global climate being such a dynamic system, it is imperative to look at many regions rather than concentrate on a single point. A collective effort through national and international effort will help us to understand climate variation in a better way and will definitely help us to take careful steps to sustain the future of mankind.

Q: Do you agree that the Himalaya-Hindu Kush mountain ranges and the Tibetan Plateau constitute the Third Pole on the earth, other than the Arctic and the Antarctic?

Well, scientifically, all major mountain ranges, such as the Himalayas, the Alps and the Andes, are considered as the Third Pole on the earth due to their close similarities with the conditions that exist in the Arctic and the Antarctic, despite the differences in altitude. These mountain ranges do play an important role in the global climate system and are responsible for modulating the local regional climate. Of course, major studies pertaining to the past climate and the present weather system models have shown close relationships with the north-south poles and the third poles. The major climate systems are linked through teleconnections which are now better understood. These teleconnections are the pathways through which the signals are being propagated from one weather system to another, connecting the northern and the southern hemisphere systems. Past climate studies reconstructed from marine sediment cores and ice cores have clearly established these links through both atmosphere (on a shorter time scale) and the oceans (on a longer time scale). For example, it is very well documented how the ENSO system interacts with the Indian Monsoons and affects the amount of rainfall that the Indian Subcontinent receives. Since time immemorial, it has been understood how important the monsoon is for the Indian Subcontinent. The Indian government has major funding that is allocated to research institutes that work to understand and predict the Indian monsoon through the past to the present. Institutes like the Indian Meteorological Division, Indian Institute of Tropical Meteorology, the Indian National Centre for Ocean Information Services and many universities have majority of their research dedicated towards understanding the complexities of the Indian monsoons. A population of more than a billion is directly dependent on the monsoons, and it is imperative that we focus on it. A better prediction model will help the government advise its agro community and a host of other communities that depends on the monsoon system. Past climate studies have shown how the monsoon intricately communicates with the major climate systems, such as Arctic and Antarctic, as well as Northern Atlantic Oscillation and El Niño-Southern Oscillation. The Government of India understands the importance of the monsoon variability, and how it can change the whole dynamics of the Indian Subcontinent. A weakened monsoon will lead to drought in some places, while a stronger monsoon might lead to a flood situation. To be prepared is the best way forward and the scientific community is just about doing the same.

Q: What, according to you, are the main challenges and opportunities shrouding the Arctic and the Antarctic at present? How do you think humanity should work towards efficiently addressing these challenges, while also reaping optimal benefits that are coming from newfound opportunities?

Recent studies, compared with long-term studies, have shown that Arctic ice is dwindling and very soon there won’t be any summer multi-year ice in the North Pole. Arctic sea ice decline triggers Arctic amplification. This amplification will cause a decrease in the North-South temperature in the atmosphere, resulting in a slowdown of polar jet stream and eventually cause more extreme weather, especially changing monsoon patterns. Similarly, significant melting of ice is being observed in the southernmost continent i.e., the Antarctica, more pronounced in the Western Antarctic. The signs of warming in the Antarctic are less compared to the Arctic but significant nonetheless. Even though many nations are far away from the poles, it cannot be taken for granted that the changes in both the poles won’t affect the tropical nations. On the contrary, we should start contributing significantly in reducing the carbon footprint by shifting to alternate energy sources. We should look for sustainable technologies to produce food grains bearing in mind that over 60% of India is dependent on an agrarian economy. For example, Singapore has brought out a new law restricting its citizens from buying new cars. The country has attained its saturation point. Cape Town almost ran out of drinking water. There has been unprecedented forest fire in European nations and Australia. These are the cues that we as a nation should understand and foresee where we are heading. A sustainable scientific innovative approach is the way forward to take a nation without leading a nation into tipping points. The solution for every problem doesn’t always present itself in the same place. Rising sea-level due to melting ice in the poles is a very futuristic as well as a realistic problem. The solution for this lies down south, about 10,000 km south in Antarctica. We look for certain solutions there in Antarctica. It is the first respondent to climate change which is imminent. We have to use the advancement in science to regulate and prepare for the drastic change in climate. As a mandated research institute to work in different realms of the globe, we, at NCAOR, are putting our best efforts from both the poles of the globe and the third pole. To mitigate global challenges, more and more collaboration is imperative among the countries since no single nation can solve such a problem in isolation. Towards this endeavour, for instance, India and Norway are partnered to understand floating ice shelves and adjacent grounded ice (MADICE program) in Antarctica.