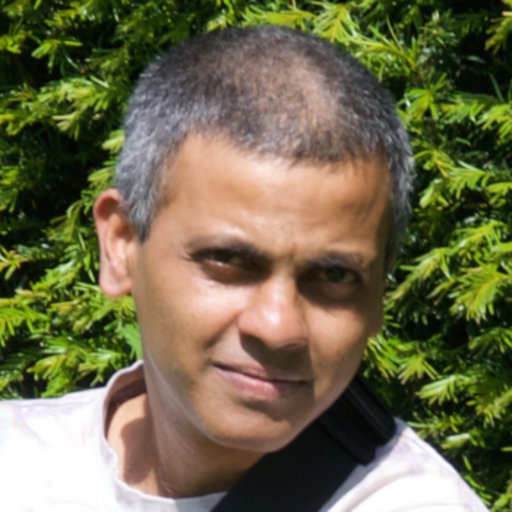 Vegetation loss, forest clearance, wetland drainage, grassland conversion, urban sprawl and pollution, are together leaving a deep impact on human health and happiness. We have substantially transformed 75% of our land surface, which will rise to 90% by 2050. In the first such evidence-based assessment of land degradation and restoration released on March 26 in Medellin, Colombia, the Intergovernmental Science-Policy Platform on Biodiversity and Ecosystem Services (IPBES) has concluded that land degradation has reached the point where it has become a major contributor to mass human migration and increased conflict. The three-year assessment report by IPBES, which is termed as the IPCC for biodiversity, was led by more than 100 leading experts from 45 countries, and distilled information from 3,000 scientific, governmental, indigenous and local knowledge sources. But all is not lost yet. The report emphasises that restoration can help keep our planet below the 2 degree increase on global temperatures, and that benefits are 10 times higher than the cost…

Q: What are the implications of land degradation for South Asia and India?

Although soil degradation has received a fair amount of attention, we do not have detailed estimates and maps of many of the other aspects of land degradation in South Asia, or for that matter, globally.  Land degradation is a multi-faceted problem; it is unlikely to be captured by a single index. For South Asia, the key issues are degradation of soils, loss of productivity, wetland loss, invasive species, sand mining, extractive industries, urbanisation… the list goes on. Invasive species are increasingly becoming a very, very serious problem, in India in particular. There are very few areas in India that are completely devoid of invasive species. There are a lot of other unrecognised problems too, such as changes in fire regimes in ecosystems. The general thinking is fire is bad everywhere but in many systems fire is a part of the natural process. In these systems if you prevent fire, it is a form of degradation.

Q: Why has the role of wetlands been so emphasised?

We definitely do not give wetlands the importance they need. One of the points the report has brought out is that wetlands are amongst the worst affected ecosystems globally. It is estimated that 88% of wetland area has being lost globally, over half of which has been lost since the early 1900’s. We have already lost a lot of wetland area in South Asia and in India. One just has to look at Bengaluru or other cities in India for example – wetlands have been drained and built over and these are having huge, widespread impacts. However, people are beginning to recognise these negative effects and hopefully we will have better legislation and enforcement to protect them and restore them where possible. Apart from drainage, there is also a big problem of eutrophication in many water bodies – nutrients in effluents and untreated sewage are entering water bodies, causing algal blooms with a lot of attendant negative impacts. The report talks about distress migration from land degradation, which we already see in many parts of South Asia and India, and it will probably intensify in the future. What should be the nature of international collaboration? Climate change and land degradation are predicted to force somewhere between 50 to 700 million people to migrate by 2050.  This is likely to particularly problematic in dryland areas.  Around 4 billion people will be living in and around dry lands by 2050. Migration of these ‘degradation refugees’ can occur both within and across national boundaries, and can lead to conflict in areas where people move to because of competition with residents for finite resources and services provided by the land. International cooperation will certainly be required to deal with these issues when it occurs across national boundaries.  Also, when we talk about international collaboration, it isn’t just restricted to migration or conflict issues alone, but is also needed to deal with the degradation as a whole. Part of the problem is that with increases in globalisation, consumption patterns are changing and much of what we consume is actually produced somewhere else, often in a different country, and so consumers are not aware of degradation impacts of the choices they make.  Ultimately, dealing with the issue of land degradation will require coordinated policy agendas, both across departments within countries, and across governments.

Q: How can we make this happen?

There is need for awareness of course. It will play a huge role in our ability to deal with these problems. Perceptions have to change, and individuals and civil society has a big role to play here. We need to know the land degradation impacts of our consumption choices, and accordingly make wise decisions. I believe that if people know of these impacts, they will tend to make right choices. There is also the option of internalising the cost of degradation into products. But we don’t know how that will play out. There is definitely a lot to do in India in terms of awareness. But I am hopeful. One has to be.

Q: There are various levels of land degradation – what is the right time for an intervention?

The right time for intervention is now. But the nature of the intervention will depend on the context. We are going to have to feed 9 billion people and this will likely require transformation of natural land for other uses, which is a form of degradation.  I don’t think one can say that you cannot transform land at all. That’s a decision society needs to make, as to how much land should be converted. Most of our land has already been transformed. And we started this process a long time ago when we cut down the first forest. Even when you look at transformed land – land that has been farmed and grazed for decades and decades – these are being degraded too, and we need to take immediate efforts to reduce and reverse this degradation.  We need to be judicious about how we are changing land going forward and keep up restoration efforts. We are, after all, impacting 75% of the land’s surface, and by 2050 it will go up to 90%.  Given this, it becomes particularly important that we strengthen protected area networks to the maximum extent possible.

Q: What is the timeline of restoration?

When it comes to land degradation, prevention is better than cure, and even though it may not always be possible to fully cure the system, attempting a cure is better than doing nothing at all.  Given that the economic benefits of preventing and halting degradation exceeds the cost, it makes sense to avoid it in the first place. Restoration undoubtedly brings benefits, but it takes time. If we want to meet Sustainable Development Goals targets by 2030 then we need to act now. We are not yet past the point where the effects of restoration will not be felt by 2030. In some areas sure, it might be impossible to restore systems to their original states.  For instance, where invasive species have come in and changed the dynamics of ecosystems across large scales, it may not be possible or cost effective to remove invasives. But in many cases restoration is a viable option. And we have several success stories from a range of ecosystems, and there is a lot of scope and opportunity for restoration outside protected areas (PAs) including urban environments. Overall, there is much more biodiversity and wildlife outside PAs in India than within, and the scope for restoration to conserve biodiversity and ecosystem services in these landscapes is immense.  We also don’t pay as much attention to urban biodiversity as we should, but there is a lot of opportunity there too, not just for conserving biodiversity and nature, but for benefitting people too.

Q: What are we restoring to?

There isn’t a singular target for restoration. In many cases, we can’t go back to the natural state or may not want to. For example, if you want to restore or rehabilitate agricultural lands, the target would be a pre-degradation state that is still agricultural lands and not the natural state, which would be a forest. We can’t restore all farmland to forest. However, in other cases, the target might be the ‘natural’ state of the land, which might be forest or grassland or savannah. Ultimately, it depends on the context. The situation becomes a bit more complicated when we factor climate change into the equation.  If we are restoring a patch of barren land in an area, should our target be the vegetation state that existed in the past before humans impacted the system, or what the vegetation is likely to be in the future given the change in climate.  In fact, we are already witnessing biome shifts in the world with wetter vegetation replacing drier vegetation, and vice versa, in response to changing climate rather than direct human impacts. Then which way do you go? Backwards or forwards? There isn’t a single answer here. I guess it depends on what people want from a piece of land.