On the conclusions of this book, the journal Nature, in its editorial dated March 10, 1972, reflecting the cynicism prevalent among the academic circles towards the book, called it ‘Another Whiff of Doomsday’... 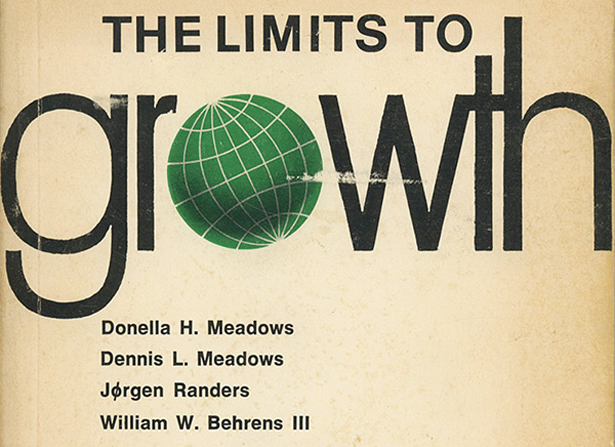 Fifty years ago, a book titled The Limits to Growth, authored by a group of economic modellers, was published as part of a project on the predicament of mankind. The project was sponsored by the Club of Rome, an organisation founded in 1968 primarily by an Italian industrialist, Aurelio Peccei, and comprising leaders from various fields of human activity. The Club evolved from the concept of problematique, which was that the growing global problems of environmental deterioration, depleting natural resources, pollution, overpopulation, inequality, ill-health, crime, war, and religious attitudes, among others, which are inimical to the human well-being, are inter-related and require a system-based approach. This data-driven study was pioneered by the System Dynamics group at the Massachusetts Institute of Technology (MIT), led by Donella H. Meadows. It used a first-generation computer and codes and was far ahead of its time in its methodological approach. Still, what stumped the people of the day was its mind-blowing conclusion that the world system could collapse by 2070 given the human-induced changes in the environment combined with traditional economic growth models. The report, which recommended altering the growth model, which is rooted in the over-exploitation of finite natural resources, was also a wake-up call for action, as we do not have much time to lose.

This book soon became a subject of vehement criticism for its ‘doomsday’ prediction. However, the lead author of the thesis denied the allegation and said that it was not written to “predict doom but to challenge people to find ways of living that are consistent with the laws of the planet”. On the conclusions of this book, the journal Nature, in its editorial dated March 10, 1972, reflecting the cynicism prevalent among the academic circles towards the book, called it ‘Another Whiff of Doomsday’. The earlier ‘whiff of doomsday’ referred to another book, World Dynamics, written by JW Forrester of MIT, that, for the first time, developed the computer code for system analysis and was a forerunner to The Limits to Growth. The critics in those early days, when computer literacy was minimal, said that the inferences of the book were unconvincing and that the authors ignored what they believed to be the self-correcting capabilities of the Earth systems.

But they were ignorant of the tipping points in any complex system — the thresholds where any tiny change can push a system into an entirely new state. This is because the scientific validity of tipping points came much later. The stable environmental conditions during the last 10,000 years, called the Holocene, helped humanity to thrive, but because of the exponential increase in the rate of change, we would reach the tipping point fast. Human activities, unprecedented in the geological past, were quickly predominating natural forces in shaping the environment.

We are almost halfway to the 100-year mark predicted in The Limits to Growth, and there is a consensus that most of the fundamental factors discussed in the book have come true. Given the exponential growth of the population in parts of the world, the strain on precious natural resources has become acute, widening the gap between the haves and have-nots. The trend line presented in The Limits to Growth indicated that the global population might cross the seven billion-mark by the turn of the 20th century. The formal number available for the year 2000 was 6.11 billion, not considering the errors in understating the population in many poor countries. The current formal number stands at 7.9 billion. The population of impoverished regions of the world has gone up.

Indeed, technology has made some unbelievable progress in the last half a century. The report demonstrated that the process of economic growth, structurally based on Gross National Product (GDP) as a marker of growth, is inexorably widening the absolute gap between the rich and the poor along with the number of undernourished people. Not a single trend projected in the book has gone off the track in nearly 50 years. This realization is reflected in Nature’s editorial of March 16, 2022 commemorating the book’s fiftieth year, and advocates for global level discussions on the GDP-based measures of economic performance.

When The Limits to Growth was first published, environmental awareness was minimal, and huge knowledge gaps existed on the problems related to pollution. This book was the first to raise the issue of pollution, including the rising level of carbon dioxide emissions from the use of conventional sources of energy. The physical sciences later proved that the computer models on the relationship between environmental degradation and quality of life, introduced in The Limits of Growth, were fundamentally correct. For instance, almost coinciding with the United Nations Climate Change Conference in Copenhagen, Johan Rockström and others, in a feature article dated September 24, 2009, in Nature, cautioned that we do not have the luxury of treating each of the planetary boundaries in isolation as they are coupled. This means that if the Amazon forests are drastically reduced, it could influence the stability of mountain glaciers in far-off Tibet. Scientific research has shown how humanity has already transgressed three of the Earth system processes — climate change, rate of biodiversity loss, and the nitrogen cycle — and is fast approaching the boundaries for global freshwater use, change in land use, and ocean acidification.

The Limits to Growth shaped human outlook on key existential issues towards the latter part of the 20th century. This is spilling over to the present times. In the end, the book put forward the “concept of a society in a steady state of economic and ecological equilibrium” and admitted that it requires a “Copernican revolution of mind” to attain those objectives. Most importantly, by implication, it helped raise doubts on the current economic models, which are purely based on GDP, which encourages profligacy, depletion of non-renewable resources and rising emissions. Contrarian concepts like “de-growth” and “post-growth” are gaining momentum among economic thinkers to tackle biophysical processes such as climate change. But political thinkers believe that monumental challenges exist as “de-growth” societies are organised around fundamentally different cultural, social, economic, political, and technological concepts as compared to those organised around the ideology of growth, both from the capitalistic and Marxian points of view. Even parts of Gandhian principles, including the concept of human cooperatives, assume importance in the context of de-growth options. As The Limits to Growth emphasises, the question is not only “whether the human species will survive, but whether it can survive without falling into a state of worthless existence”.

Let us not depersonalise climate change

Does India need a nodal agency for bird studies?