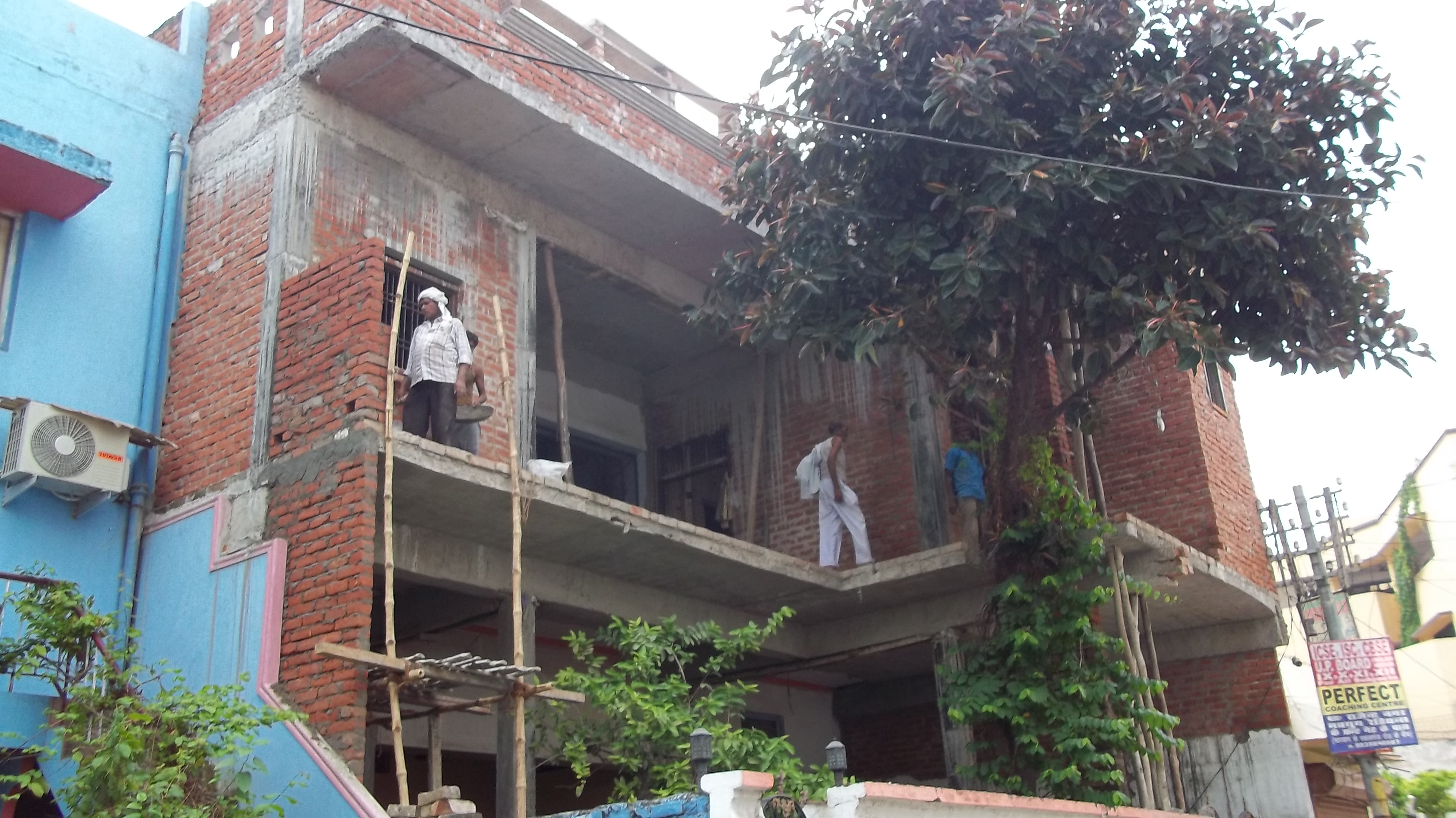 Corporator, responsible residents must play a role We asked: Against norms constructions in residential areas causing decline in green cover and open spaces in urban areas. As not many would wish to report against neighbor killing greenery, how should this issue be tackled? It is very true that these days, people are opting to get their lawns cemented for a cleaner look and they do not think twice about getting trees cut. Many people also extend portions of their house, like they get a garage built or even get some other construction done. In residential areas, it is an eyesore and also against norms. Not only this, people get trees planted on the roads outside their houses cut because they think the branches damage wires, which is wrong. It is true that it creates an unpleasant situation if my neighbor is doing such things but, if I really care for Nature, then I would not hesitate from reporting the matter. It is not really important to lodge a police complaint at once but ne can approach a group of like-minded people of the colony and try to talk sense with the person in question. However, if that fails, we should not feel bad about reporting the matter with an authority, be it the local police, the nagar nigam or the LDA because as per the norms, such extended constructions are illegal and unwise. Ritu Yadav, civil service aspirant There are people who are converting their residential houses into commercial ones and thus getting rid of greenery and â€˜kutchaâ€™ lawn into the bargain. Many have sold their houses to those who use the property as godown or build offices and/or shops. It is very painful to see greenery being butchered in this fashion. Such property dealers then start creating pressure on the neighbouring residents to also sell their property to them, which is unethical and illegal. But, does reporting such cases help? I donâ€™t think so as most of the new property owners are powerful and moneyed people and get away without any action against them whereas the person who reports stands cheated. Here I think it is the duty of the authorities concerned to keep an eye on such activities and initiate action on their own. Every residential colony has some association or trust. It is the duty of its members to ensure such activities do not take place. The local corporator should be held responsible. Yes, the residents can complain to him and if he does not act, then the matter should be reported. But it would be better if more than one resident of that colony does thatâ€”like sign a petition and hand it over. Divya Pandey, beauty & skin expert Topic of the month: What are the ways in which you can help in water and Nature conservation around you? You may send your views in 200 words at [email protected] Please also attach a colour photo of yourself.