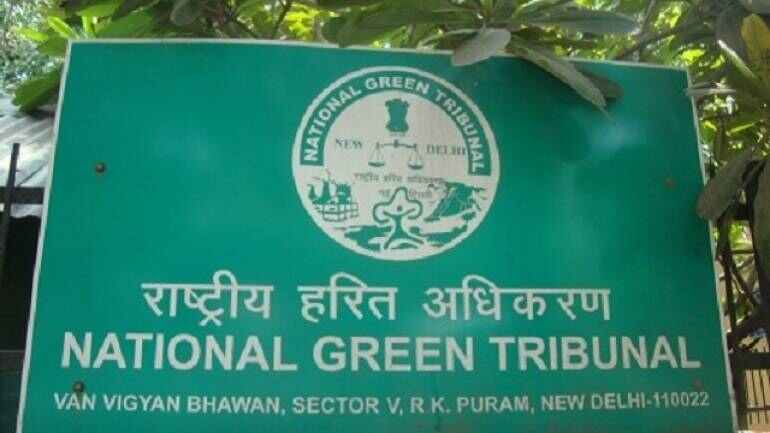 SC on Aarey case: Not stopping project, stay only on cutting trees

The Supreme Court has extended the status quo order passed on October 7 regarding the cutting of trees in Aarey colony in Mumbai suburbs. The bench comprising Justices Arun Mishra and Deepak Gupta also clarified that there was no stay on the construction activities related to Mumbai Metro Rail Corporation Ltd (MMRCL). The bench asked MMRCL to submit details about the number of trees transplanted by it to compensate the felling of trees. The Aarey case will again be heard in Supreme Court on November 15.

Senior Advocate Mukul Rohatgi, appearing for Maharashtra government, assured the court that “absolute” status quo had been maintained and that no trees had been cut since the top court’s previous order.“There are no building projects, these are absolutely false allegations. The only project is that of Metro car shed,” he said. Defending the construction of Metro shed project for expansion of Metro services in the city, Rohatgi said seven lakh vehicles were off the roads in Delhi because of metro services. After hearing the arguments presented by legal representatives, the SC bench clarified that there was no stay on metro project and the stay order was only limited to the felling of trees in Aarey colony. On October 7, when the Court was closed for Dussehra vacation, a special two-judge bench of Justices Arun Mishra and Ashok Bhushan was constituted after a group of law students wrote to Chief Justice Ranjan Gogoi seeking the apex court’s urgent intervention to stop the cutting of trees in Aarey colony. It came a day after the Bombay High Court rejected an application moved by environmentalists seeking a stay on the cutting of trees.

On October 4, a division bench of the Bombay High Court comprising Chief Justice Pradeep Nandrajog and Justice Bharati Dangre dismissed five petitions filed by NGOs and environmental activists challenging felling of trees in Aarey Colony in Goregaon. The Court said the decision taken by the Urban Development Department to reserve the area for metro car shed (as per notifications issued on 24th August 2017 and 9th November 2017) were challenged in the Bombay High Court in a previous case. The challenge was not entertained by the division bench then. That division bench in its judgment given on October 26, 2018 noted that there was nothing on record to show that the land was a forest. The SLP against that judgment is pending in Supreme Court. Also, another case is pending in the National Green Tribunal seeking declaration of the area as forest and challenging the exclusion of the region from notification for eco sensitive zones issued by the Union Ministry of Environment of Forests in 2016. In such back drop, the High Court in its October 4 decision held that the petitions could not be entertained as the issue was already decided by an earlier co-ordinate bench. The Bombay High Court in its judgment allowing cutting of trees at Aarey Colony compared environmentalists to David and the development work (Metro Car Shed) as industrial ‘Goliath’. Court said: “Repeatedly, Davids (environmentalist) take on industrial Goliath’s. Relationship with nature and love for environment alone is true and all other relationships are unreal and temporary, is their belief. Their hearts are a temple of devotion to flora and fauna. In the instant case, the Davids row their boat with faith, courage and devotion in the storm of development; but directionless. The Greens fail in the instant petition because they have lost touch with the procedure to be followed as per law.”

The court observed: “It being not in dispute that the word ‘forest’ has not been defined in the Indian Forest Act, 1927 nor the Forest (Conservation) Act 1980 the ordinary dictionary meaning of the word 'forest' has to be adopted; which would mean a large tract of land covered by trees on which no agricultural activity is undertaken. Regretfully, the State of Maharashtra has not formulated any policy laying down the parameters to determine either the extent of land or treat coverage therein for qualifying the land as a forest. We find that State of Gujarat has notified a policy as per which 2-hectare continuous land having tree coverage of above 50% would qualify the land as a forest land. The material placed before us is much more than what was placed before the Division Bench on the issue of the green coverage in the area.” Finally dismissing the petitions, Court noted: “Since we agree that the coordinate Division Bench decision of this Court ties our hands, we need not elaborate on the submissions made by the learned counsel for the respondents that 525 hectare land has already been diverted to 24 departments and the map of Aarey Colony shows that the said 24 diversions are spread over the 1280 hectare of land in Aarey Milk Colony i.e. do not form a contiguous part, requiring therefrom to be inferred that what was originally a forest has degenerated and the clock cannot be put back. We do not make any comments thereon for the reason the petitioners have to now swim or sink before the Supreme Court with respect to the Special Leave Petition filed by them and the proceedings before the National Green Tribunal.”

On the next day, an application for stay of the judgment was moved stating that the authorities were taking hasty plans to cut down the trees taking advantage of the holidays in the Supreme Court. The petitioners therefore sought a stay until they move the SC against the judgment. But a special bench of the Bombay High Court on Saturday dismissed the stay application. Over 2000 trees in the Aarey colony were proposed to be axed for the construction of a metro car shed for the Mumbai Metro Rail Corporation Ltd.

The National Green Tribunal has slammed the Delhi government’s awareness activities to tackle noise pollution, saying they were inadequate in terms of quality and quantity. The green panel said that steps should be properly planned and coordinated and an yearly action plan covering different thematic areas of environmental problems needs to be clearly identified. A bench headed by NGT Chairperson Justice Adarsh Kumar Goel also said that penalty for bursting crackers needs to be revised. “The Central Pollution Control Board has suggested that compensation should be 2-3 times for second and third violations accompanied by withdrawal of permission for installation/operation for their equipment,” the bench said. The NGT also rapped the Delhi Pollution Control Committee (DPCC) over noise pollution and said the progress made by it to control the problem can hardly be held to be adequate. “We are sorry to record that DPCC has been wholly amiss in performance of its duties. There is no satisfactory data about the action for violations though violations are rampant and widespread which is failure on the part of all the concerned statutory authorities entrusted with the enforcement of law,” the bench said.

The tribunal took note of the submission by M P George, representing DPCC, that the requisite equipments will be procured within 60 days and monitoring stations will be set up within the said time. “In view of the long and continued failures in the past, it becomes necessary to direct that if this is not done even by January 31, 2020, Member Secretary, DPCC and Dr M P George will not be entitled to draw salary till the direction of this tribunal is complied with,” the bench said. It also noted the submission of the special commissioner of police who in his status report assured the tribunal that the requisite equipments will be required by March 2020. “Accordingly, the Special Commissioner of Police and Deputy Commissioner of Police (Provisioning and Logistics) will not be entitled to draw salary, if there is non compliance even up to April 1, 2020, till compliance,” it said. The tribunal also directed the CPCB to lay down stringent compensation for tampering with the sound limiters and asked it to submit a compliance report by March 31, 2020, by email. The NGT had earlier directed the CPCB to prepare a noise pollution map and remedial action plan to solve the issue across the country.