“I’ve loved India ever since I participated in Bigg Boss and adopted my beloved dog companion Pyari, who was found at a construction site in Mumbai..." 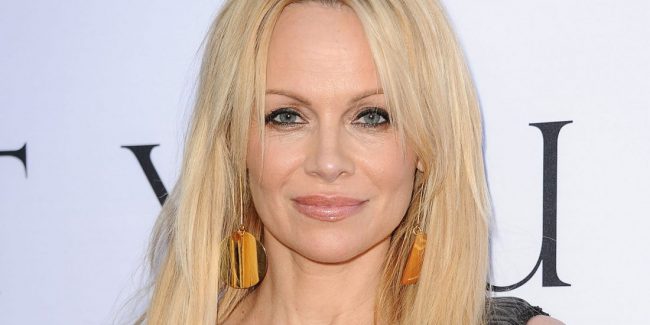 “I’ve loved India ever since I participated in Bigg Boss and adopted my beloved dog companion Pyari, who was found at a construction site in Mumbai,” writes Anderson. “So, it worries me that the Intergovernmental Panel on Climate Change has warned India will suffer from more frequent and intense heat waves, severe rainfall, and other extreme weather conditions due to climate change if global emission trends don’t change.” Anderson points out that the United Nations has warned that a global shift towards animal-free eating is necessary to combat the worst effects of the climate catastrophe and that animal agriculture is responsible for nearly one-fifth of all human-induced greenhouse gas emissions. In addition to harming the planet past the point of no return, the meat, egg, dairy, and leather industries are abysmally cruel to animals, who are forced to spend miserable lives in intensive confinement before their throats are slit in slaughterhouses. “Meat, egg, and dairy production causes tens of billions of animals to suffer every single year, and now, the whole planet is burning because of it,” says PETA India Vegan Foods and Nutrition Specialist Dr Kiran Ahuja. “PETA India and Pamela Anderson are asking members of parliament to lead by example simply by eating and wearing vegan.”

The National Green Tribunal has imposed a compensation of Rs 41.21 crore on state-run Singareni Collieries Company Limited in Telangana for violation of environmental clearance conditions and mining excess coal. A bench of justices K Ramakrishnan and expert member Dr Satyagopal Korlapati directed the mining department to calculate the penalty payable for the excess mining, in view of directions issued by the Supreme Court.

“Singareni Collieries Company Limited (SCCL) is directed to pay a compensation of Rs 41.21 crore. within a period of three months with the Telangana State Pollution Control Board, and if the amount is not paid within that time, the state pollution control board is directed to take steps to recover the amount from them by requesting the district collector to initiate revenue recovery proceedings,” the bench said. The green panel directed the Telangana State Pollution Control Board to identify people whose houses have been damaged, as observed by a joint committee, partially due to vibrations caused on account of blasting during the initial stages. “The environment compensation amount will have to be utilised for the purpose of preparing a welfare scheme for protecting the welfare and interest of the people who are residing in and around the coal mining area who are likely to be affected by the project activities, and also a portion of the compensation will have to be utilised for meeting the welfare of the tribal settlement, if any, situated in Khammam district or nearby districts. Mode of welfare scheme etc., will have to be evolved by the committee appointed by this tribunal for this purpose,” the bench said. SCCL were also directed to provide necessary greenbelt and other pollution control mechanism to avoid air and dust pollution being caused. They were also directed not to discharge any trade effluents or liquid waste generated during the operation of their mine, and to strictly implement the ZLD within their unit.  - TTN

Do not ignore dog scratching its ears