15 plants you can’t trust your kids & pets with

15 plants you can’t trust your kids & pets with

We are not saying you cannot keep them, but watch tiny house dwellers around these species closely. Children and animals might get sick or worse from eating their leaves or flowers... 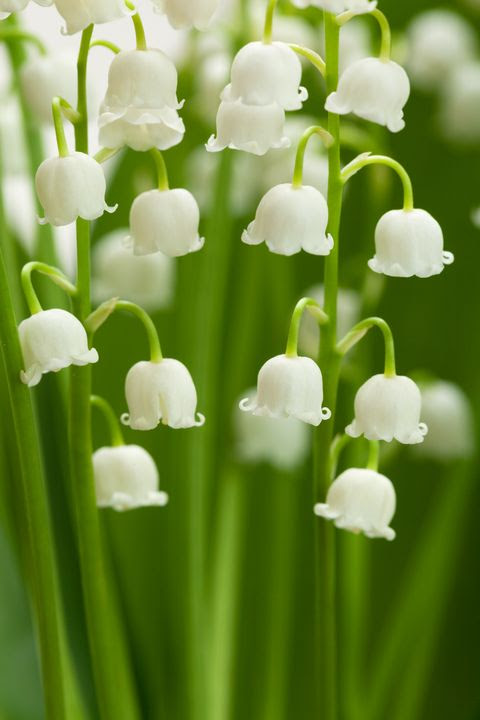 We are not saying you cannot keep them, but watch tiny house dwellers around these species closely. Children and animals might get sick or worse from eating their leaves or flowers.

Lily of the Valley

Breaking Bad fans will remember that Walter White used this sweet-looking plant for some not-so-sweet deeds. Consuming its toxic compounds — called cardiac glycosides — can send people to the hospital with symptoms like dizziness, vomiting, rashes, and diarrhea. If left untreated, those little bells can even cause death.

Castor oil plays a part in many home remedies, but the actual plant itself is more likely to kill you than cure you. The seeds contain one of the most poisonous naturally occurring substances known to man, according to Cornell University College of Agriculture and Life Sciences. Just one seed can kill a child, as the toxic protein ricin can cause severe dehydration from vomiting and diarrhea.

The garden vegetable's stems do make for delicious pies. Just do not try using leaves. Eating too much will shut down the kidneys, occasionally proving fatal.

Don't let the pretty colors fool you. These bell-shaped blooms and their berries entice kids, but contain a compound used for treating heart failure. Eating them is like "taking an unregulated dose of heart medicine," according to Poison Control.

Thankfully this climbing vine rarely harms humans, but the seed pods are toxic to dogs, cats, and horses. Head to the vet if you develop symptoms like vomiting or diarrhoea.

While they're most popular, lilies in the Hemerocallis genus endanger cats. These include common tiger and daylily varieties. Eating just a small amount can lead to acute kidney failure or death.

Also known as dumb cane and elephant ear can become deadly if ingested, causing the airways to swell shut. Even brushing against it can cause burning or itching.

The bulbs are the most poisonous part of these so-called friendly flowers, so you might think twice about planting them if you have a dog who likes to dig. Ingesting too much could cause vomiting, diarrhoea, convulsions, tremors, and cardiac arrhythmia.

These popular blossoms contain a toxin that's no joke: cyanide. But don't uproot your plant just yet. Pets and humans need to ingest quite a bit of these flowers for the effects to be fatal.

Eating only a small part of this plant (which flowers in white, pink, or red) can be fatal. In one case, just one leaf was enough to harm a child. Symptoms of poisoning include drowsiness, slowed heart rate, and shaking.

These beautiful blooms look picture-perfect peeking out over a white picket fence, but the entire plant is highly toxic. Ingesting a flower, stem, or leaf could lead to abdominal pain, difficulty breathing, paralysis, coma, and even death.

These small white flowers might appear in your garden as weeds, and if you have curious pets, you should remove them. White hemlock's toxin (which smells like carrot) attacks the nervous system, and can cause serious harm to animals and humans.

The sap from these trendy houseplants can irritate your skin and mouth, resulting in throat swelling, breathing difficulties, burning pain, and stomach upset. Severe reactions are rare, but it's still best to keep philodendrons away from kids and pets.